In a Post Covid-World, the Africa Continental Free Trade Area could not come soon enough

In a Post Covid-World, the Africa Continental Free Trade Area could not come soon enough 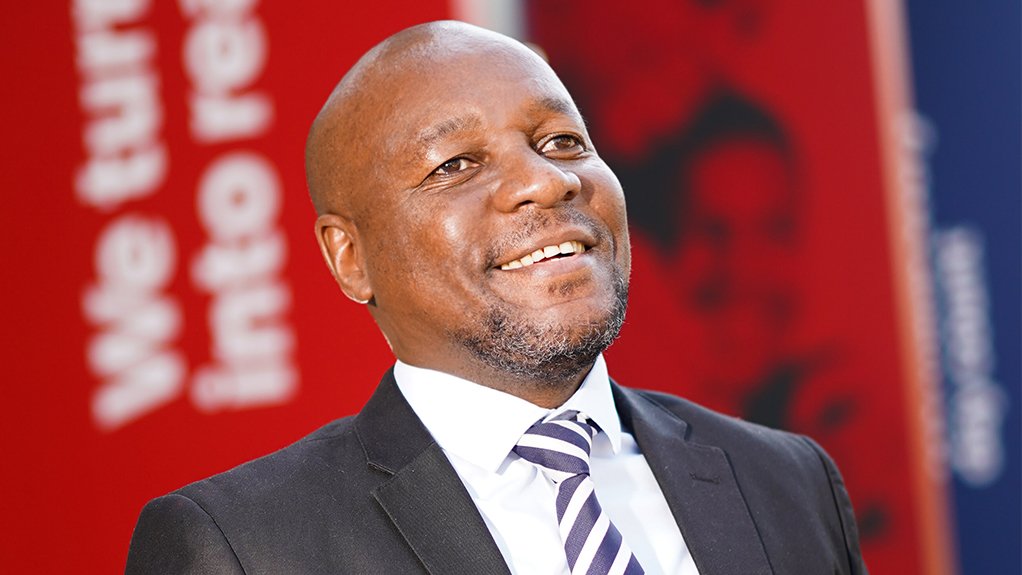 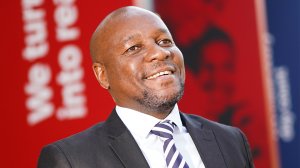 How is Covid-19 Affecting Africa?

In its April 2020 Africa’s Pulse Report, the World Bank concluded that Sub-Saharan Africa (SSA) will face a significant economic downturn as a result of the Covid-19 pandemic that has gripped all countries on the African continent. The bank projects an SSA Gross Domestic Product (GDP) contraction of anywhere between 2% and 5% in 2020, that would signal the first real recession for SSA in over 25 years. Pre Covid-19, the African Economic Outlook report published by the African Development Bank had projected 3.9% growth in 2020 and 4.1% growth in 2021.

The lockdowns instituted by many countries in Africa and the world to manage the spread of the virus have limited commerce, disrupted supply chains and caused reductions in global trade. The global nature of this economic upheaval means limited spaces for African trade.  Global demand for most commodities has slumped, reductions in investment capital inflows and shifting spending priorities in the United States of America (USA) and European Union (EU) will reduce official development assistance to Africa. The World Bank report noted that Angola, Nigeria and South Africa would suffer the largest economic contractions in 2020/2021 due to significant reliance on commodities for which the international demand and prices have significantly reduced.

Using crude oil as an example, exports are a big earner of foreign exchange for Angola and Nigeria, making up a significant share of both countries’ gross domestic product (GDP). On 20 April, the West Texas Intermediate (WTI) price, which is the USA oil benchmark indicator, fell to a negative $37.63 per barrel – a first in the history of the world. While technology played a part, the oversupply and lack of storage caused by a global demand slump was a big factor. Oil prices remain at historic lows, gutting the foreign exchange revenues of exporters.

Those countries with a high dependency on tourism will see a sharp decline in revenues as the volume of international travel is significantly curtailed. The tough economic conditions and fears of the coronavirus will reduce demand for flights, hotels, car hire and other international leisure products. Overall, the ability of governments to collect taxes will reduce, while, at the same time, pressure is mounting on many governments to increase social, healthcare and economic support expenditures to alleviate the hardship on families who are facing uncertain futures and possible unemployment. Financing emergency relief measures will force a number of countries to increase deficits, thus deteriorating the fiscal balance and seek loans driving up national debt levels.

The Covid-19 pandemic has simply magnified systemic and structural challenges that already existed in the economies of many countries. Notably the problematic reliance on the same old economic models that are based on Africa extracting commodities such as oil, gold, copper and other agricultural resources for raw export to Europe, Asia and Americas in exchange for hard currency has not changed much. African countries, in turn, import finished products (in some cases beneficiated commodities initially exported raw by the same countries) at significantly higher prices, depleting the limited foreign exchange earned from exports. The rest is spent servicing rising foreign debt increasingly sourced from Asia and leakages due to malfeasances and wasteful expenditure.

Warning signs of the dangers of the current global economic structure has been on the ‘wall’ for Africa for many decades. This is borne out by the aspirations of our forefathers and mothers who, in 1963, established the Organisation for African Unity (OAU) in Addis Abba. On 9 July 2002, the Africa Union (AU) was established at the OAU summit in Durban as the successor organisation. Former president Thabo Mbeki was appointed the first president of the newly established AU. One of the most significant requirements placed on the AU, in particular the AU Commission on Trade and Industry, was to ensure the expansion of intra-African trade and the creation of a Continental Free Trade Area (CFTA).

Commitment to these goals is further captured in the AU’s Agenda 2063, adopted on 31 January 2015 at the 24th Ordinary Assembly of the Heads of State and Governments in Addis Ababa. The agreement establishing the African Continental Free Trade Area (AfCFTA) entered into effective on the 30 May 2019. In total 54 of the 55 AU member states signed the agreement (except Eritrea) and by 31 January 2020, 29 countries, including South Africa, had deposited instruments of ratification. Commencement of trading under the AfCFTA is currently set for 1 July 2020. With a projected combined population of 1.2 billion, a GDP of US$3.6 trillion and 55 member states, the AfCFTA will be a significant trade and economic force. The elimination of tariffs and non-trade barriers may double intra-African trade according to the United Nations Economic Commission.

What is apparent, is that the current global trade power balances and status quo are not working in Africa’s favour and at no time in recent history is expanding intra-African trade more urgent than now. Prior to the Covid-19 public health and economic catastrophe, many African countries were already battling significant economic ‘trade winds’. South Africa’s economic growth projections for 2020, for example, had just about flat-lined. In April this year, the country suffered a further blow when Moody’s Investor Services downgraded its sovereign credit rating to sub-investment grade. Rising nationalistic sentiments in parts of Western Europe and America seek to reframe negatively the ‘globalist’ trade agenda set by the World Trade Organisation and other Bretton Wood institutions. Some developed countries have been more willing to act outside of the rules set in the Marrakesh Agreement of 1994. The well-established dispute-resolution procedures have been ignored. Some developed nations have opted for unilateral measures, including levying tariffs or other forms of restrictive trade practices or sanctions.

A case in point is the China-USA tariff war that has been waged outside the internationally recognised norms of global trade-dispute resolution. The USA contends that China is violating WTO rules by placing unfair trade barriers and tariffs on American companies and products while the Chinese enjoy very low and, in some cases, no tariffs at all on their products exported to the USA. The USA argues that China is afforded developing-country status, thus enjoying market-access rights and preferential treatment in global trade similar to that enjoyed by poorer countries in SSA. Right or wrong and no matter on which side you seat in this argument, the resultant tariffs on Chinese goods by the USA resulted in the Chinese economy growing at its lowest levels in nearly 30 years, even before Covid-19 effects. The announcement of a probe by the USA into the origins of the coronavirus and broadsides at the World Health Organisation (WHO) for being ‘China-centric’ suggests that USA-China relations are heading for turbulent times.  At the meeting of the World Health Assembly held on 18 May 2020, tensions between the USA and China were palpable. Over 100 countries supported an international independent investigation on the origins of Covid-19. This places more focus and pressure on China and its standing in the world.

Why is this important to Africa?

According to the General Administrations of Customs of China, the country’s total trade with Africa stood at a whopping $208 billion in 2019 and economic projections were for a rise in trade levels over the next few years. The tariffs implemented by the USA against China have unfortunately taken the wind off the sails of China-Africa trade. The Africa Development Bank forecasted a potential 2.5% GDP decline over the next three years should the trade wars continue. For example, USA steel and aluminium tariffs have significantly hurt South African exports to the US. This, coupled with declining Chinese demand for commodities in general, could have a chilling effect on Africans. Enter Covid-19 and Africa’s structural trade weakness and dependencies are further exposed.

These global seismic events have rendered the continents leader’s spectators in a game of chess between the east and the west. As an old African adage says ‘When elephants fight, it’s the grass that suffers’.  It is clearer today that, individually, the 55 AU member countries are too small to compete globally due to lack of global scale and political influence that limit their individual negotiation positions in trade deals. The thinking behind our continental programme as espoused by the Abuja agreement is that a united negotiating position is the best bet. For this to happen, the continent must achieve uniform customs rules and expand intra-Africa trade. This will allow better advantages in negotiations, allow Africans to trade more with each other and reduce over-dependence. This appears the only viable long-term strategy to achieve a level playing field and greater independence, because divided we will definitely fall.

South Africa currently exports only 27% of its products to African countries and the rest of its exports are destined for Europe, Asia and the Americas. According to the Africa Trade Report 2018, produced by AfriExim Bank, total intra-African trade (imports plus exports between African countries in total as a percentage of total continental imports plus exports) sits at a low 16% compared to 67% intra-Europe trade, 58% for intra-Asian trade, 48% North-American trade and 20% for Latin America. The same report notes that the successful implementation of AfCTA will result in the removal of tariff barriers, thus increasing trade, lowering production costs and spurring economies of scale across Africa.

Africa had a lot to celebrate in 2018 and 2019. African leaders finally put the long-held desire for a trade and customs union back on track after many years of planning and negotiations - starting in March 2018 in Kigali with an extraordinary summit on the AfCFTA that culminated in the signing of the agreement to establish the AfCFTA. This was coupled with the Kigali Declaration and Protocol to the Treaty, establishing the African Economic Community. The protocols adopted covered market access and free movement of people and rights of residence and establishment.

On 1 July 2020, the African continent is set for a bigger celebration, marking a new trade revolution, as that date is the official commence date for trading under the AfCFTA. Questions are, however, swirling around how we can open up trade national borders that are shut in an attempt to fight Covid-19. The Afro Champions Initiative report of April 2020 notes the following impacts caused by Covid-19 on the AfCFTA:

In an unprecedented move, some of Africa’s top business leaders have written an open letter to African ministers and presidents appealing for the 1 July date to be kept and that various other measures be put in place to ensure that momentum is not lost. The business leaders and the organisations they represent include luminaries such as James Mwangi, chairman of Equity Banking Group Kenya; Nonkululeko Nyembezi-Heita, Business Leadership SA; Busi Mabuza Industrial Development Corporation of South Africa; Hisham Ezz Al-Arab Commercial International Bank of Egypt; Chamsou Andjorin, Director Boeing SSA; and Gervais Djondo, co-founder of Ecobank Transnational Inc.

Regardless of the current challenges that Africa and indeed the whole world are facing because of Covid-19, the struggle towards the realisation of a free trade area and customs union is REAL. The leaders of the continent need to marshal all their resolve, courage and wisdom to see through the AfCFTA implementation, because, literally, African lives and the aspirations of our youth depend on them.