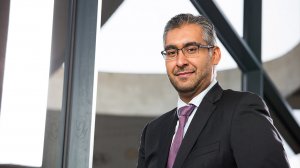 Logistics group Imperial aims to strengthen its proposition as “the gateway to Africa” with a potential expansion into air/ocean freight management, says CEO Mohammed Akoojee.

“We are strong in land-based freight management, but this will unlock a new level for us.”

Speaking in Johannesburg at the Imperial results for the six months ended December 31, Akoojee said Imperial had already made four acquisitions in the healthcare and consumer sectors in the past few months, spending R584-million total, to support its African ambition.

“We want to say to our clients that if they want to get their product into Africa, there is only one company they should think of, and that is Imperial,” he added.

He said it was Imperial’s ambition to offer a single, integrated solution, “but we’re not there yet”.

Akoojee said Africa held significant market potential, with consumer spending set to grow to $4.75-trillion in 2050, up from $1.4-trillion in 2017.

“The size of the prize . . . it’s huge,” said Akoojee. “It will require a massive amount of logistics to get product to the consumer.”

The one method Imperial uses to gain traction in Africa is called market access, where the group takes ownership of the stock and sells it on behalf of multinational companies into the region.

This now makes up 30% of the company’s operating profit.

Previously, sourcing and procurement activities were only focused on the healthcare market, but Imperial now wants to add these activities to its other focus industries.

The group has already, for example, expanded its activities in  Ghana to also focus on consumer goods, and not only pharmaceuticals.

Imperial was also focusing on activities such as demand generation and light contract manufacturing, which might include contract packing, said Akoojee.

He added that Imperial’s European business would be aligned to its African strategy, as Europe was a vital product source for Africa.

Imperial has also established a $20-million innovation fund with Newtown Partners to position the group to take advantage of disruptive technologies and new innovations.

The fund is to invest in high-potential startups in relevant supply-chain and logistics technology areas.

Imperial recorded a 1% increase in continuing revenue, to R25.4-billion, for the six months under review, compared with the same period in 2018, despite significant headwinds in the European and South African economies.

Continuing operating profit was up 9%, to R1.6-billion.

With operations in South Africa, Africa and Europe, Akoojee noted that the Covid-19 virus outbreak was starting to impact its business in Europe through stock shortages in the chemical and automotive markets.

“It is difficult to quantify this impact,” noted Akoojee.

He added that the next six months would still produce challenges for Imperial in Europe and South Africa, even if the company expected growth in operating profit.

South Africa, in particular, had seen a significant drop in the industrial logistics arena, such as the movement of cement and steel, while load-shedding had also impacted Imperial’s clients, said Akoojee. There were also continued margin pressures on contract renewals.