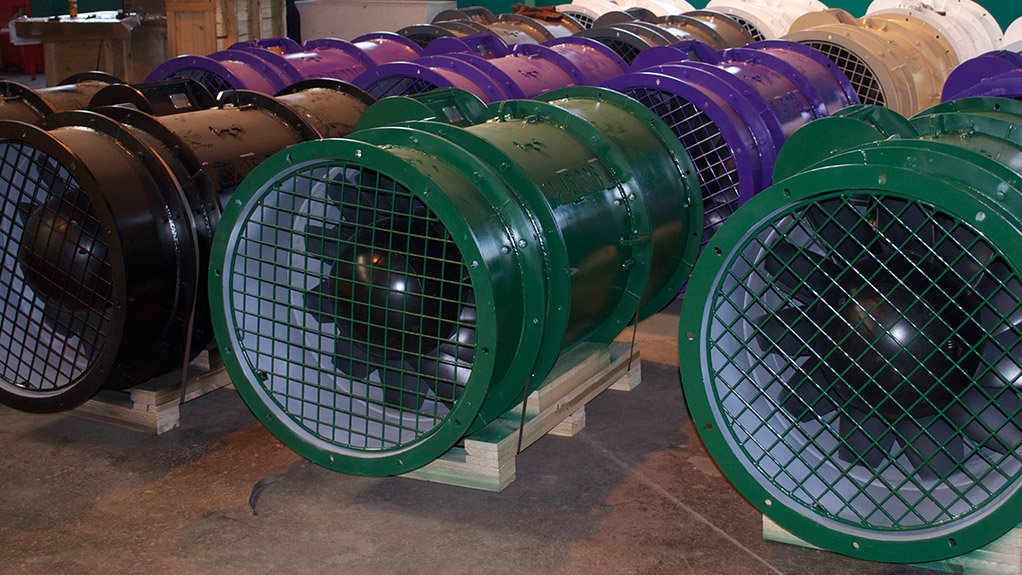 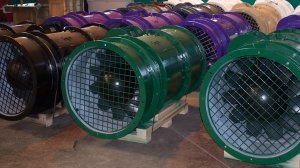 Having been awarded significant contracts to retrofit fans at several mining operations in South Africa in the past two years, high-performance fan designer and manufacturer MechCaL will actively focus on establishing a footprint in other industries, such as steelmaking, MD Gavin Ratner tells Engineering News.

“As MechCaL can supply heavier industries with niche products, one of the company’s key focus areas is to diversify its industrial market share,” he says, noting that the company’s innovative patented fan designs combine both steels and lightweight materials to create fans that provide increased efficiency; operational, maintenance and energy savings; and longer mean time between failures.

MechCaL also supplies fans to the South African, US and Australian rail industries for traction cooling and retard grid cooling, he points out.

Product Performance Ratner highlights that, of the 1 347 composite and steel impeller fans that have been supplied to the local mining industry since 2012, MechCaL had repaired only 121 fans since initial installation. This number includes the high failure of composite impellers, which were then repaired and upgraded to steel impellers.

“However, if the composite impellers repaired are excluded, about 3.13% of the fans have failed since their respective installation dates - this after 30 months of operations. In light of this, maintenance and repair costs have been significantly reduced for the mines,” Ratner points out, adding that of the total number of fans, those MechCaL had repaired and upgraded amounted to about 9% over the same extended period.

A reduction in maintenance stoppages is becoming increasingly important in industry and the mining sector, as mines are increasingly evaluating capital and operational costs of equipment, Ratner says.

“Companies prefer equipment that can show significant savings over the product life as a result of energy costs rising, as well as the cost sensitivity of the industry. Moreover, maintenance and the resulting maintenance costs remain significant elements of running these fans,” he adds.

Latest Projects MechCaL has been contracted to retrofit and install about 316 fans, ranging from the 762 mm 22 kW fans to the standard 762 mm 45 kW fans, as well as a few of the 1 016 mm 75 kW units for underground use at mining major Anglo American Platinum’s mines.

Delivery and installation of the fans has started and will continue until March 2015.

A key reason for the retrofitting of the fans is that MechCaL’s designs have been proven to provide 80% or better efficiency in performance and to deliver higher flow rates.

Ratner explains that the type of fans currently used at underground mines are cambered plate fans that are traditionally inefficient. “At best, these fans perform at 60% efficiency and have, in most cases, been refurbished numerous times, resulting in a degradation of performance.”

However, key indirect benefits of MechCaL’s fans include fewer production stoppages at mines, owing to the fans’ overall advanced performance and because work can continue even if a fan is not running, Ratner points out.

“The MechCaL fan is significantly efficient, resulting in direct energy savings, with the long-term mean time between system failures resulting in maintenance savings,” he highlights.

Other key features of the fans include a patented bearing support system, which reduces the bearing vibration and thereby enhances the fans’ bearings protection and extends product life. The fans’ electric motors allow for a higher margin to manage any shock loads through phased power drops from the power supply network. This – from a maintenance point of view – allows for the benefit of having fewer motor burnouts, Ratner adds.