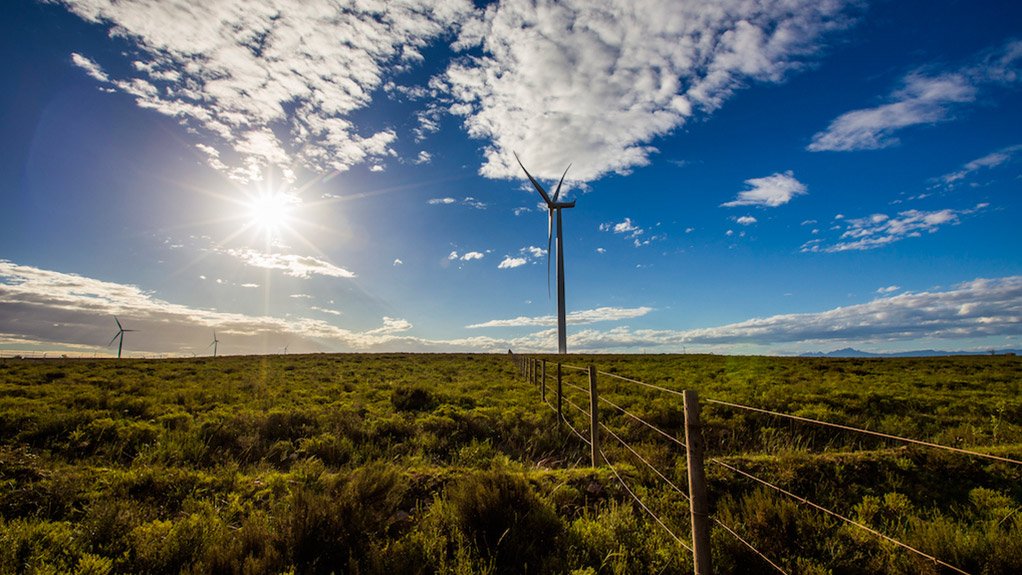 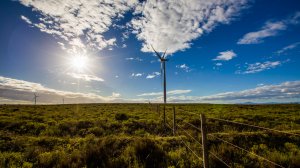 The joint developers of the R3-billion Jeffreys Bay wind farm, situated alongside the N2 in Eastern Cape, have lauded South Africa’s transparent and well-run renewable-energy bidding programme and indicated on Wednesday that they would be participating in the upcoming fourth bid window.

However, the global heads of both Mainstream Renewable Power and Globelec – whose companies have, to date, invested in 238 MW of wind and solar capacity – warned that the benefits of unfettered competitive bidding were limited and urged government to ensure the programme sustained an appropriate “balance” between risk and reward.

In fact, Mainstream CEO Dr Eddie O’Connor, who is a global renewables industry pioneer, indicated that South Africa should avoid pursuing “bragawatts”, which he described as projects that look promising in theory, but could not be delivered in practice, owing to overly ambitious pricing.

Average wind prices had fallen from close to R1.15/kWh to below 80c/kWh, which O’Connor estimated to be about 25% cheaper than prices that would flow from the Medupi and Kusile mega coal projects being built by Eskom.

Globeleq CEO Mikael Karlsson, whose company had already invested $100-million into REIPPPP projects, said the certainty provided through the REIPPPP had unlocked over R120-billion in private capital and had made the South African programme one of the most successful in the world.

To date, 3 931.4 MW across 64 projects had been approved for development under the REIPPPP, with 47 projects having reached financial close. The 17 third-round winning bidders were due to reach financial close on a staggered basis from July 30.

But Karlsson said success rates had also declined, which, together with a sharp fall in prices, was adding to investor risk – it cost a developer between $500 000 and $1-million to make a REIPPPP bid submission.

Globeleq continued to have an appetite for the South African programme and intended to bid projects, in some cases in partnership with Mainstream, in the fourth bid window. But Karlsson admitted to being concerned that prices were becoming unsustainable.

O’Connor was more forthright, saying prices were “getting dangerously low”. He reported that he had raised the matter during recent interactions with government officials, as well as the fact that some countries, such as Costa Rica, had introduced price collars to mitigate the risks of unsustainable bidding.

Another way for government to lower the risk would be to increase the yearly renewables allocation to around 2 000 MW.

There was also a view that prices were likely to continue to decline as technology advanced and developers improved their confidence in the wind and solar resources.

But both Karlsson and O’Connor were full of praise for the way all the partners, public and private, had supported the development of the Jeffreys Bay wind farm, which reached full commercial operations on May 15.

The facility comprised sixty 2.3 MW Siemens turbines, which had been built without a single injury on site.

The 20-year power purchase and implementation agreements for the project were signed on November 5, and State-owned power utility Eskom would be buying all the power arising from the project for R1.14/kWh.

The Jeffreys Bay project spans 3 700 ha and eight farms between the towns of Jeffreys Bay and Humansdorp, in the Kouga local municipality district, and the 80 m tall towers each have rotors with a diameter of 101 m.

Crucially, the wind farm is in close proximity to a 132 kV Eskom transmission line and was relatively easy to connect – an issues that is likely to become increasingly challenging as additional renewables projects are introduced.

Siemens Wind Power provided expertise and technology for the supply, installation, and erection of turbines, and will also maintain the turbines for a ten-year period. The civil and electrical works, including construction of a new substation, will be completed by a joint venture between Murray & Roberts Construction and Consolidated Power Projects.

“It’s remarkable to consider that by the end of this year the country will have more than 400 turbines reaching into the sky, all helping to reduce the use of fossil fuels and precious water in meeting the country’s energy requirements,” Pickering enthused.

Department of Energy deputy director-general Dr Wolsey Barnard reported that there were currently 14 renewable-energy plants connected to the grid, with a combined nameplate capacity of 600 MW. The figure should rise to over 1 000 MW by year end.