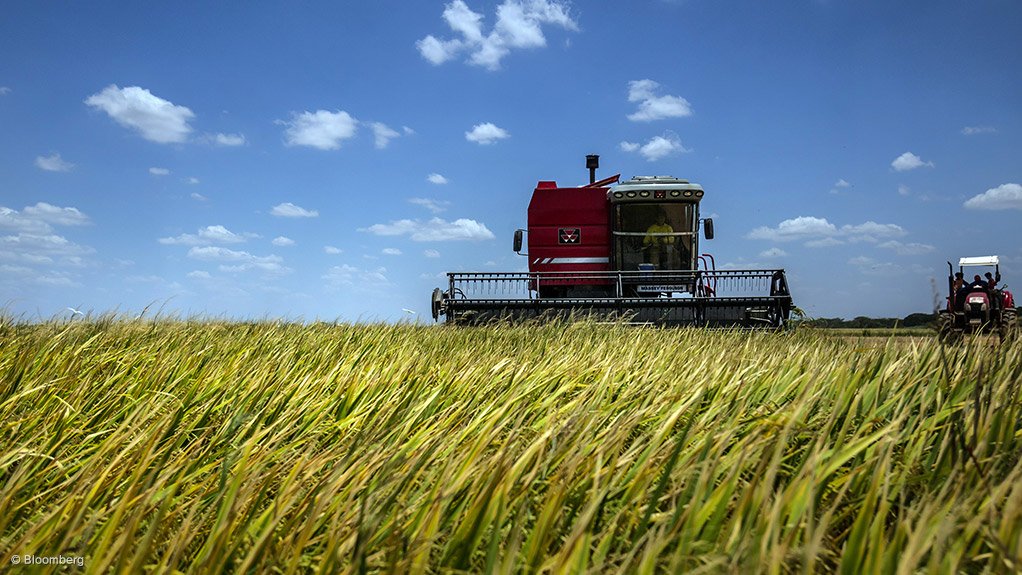 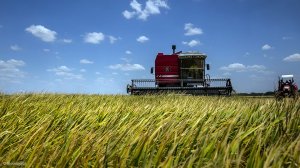 Photo by Bloomberg
SUNNY PROSPECTS The local agriculture, forestry and fishing industry grew the fastest in 2014, expanding by 5.6%

From a production perspective, the future of the South African agriculture sector is brighter than expected, which is a good sign when it comes to food security, says South African financial services group Standard Bank.

This outlook can be attributed to the country’s positive population growth, the sustained growth in per capita income and strong regional growth, as well as evolving consumer behaviour, says Standard Bank Agribusiness head Nico Groenewald. He explains that these factors are considered the demand-pull growth factors driving agriculture demand for food and textiles.

“These positive aspects are pulling local agriculture into a positive environment,” he says, pointing out that, as the sector has experienced stable, positive growth since 2011, Standard Bank continues to foresee that growth in the future.

Agriculture achieved below 6% growth in 2014 – a growth that outweighs the current economic growth, Groenewald stresses.

Statistics South Africa states: “South Africa’s economy grew by 1.5% in 2014, down from 2.2% in 2013, according to preliminary estimates of real gross domestic product (GDP),” with the agriculture, forestry and fishing industry growing the fastest in 2014, expanding by 5.6%.

While a portion of this growth can be attributed to the exchange rate, in terms of export products – in US dollars, where applicable – the expanding production capacity and product quality provided would also have assisted industry growth, adds Groenewald.

Industry Concerns He further highlights several industry concerns that affect the current growth forecast of the sector. These include climate change and droughts, which are an ongoing challenge, though a normal and unfortunate phenomenon in agriculture.

Electricity supply remains critical for agriculture, particularly for intensive farming operations that implement copious irrigation for specific processes in the production process. The absence of electricity for irrigation could disturb the biological cycles, thereby potentially negatively impacting on the business, he says.

“However, farmers are exploring alternative sources of energy, including wind and solar, as well as the use of plant material for biogas,” he says, pointing out that this will become a greater trend in agriculture to ensure farmers’ independence, as well as a secure and sustainable electricity supply.

He adds, as an example, that the local sugar industry is pursuing these concepts, while feedlots are also exploring biogas energy- source adaptation methods.

Sector Debate Groenewald points out that farmers are aware of and debate these industry challenges vigorously. Further, he reiterates that these issues, including climate change, labour relations, the interplay between labour and the application of technology, labour training on how best to best use available technology, and the proposed land reform framework, should be key topics discussed at this year’s Nampo Harvest Day.

The event will take place in Bothaville, in the Free State, from May 12 to 15.

During the 2015 State of the Nation address in February, President Jacob Zuma noted that, in terms of a proposed Bill, “a maximum ceiling of 12 000 ha [will be imposed] on agricultural land owned by all legal and natural persons (including South Africans)”.

“Nampo is the biggest showcase of agriculture in the southern hemisphere and aims to ensure awareness of the role that it plays. Further, while primary agricultural production only contributes about 2.5% to the economy, it remains of strategic importance that the sector is stable and progressing to ensure food security,” Groenewald concludes.

Industry Integration
While there is focused industry talk in the local agriculture sector regarding the uncertainties of climate change, land reform issues and technology interplay, there remains a continued need for expansion and development where agricultural assets and technology are concerned, financial services group Standard Bank Agribusiness head Nico Groenewald says.

“Farmers are actively participating in the debate, but it is not deterring them from continued investment in their businesses,” he says.

Owing to profitability pressures, including the need to increase production in primary agriculture, a fair amount of farmers, particularly large-scale farmers, are investing in upstream and downstream integration of the value chain.

As these farmers and producers integrate into the value chain, they require expansion capital, which has created increasing demand for services from financial institutions, including Standard Bank, Groenewald says, adding that with farm sizes increasing and in pursuing economies of scale, farmers require larger and more sophisticated equipment – thereby also driving financing demand.

“However, in addition to supporting farmers in their expansion plans, we strongly support organised agriculture, ensuring that all products and services are applicable to the type of business and that it corresponds with the cash flow of these farming enterprises,” Groenewald says.

Nampo Footprint
Meanwhile, Standard Bank will facilitate interaction with various industry players at Nampo, as well as sponsor the 4×4 track at Nampo as part of its broader vehicle and asset finance services. The track will be used to exhibit farming equipment and the latest 4×4 technology.

Having been involved at the Nampo Harvest Day event for several years, Standard Bank will again provide a branch on the Nampo farm for the duration of the event.