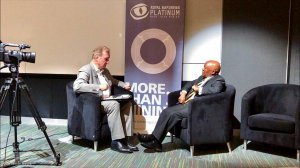 JOHANNESBURG (miningweekly.com) - The German Federal Court ruling on diesel car emissions, which could cost transgressors €8-billion in fines a year, is seen as a likely blessing in disguise for platinum, Royal Bafokeng Platinum (RBPlat) CEO Steve Phiri said on Tuesday.

The global backlash against diesel-engine cars, which began in 2015 when German carmaker Volkswagen admitted to cheating US exhaust tests, has spread across the industry and boosted investment in electric vehicles. (Also watch attached Creamer Media video).

The top German court last week ruled that cities can impose diesel driving bans to combat air pollution, in a landmark decision that could shake up the auto industry and upend transport policies.

Of the 15-million diesel cars on Germany's roads, only 2.7-million have compliant Euro-6 technology. It is estimated that upgrading the exhaust cleaning of just the Euro-5 fleet could cost up to €14.5-billion, or $17.9-billion.

During RBPlat's presentation of a 5.7% increase in cash generated by operations to R618.4-million and a strong cash position of R1.3-billion, Phiri devoted considerable time to explaining how the German court ruling had highlighted retrofitting solutions, one of them platinum containing and the other using less platinum or no platinum at all, and set great store on higher platinum loadings in new diesel cars.

The JSE-listed, black-controlled company, which reported a fatality-free 12 months to December 31, when it increased tonnes milled to a 9.4% higher 3 021 000 t, pledged to ramp up production at its new mechanised Styldrift I project to 150 000 t/m by year-end, and incorporate the newly acquired synergy-unlocking Maseve mine into a combined 230 000 t/m Merensky-rich operation with a 30-year-plus life of mine.

RBPlat's four-element platinum group metal production for 2018 is forecast at between 370 000 oz and 387 000 oz, with cash operating unit cost increases expected to remain below inflation.

Headline earnings for the full year recovered to R108.8-million from a headline loss of R29.4-million for the first six months.

Total joint venture capital expenditure in 2018 is forecast to be R2.3-billion, the main absorber being the construction programme at the highly promising R10-billion Styldrift I project, where mechanisation is offering a cost structure 15% below that of conventional mining.

On the court ruling, Phiri disclosed that the World Platinum Investment Council (WIPC) is fully involved in an alliance that has developed a technology to provide independent offroad testing proof that some of the new diesel fleet is already well below 80 mg/km level, as well as demonstrate the effectiveness of onroad retrofitting.

He said that independent testing was already confirming the success of retrofitting on purportedly noncompliant diesel cars.

Retrofitting could be a boost to platinum demand not previously considered by the market as diesel car manufacturers move to protect their market share.

The more populist market reaction to this ruling is to suggest that platinum demand will fall. Along with the platinum price, as happened last weekend.

It assumes a scenario where automakers choose not to defend their sales of new diesel cars, nor their profits on diesel vehicle leasing, and take refuge in gasoline.

This must also assume that automakers will pay €8-billion in fines every year from 2021 for exceeding the legislated emission limits, as the introduction of battery and hybrid cars will not be adequate to reduce average carbon dioxide (CO2) levels by then, or even several years thereafter.

Platinum-catalysed diesel cars are the best combatant of CO2 emissions and diesel cars that are not NOx compliant have the retrofit option, which they are expected to take.

"It's hard to conceive of the German car manufacturers deserting their diesel engine technology and its customer base. Their technology is the best in the world. They've invested massively over the years in it, and they make more profit on diesel cars than any other product line.

Retrofitting rather than paying fines is thus the expected route.

"I think this is a no brainer," was Phiri's comment.

Meanwhile, Paris, Madrid, Mexico City and Athens have said they plan to ban diesel vehicles from city centres by 2025, while the mayor of Copenhagen wants to ban new diesel cars from entering the city as soon as next year. France and Britain will ban new petrol and diesel cars by 2040.

Bans in the host countries of some of the world's biggest automakers are a further blow for the sector, and an embarrassment for Chancellor Angela Merkel's government, which has faced criticism for its close ties to the industry.

Germany has long promoted diesel to help cut CO2 emissions and meet climate change goals, but the country now fears a shift away from the combustion engine could endanger hundreds of thousands of jobs.

The latest court ruling, which was praised by environmental groups, was vilified by many politicians and business lobbies who condemned the ruling for exposing millions of motorists to fines in vehicles they bought in good faith.

"I think it's a blessing in disguise," said Phiri.

On face value it looks like another problem coming at the platinum market and that diesel is a pariah but go deeper and ask can the German auto industry do without diesel, in which so much has been invested for so long? They produce the best diesel engines and the German cars have not been bad in CO2 emissions.

"We have to acknowledge that the Euro 5 and downwards, some of the vehicles are noncompliant if not many of them.

"Therefore you need to say in order to keep my market share and my customers happy so that they don't sit with cars they cannot trade in, what do I do? Technology is there to retrofit so that they can go to the required environmental levels themselves.

"Therefore what we're saying is yes, it's a wake-up call for the auto industry to keep their clients happy and keep the sentiments positive so that people don't switch to petroleum cars and therefore what you need to do is retrofit and do onroad testing and improve even Euro 6 much more.

"In that way, the consumer will know that these cars have been tested independently and are not going to be banned from entering into the city of Munich or Stuttgart. It is retrofitted and therefore it is compliant and signed off, like our South African Bureau of Standards would do.

"People are not aware that WPIC in alliance are busy with that technology and the results are very good and we will roll out that technology to Europe and virtually offer it because it is in our interests to offer that technology so that then we remove that anti-diesel sentiment," he said.

The International Platinum Group Metals Association, of which South African producers are members, is engaged in a major communications drive and petroleum industries are also trying to improve the quality of diesel fuel.

"There's a concerted effort in that direction. The results might not show it today, tomorrow or this year, but certainly from 2019 going forward, we should see the results," Phiri said.

"But we're not very much worried about the retrofitting instrument itself but rather about keeping those customers happy. You bought a car for R500 000. All of a sudden that car is valueless because you won't be able to trade it in because nobody will buy it. So the person who retrofits will be able to trade it in that car for another diesel engine, which means that customers are kept within the diesel embrace," he added.

With the platinum price hovering at these levels and the rand strengthening, the revenue basket price continues to reduce, and therefore the basket price gap between platinum and palladium is widening.

The hype about palladium price rising can only be short to medium term because down the line the industry is going to see stocks depleting, and with shafts being closed on South African mines.

Phiri predicts a serious shortage of palladium and foresees it being substituted by platinum.

More than 300 000 oz of platinum supply capacity was lost in South Africa in 2017, the impact of which should be evident in 2018. On this basis, a market that is close to balance, after investment, is likely, Phiri pointed out.