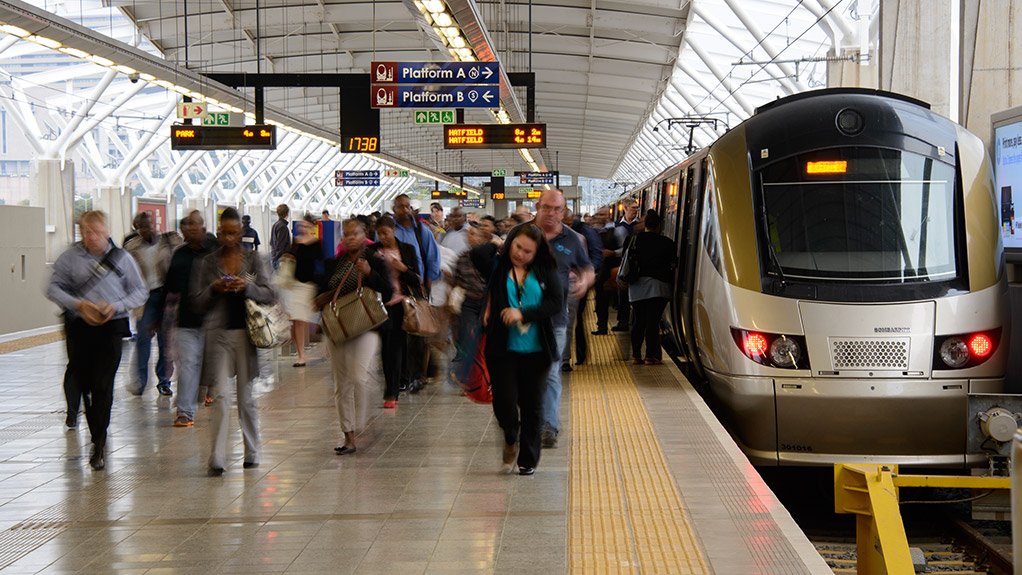 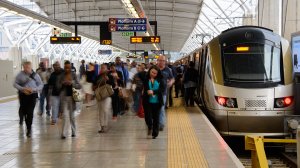 The patronage guarantee payable by the Gautrain Management Agency (GMA) to the Bombela Concession Company (BCC), as the Gautrain operator, has increased from R1.34-billion in the 2016/17 financial year, to around R1.5-billion for the 2017/18 financial year.

GMA CEO Jack van der Merwe says the increase is the result of a decline in ridership.

The GMA is an agency of the Gauteng government.

The historic yearly growth in the number of passengers, seen since the opening of the Gautrain in 2010, has turned into a net decline of 3.8% in rail passenger trips, and 6.3% in bus passenger trips for the 2017/18 financial year, says Van der Merwe.

He says the decline is due to a number of factors, including capacity constraints on the Gautrain system, especially during the morning peak period; low economic growth in South Africa, especially in Gauteng, as well as ongoing violence between metered taxis and e-hailing services around the Gautrain stations, which continue to deter especially airport passengers.

The provision of extra road capacity on the freeway system and the concomitant, and continued, refusal of the bulk of the users to pay e-tolls, has also created competition for ridership.

“[People] are convinced that they have more control over traffic in their own private vehicles as they can divert to alternative routes, which the bus cannot do, as it is on a fixed route.”

He adds that a bus driver strike in May also left passengers stranded, resulting in passenger loss in both bus and rail systems, with some bus passengers never returning to the system.

Van der Merwe says short to medium-term remedies to improve ridership include increasing the frequency of trains from five trainsets to six trainsets an hour, as well as running the maximum number of eight-car trainsets during peak periods, and not only a few.

Another solution is to introduce a fare structure to manage demand in the peak-hour of the peak period, and to offer weekly loyalty fare packages.

Off-peak use will also be actively promoted.

Operating hours could also be extended, in a bid to spread demand. It is also possible to change the seating arrangement inside the carriages to accommodate more standing passengers.

Increasing the number of parking bays at the Rhodesfield, Midrand and Centurion stations could also assist to increase ridership.

Another solution is to introduce dedicated Gautrain mini-bus taxi services at various stations to augment the number of feeder and distribution routes around stations, says Van der Merwe.

A longer-term solution is to increase the number of trains, in a project that is already on the drawing board.

Patronage Guarantee has 5 Components
The R1.5-billion payment made by the GMA to the BCC is done in accordance with the project’s financial model, which was developed as part of National Treasury’s approval of the Gautrain project as a public-private partnership (PPP), says Van der Merwe.

This payment is included in the budget allocation of the GMA and forms part of the Gauteng provincial government’s medium-term expenditure framework, he notes.

Van der Merwe says the patronage guarantee is a collective name for five components, namely the repayment of the equity and private sector loans by Bombela, which were used during the development phase of the project; the cost of maintaining the system by the concessionaire; Bombela’s overhead costs, as well as the cost of replacing key components of the system in order to hand over the network in a prescribed contractual condition after the completion of the concession period – for example, the total bus fleet of 125 buses will be replaced during the concession period.

The patronage guarantee also refers to an operation subsidy, which is used to top-up the shortfall between the revenue received from the fare-box and value-add (such as advertising on the system), and the cost of operating the system.

For the past three years the revenue received has been between 90% and 105% of the operation costs, says Van der Merwe.