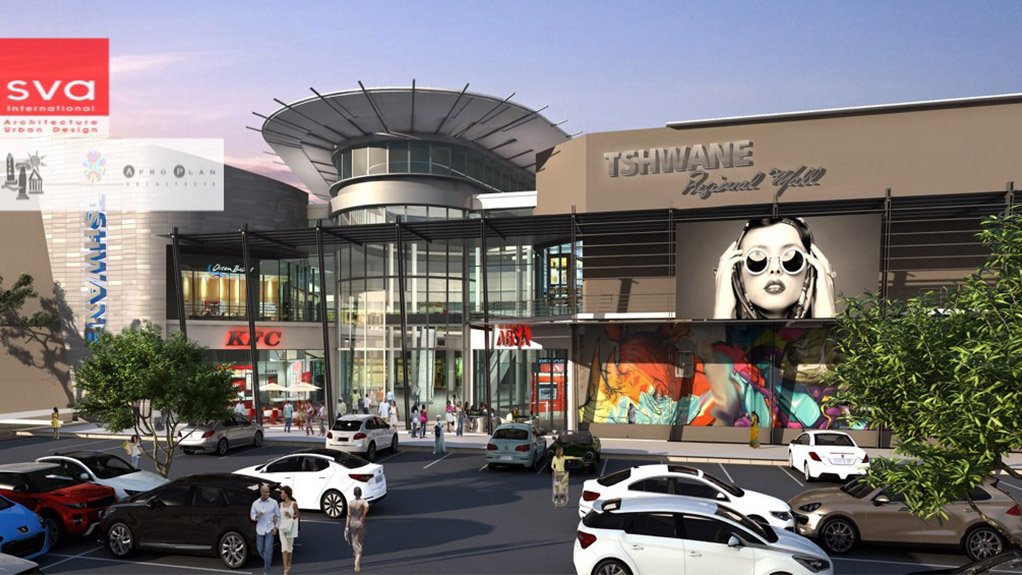 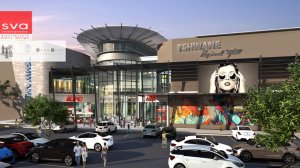 The project forms part of the Solomon Mahlangu Urban Design Framework, which was approved by the City of Tshwane’s (CoT’s) Mayoral Committee in October 2009.

The DSPTI includes the construction of the Tshwane Regional Mall across the interchange, which will house a public transport facility to alleviate congestion.

Makhura’s office and the CoT entered into talks with local taxi associations, including the Mamelodi Amalgamated Taxi Association, in July to ensure that the associations were informed of and involved in the development process.

The Premier said the CoT’s decision to consider taxi associations in infrastructure and public transport planning would lead to the first “properly integrated transport hub, which will serve as a pilot for future transport nodes”.

Project developer Isibonelo Property Services will facilitate construction of the 60 000 m2 mall, which will be similar to Pretoria’s other regional shopping centres and will include transport facilities catering for approximately 1 400 taxis and 600 vendors, in addition to the 20 000 bus and train commuters, said Isibonelo CEO Shadrack Mthethwa.

“This will be a social integration and mobility hub. It will also have a medical centre manned by practitioners from Mamelodi.”

The DSPTI project is due for completion in April 2017 and is expected to employ between 2 500 and 3 000 workers at its peak, with direct employment by the main construction contractor expected to reach figures of between 450 and 500 people.

Isibonelo communications and events manager Queen Matabane later added that the development aspires to alleviate unemployment in the retail sector by providing job opportunities after construction.

City planning and economic development MMC Subesh Pillay reiterated that the project would result in a multimillion-rand investment in the redevelopment of the Denneboom station and would support retail and transport activities.

Meanwhile, several projects will be undertaken around the precinct, including the redevelopment of Mamelodi hostels, the reorganisation of public transport activities and the upgrading of road infrastructure.

Background The DSPTI is situated at the crossing of the major Maphala and Tsamaya access roads, across from the only rail access line from Pretoria station, which runs through Silverton and Eersterust to Mamelodi.

The need for transfer facilities at the Denneboom station had been identified in 1996, after which the Greater Pretoria Metropolitan Council (GPMC) started with a feasibility study in the same year.

In May 1998, the GPMC approved the DSPTI implementation of the project in three phases: the design and construction of infrastructure relating to public transport, informal trade and public amenities; the establishment of institutional and management structures for the DSPTI facility; and the construction of grade-separated access – by raising Tsamaya road – to provide optimum vehicular and pedestrian traffic flow.

A month later, the GPMC resolved that a rank management board – now called the Denneboom Facilities Management Board – should be established to coordinate and regulate the use of the facility, and that proposals for the appointment of a planning development management committee (PDMC) be published.

The PDMC would be responsible for the development, operation and maintenance of the facility on behalf of the CoT, in return for commercial rights to the property.

By March 2006, MMCs noted that most of the plans drafted by the precinct for the DSTPI “addressed sectorial issues, which led to conflicting ad hoc projects”. Thus, a holistic, integrated urban design framework (UDF) for the Solomon Mahlangu Precinct was drafted by Metroplan Town Planners on behalf of the CoT.

Adjournment Matabane tells Engineering News that, as with any development, there will be a fair number of issues and, although there was an interruption with the water and electricity connections, which contributed to a slight postponement in moving the taxis to the temporary rank, “nothing has, thus far, resulted in any detrimental delays in the project”.

She adds that the CoT handled the utilities matter and that things are “progressing as expected”.

A Re Yeng Meanwhile, construction on Line 2C of Tshwane’s bus rapid transit system, A Re Yeng, was scheduled to start last month, according to a written Parliamentary reply by Transport Minister Dipuo Peters.

The line will run from Menlyn through January Masilela, Lynnwood and Simon Vermooten roads to Denneboom station and is expected to be completed by June 2017, two months after the completion of the DSPTI.

While A Re Yeng forms part of a separate R2.6-billion CoT initiative, Isibonelo expects it to impact significantly on the DSPTI in terms of an influx of bus commuters and has made provision for its completion.