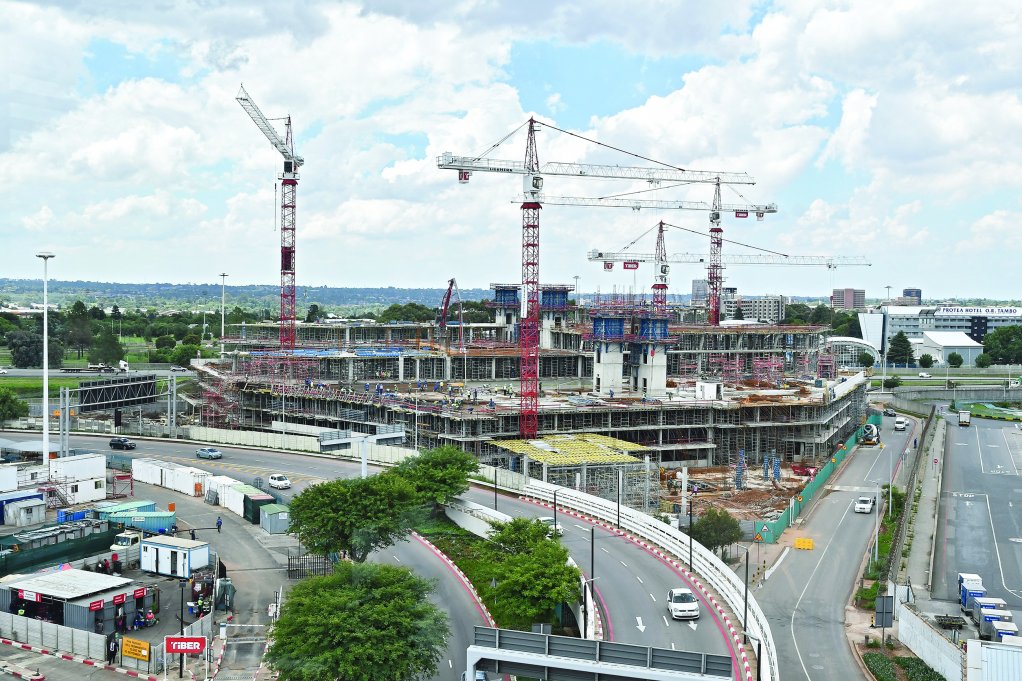 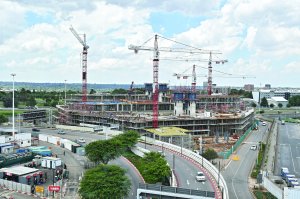 ACSA has earmarked R1-billion for the first phase of the project, which started in the first quarter of last year, and entails the construction of three six-storey office buildings.

Pitya-Vokwana points out that the first phase of offices will be followed in later phases by mixed-use developments, including hotels, offices and retail facilities, as well as possibly apartments and a conference facility, subject to sufficient demand.

The development will span 180 000 m2, which was initially used as a parking area for staff at the airport.

“The design principle was to optimise the space used for shade parking rather than do away with those parking bays entirely,” she notes.

Consequently, new parking areas will be integrated as part of the Western Precinct development as each phase rolls out.

Last year, Engineering News reported that more than 1 100 people will be employed during Phase 1 of the project. Initial employment is being created through construction activities.

However, Pitya-Vokwana enthuses that the real impact of the project’s contribution to the economy is through long term job creation, which will be fostered by businesses that will operate in the buildings once completed.

Subsequently, ACSA and the South African Civil Aviation Authority will relocate their head offices from Bedfordview and Midrand respectively to OR Tambo International Airport.

Pitya-Vokwana highlights that the company will not only relocate to its corporate premises at the Western Precinct – it is common that airport authorities globally are located at an airport – but also, for the first time since its inception, own the premises it occupies.

She points out that although the project is on track, there have been some challenges. “The contractors encountered previously installed below-ground infrastructure and some unexpected challenging soil conditions.”

Nevertheless she boasts that the project has multiple concurrent workstreams, with a project board tasked with actively monitoring and dealing with performance; therefore, all impacts were mitigated effectively.

Pitya-Vokwana concludes that ACSA looks forward to developing competitive commercial offerings at its airports. “This will allow for a greater contribution to economic models that are used to provide world-class airport infrastructure.”