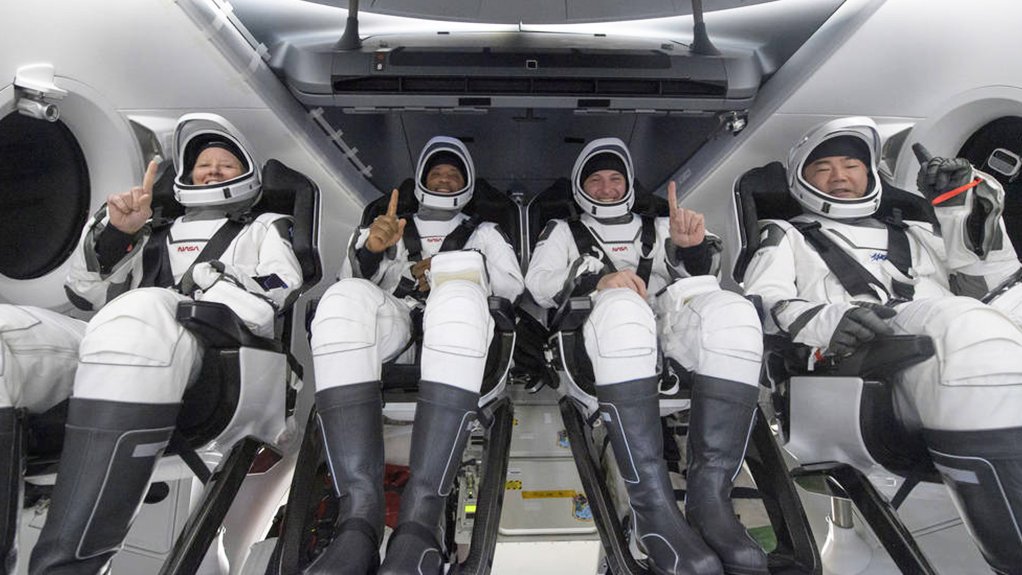 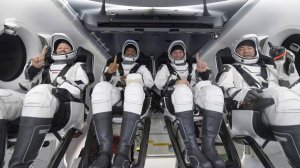 Photo by Nasa
Astronauts Shannon Walker, Victor Glover, Mike Hopkins and Soichi Noguchi, onboard Crew Dragon Resilience, after it was picked up by the SpaceX recovery ship

The first operational commercial crew mission, flown by private-sector space company SpaceX on behalf of the US National Aeronautics and Space Administration (Nasa), came to a successful end on Sunday, when the Crew Dragon space capsule successfully splashed down in the Gulf of Mexico.

SpaceX was founded and is led by South African-born engineer and entrepreneur Elon Musk. The splash down was the first US nocturnal splashdown since December 1968 (which involved Apollo 8).

The capsule, given the individual name Resilience, carried three Nasa astronauts and one Japan Aerospace Exploration Agency (JAXA) astronaut. They were Shannon Walker, Victor Glover and Mike Hopkins of Nasa and Soichi Noguchi of JAXA. The commercial crew programme involves the use of commercially-provided space transport systems to take astronauts to and from the International Space Station (ISS), taking Nasa itself out of the routine ‘space bus’ business and allowing it to focus on crewed spacecraft for exploration missions to the Moon and beyond.

“Welcome home Victor, Michael, Shannon and Soichi, and congratulations to the teams at Nasa and SpaceX who worked so hard to ensure their safe and successful splashdown,” enthused new Nasa administrator Bill Nelson. “We’ve accomplished another incredible spaceflight for America and our commercial and international partners. Safe, reliable transportation to the [ISS] is exactly the vision that Nasa had when the agency embarked on the commercial crew programme.”

With their splashdown, the crew set a new US crewed spacecraft mission duration record. The previous record had been 84 days, one hour and 15 minutes, which had been set in February 1974 by the last crew of the Skylab one-module space station.

While on the ISS, members of the crew undertook five spacewalks, engaged in public information events, participated in scientific experiments and technology demonstrations. Their work included studying the development of protein crystals, testing a new means of making semiconductor crystals and growing crops in the ISS’ Advanced Plant Habitat. They also took hundreds of photos of Earth, as part of the long-running Crew Earth Observation programme.

Crew Dragon Resilience will now be inspected and processed at SpaceX’s facility (in the US state of Florida) known as the ‘Dragon’s Lair’. The data from, and the performance of, the spacecraft, throughout its mission, will be examined. The next (and third) commercial crew mission is currently scheduled for launch not before October 23. The astronauts of the second Crew Dragon mission are currently programmed to return to Earth on October 31.