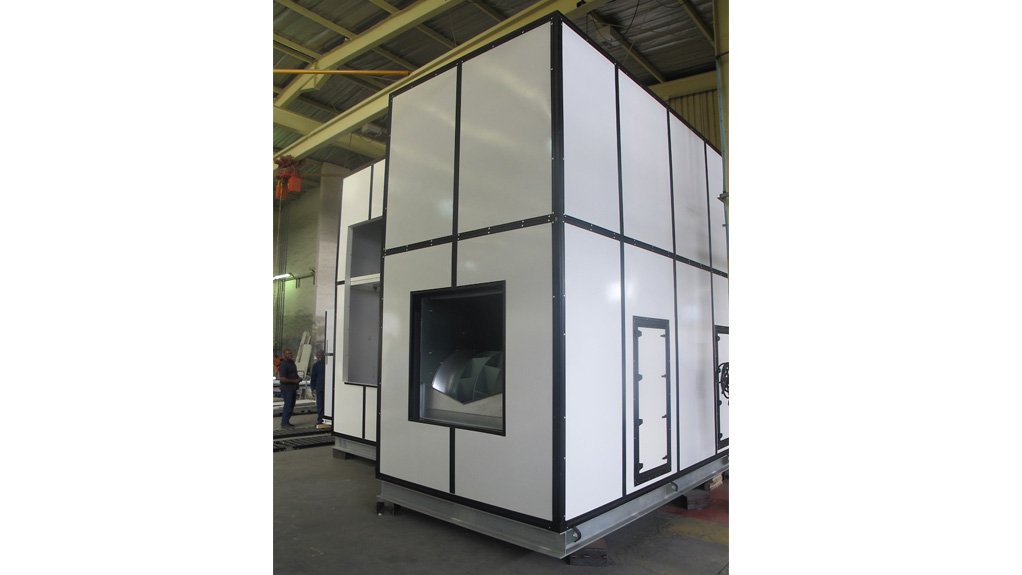 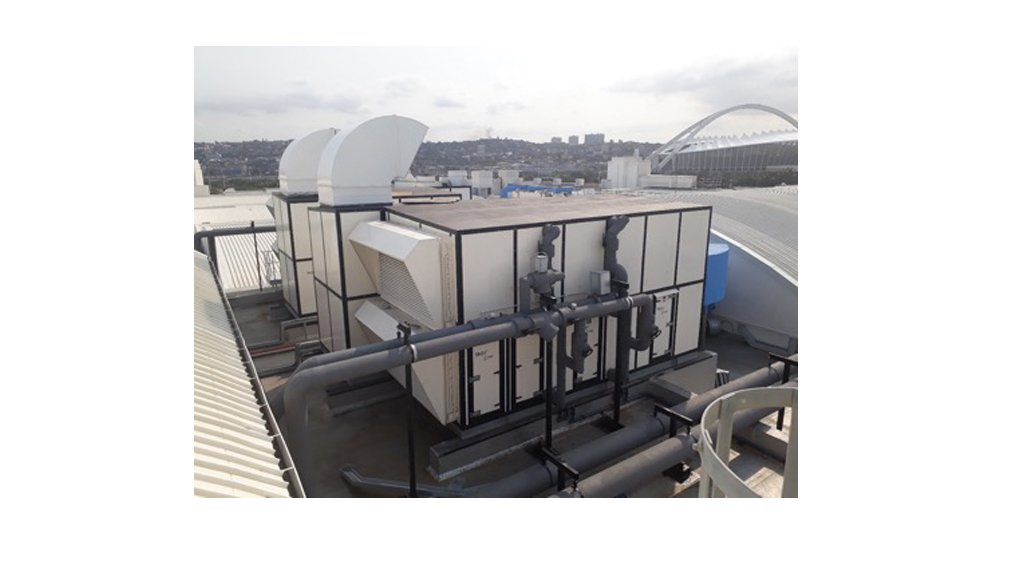 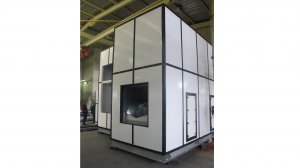 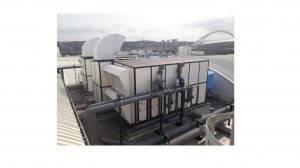 After significant research and development into a new air handling unit (AHU), Pietermaritzburg-based air conditioning contractor TROX South Africa now offers the market the nonmetallic XeCube AHU, which has a high level of structural integrity, is impervious to corrosion and is significantly cheaper than the company’s previous AHUs.

“After identifying unit corrosion as a significant cost factor for coastal clients, we explored the development of a unit that was not only more resilient to the elements but also cheaper and easier to install,” highlights TROX production manager Gonnie Pandither.

He says the XeCube is constructed from high-impact polymerising vinyl chloride extrusions that have been treated with enhanced heat-stability ultraviolet agents.

“The removal of metals from the unit allows for greater versatility against harsh conditions and ease of manufacturing, which has allowed the company to reduce the cost of each unit. The unit’s modular design allows for less labour-intensive manufacturing and construction, as no welding is required and all parts fit together with ease.”

Further, TROX aimed to improve the capabilities of the new XeCube by ensuring that its casting compliance is superior to that of other AHUs on the South African market, adds Pandither.

“We tried to better all our compliance records on this design, to prove its strength and versatility,” Pandither points out.

The XeCube conforms to EN1886 standards, with a Class A ultra-low leakage construction, a Class 2A casting strength, a T3 thermal transmittance, a TB3 thermal bridging and a F9 filter by-pass leakage.

The XeCube can also be manufactured in a variety of forms and tailor-made to a client’s specific air-handling needs. Pandither states that the XeCube is ideally suited to harsh conditions and can last three times as long as conventional AHUs used in coastal climates.

He explains that the average life span of AHUs installed at the coast is about five years, after which the units have to be replaced, owing to thermal bridging or extensive corrosion, whereas the XeCube is capable of lasting from 10 to 15 years in the same climate.

TROX sales engineer Jacques Coertze – who has been tasked with expanding XeCube’s footprint into the Johannesburg region – tells Engineering News that, despite slow uptake, the XeCube has been installed at several large projects.

He states that TROX is a well established and popular brand in KwaZulu-Natal, but has set its sights on expanding into Johannesburg in the past year.

However, he states that, owing to a lack of new investments within the construction industry during the first half of this year, uptake of the XeCube was not as extensive as the company had hoped.

Despite the market slowdown’s impact on demand for AHUs in the Johannesburg region, Coertze says the XeCube has been used in several large projects since its introduction into the Johannesburg market. He specifically highlights the incorporation of four XeCube units, comprising 47 filters to 49 filters – the biggest in the country – at Sun Coast Casinos.

“TROX is also seeing more interest from projects that it has quoted for in the Johannesburg region and it expects a significant increase in demand for this unique AHU solution throughout the year,” concludes Coertze.