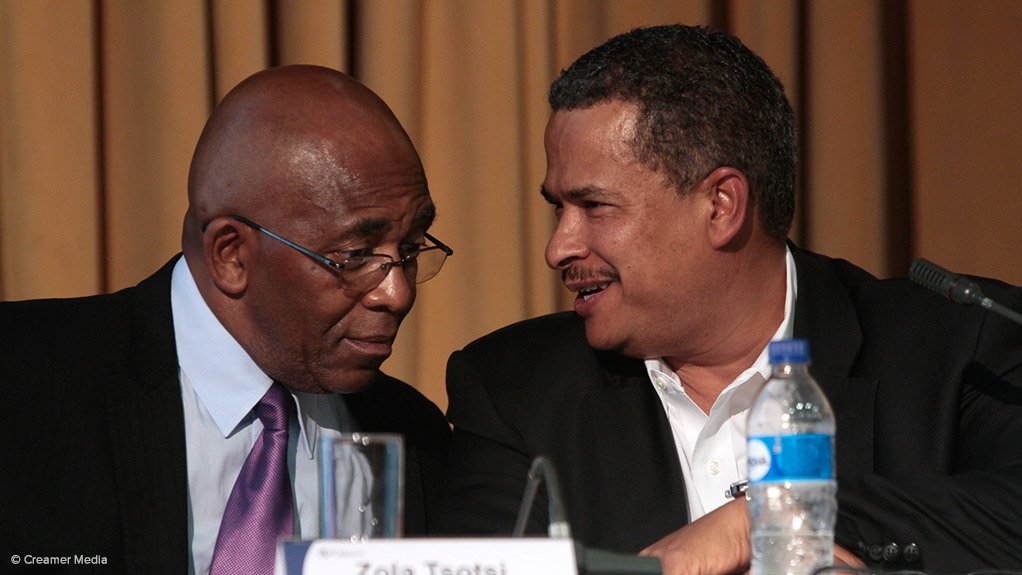 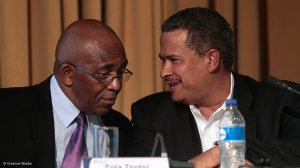 Eskom confirmed on Friday that it had decided to extend “at risk” short-term electricity purchases from independent power producers (IPPs) and municipal generators to the end of May, despite not having received regulatory approval to do so. However, it was still in discussions with government about securing the necessary financial resources to continue with the contracts after May.

The contracts were initially terminated in December, owing the utility’s perilous cash-flow position – a move which raised much concern in light of the country’s “tight” electricity balance.

Addressing an urgently convened briefing to provide an update on the state of the system – which on March 6 could only be stabilised through the extensive use of economy- and morale-sapping load shedding – outgoing CEO Brian Dames indicated that the extension decision had been taken in the interests of mitigating the use of its “extremely expensive” open-cycle gas-turbines (OCGTs).

The diesel-fuelled power plants cost Eskom more than R10-billion to operate last year and were run at costs that were between 16 and 18 times more expensive than its coal plants.

It emerged that about 1 000 MW of short-term IPP capacity had been procured, which Eskom would argue was done “prudently” when it eventually approached the National Energy Regulator of South Africa (Nersa) for a revenue "claw-back" through the Regulatory Clearing Account (RCA). Eskom had already submitted an RCA application to Nersa for the second multiyear price determination period (MYPD2), which endured for the three-year period to March 31, 2013, and was awaiting a response.

The short-term power purchase agreements (PPAs) included about 250 MW arising from the Medium-Term Power Purchase Programme and another 870 MW in IPP and municipal-generator capacity.

In addition, it had concluded 47 PPAs, representing 2 466 MW, from wind and solar producers that were building projects across the country, following the first two bid windows under the Department of Energy’s (DoE’s) Renewable Energy Independent Power Producer Procurement Programme (REIPPPP).

Discussions for a further 1 456 MW of renewables capacity arising out of the third bid window where also at an advanced stage, while PPA’s were already in place for the so-called ‘peaker’ projects, Avon and Dedisa, which had a contracted capacity of 1 005 MW.

“We are buying short-term capacity to offset the OCGTs,” Dames stressed, but added that the New Electricity Generation Regulations prevented Eskom from procuring additional IPP capacity, as the regulations stipulated that the DoE be responsible for procurement, with Eskom acting as the buyer.

Group executive commercial and technology Kannan Lakmeeharan said the extension of the contracts to May was done on an “emergency basis” and in the absence of Nersa approval, but the regulator had been informed of the renewal.

“We did that at our risk, because we felt it was the prudent thing to do versus the cost of running OCGTs,” Lakmeeharan explained.

There was currently about 1 000 MW “on the bars”, but Lakmeeharan stressed that the operational capacities from the plants were often lower than the contracted capacities.

Some of the renewables IPPs were also now being added and, where it was technically safe to do so, these were being connected ahead of their official commercial operations date.

“We are fully supportive of the IPPs in our market,” Dames said, noting that all of the projects were only “bankable” on the back of their PPAs with Eskom.

He also dismissed ongoing arguments that Eskom had been the main impediment to the development of the 1 320 MW Mmamabula power project, in Botswana, arguing that it had been prepared to enter a contract and offtake agreement, but that the deal had collapsed owing to disagreements over pricing.

But Eskom also stressed that a longer-term framework was required to enable it to enter into IPP contracts beyond May and confirmed that discussions were under way with government to secure such an arrangement.

Public Enterprises Minister Malusi Gigaba revealed recently that these discussions were under way between the Department of Public Enterprises, the DoE, the National Treasury and Eskom to secure the resources to resume purchases and to pursue yet additional supply-side opportunities.

Energy Minister Dikobe Ben Martins said in early February that the DoE also planned to initiate the long-awaited procurement processes for new baseload and cogeneration IPP projects by the end of March.

The bidding processes would be pursued in line with the determinations issued on December 19, 2012. Under the baseload determination, 2 500 MW had been allocated for coal-fired IPP projects, 2 652 MW for baseload or mid-merit natural gas capacity and 2 609 MW for domestic and imported hydro-electricity prospects.

In addition, the DoE planned to procure 474 MW from near-term natural gas projects as outlined under the Medium-Term Risk Mitigation Plan, which also included a further 800 MW allocation for cogeneration capacity arising from biomass, industrial waste and combined heat and power sources.

However, many in the private sector argue that, in the absence of an independent system and market operator, or ISMO, the full potential of IPPs will not be felt.

Serious questions have, therefore, been raised about the stalling of the progress of the ISMO Bill in Parliament, with Business Unity South Africa arguing that the legislation was urgently required to create a more competitive environment for energy supply and to provide greater energy security in future.

But Eskom chairperson Zola Tsotsi argued that the Bill was “not compatible” with what existed in the South African context.

“The Bill is meant to deal with a market mechanism, and if you look at the capability of the IPPs versus Eskom as a supplier there is no condition for a market mechanism to exist,” Tsotsi said, while calling for market participants to “be practical”.

He also stressed that the Bill would have a material impact on Eskom’s balance sheet, which was currently already reliant on government guarantees to enable it to raise the debt required to fund its build programme.

But Dames added that Eskom had done everything requested of it to prepare for the legislation and that he “would also like to know where's the Bill”.