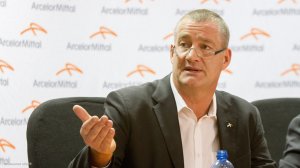 Steel producer ArcelorMittal South Africa (AMSA) will approach the National Energy Regulator of South Africa (Nersa) directly with a request for discounted electricity tariffs as part of a multi-pronged business sustainability action plan unveiled after the JSE-listed group slumped to a R1.6-billion headline loss in the six months to June 30.

CEO Wim de Klerk expressed a degree of frustration on Thursday that, following more than a year of discussion with Eskom regarding a more favourable tariff dispensation, the State-owned power utility had only recently indicated that AMSA should, instead, “fight its own battle” before the regulator.

The steel producer would present its case for a negotiated pricing agreement (NPA) to Nersa in the coming week, but was also paying close attention to the outcome of an approach to the regulator by Silicon Smelters for a two-year NPA. The Ferroglobe subsidiary says an NPA will enable it to restart ferrosilicon production at plants in the Limpopo and Mpumalanga provinces and Nersa recently called for public comment on the tariff proposal, which is supported by Eskom.

“We were under the impression that we were at the front of the queue with Eskom regarding our request for a different tariff. But Silicon Smelters was pushed, by Eskom, to the front of the queue and there is now a public-participation process on their request,” De Klerk explained, adding that AMSA would probably follow suit.

The company would not be drawn on the details of its NPA submission, but argued that, in the context of Eskom’s current surplus, South Africa’s prevailing recession and the hardship being experience by the steel industry, it had a strong case for tariff relief.

In fact, De Klerk reported that the winter tariff being paid by Saldanha Steel, in the Western Cape, had been benchmarked to be 180% more expensive than the highest power prices paid elsewhere within the bigger ArcelorMittal Group. During winter, Saldanha Steel’s tariff rose to $0.22/kWh, from $0.06c/kWh in summer.

AMSA’s quest for electricity tariff respite also formed part of a broader action plan aimed at improving the sustainability of the company, which De Klerk acknowledged remained “vulnerable”, owing to the decline in domestic steel demand to a seven-year low, raw-material cost pressures and exchange-rate volatility.

The action plan also signalled a shift from the group’s previous focus on securing import protection, which had resulted in the introduction of 10% duties across a range of flat- and long-steel products over the past two years.

In addition, AMSA had attained support from government for an International Trade Administration Commission of South Africa (Itac) determination in support of the imposition of safeguard duties on hot-rolled coil (HRC) and plate.

The three-year safeguard, which had been communicated with the World Trade Organisation and now only awaited approval from the National Treasury, would provide additional protection of 12% on HRC and plate in the first year, declining to 10% and 8% in the outer two years. Given that HRC and plate already enjoy base protection of 10%, the effective duty would rise to 22% once the safeguard was implemented.

De Klerk said AMSA did not see much more scope for protection for primary products, but was currently working with Itac and the metals industry to secure protection for downstream steel products, which had become increasingly vulnerable to the threat of imports since the introduction of duties on primary-steel products.

The new action plan would also involve a review, which would be finalised within weeks, of AMSA’s procurement practices, its operational footprint and efficiencies, as well as the group’s commercial practices both from a product and market perspective.

De Klerk indicated that the outcome could result in “structural changes”, particularly at its Newcastle mills, which could affect jobs. AMSA currently employed over 8 600 people directly and more than 3 200 contractors and had already started to implement changes in the way contractors were deployed, as well as how overtime was managed.

In addition, the group’s product range and the scale of its operations were under investigation, with De Klerk indicating that it could well streamline its product mix, particularly in areas where South African Bureau of Standards quality rules were being bypassed. However, there was also a strong likelihood that various other low-volume products would be culled from AMSA’s range.

The group was also reviewing its various investments and property holdings to assess whether these remained core, or should be disposed of in an effort to improve its overall financial position. Its assets at the end of June stood at R34-billion, including a cash balance of R3.7-billion.

Besides its extensive property holdings in Pretoria, AMSA also holds 50% in Macsteel International and Consolidated Wire Industries the Zandrivierspoort iron-ore project and an iron-ore prospect in the Northern Cape, as well as 5% of Coal of Africa Limited.

De Klerk stressed that no decisions had been taken to classify any of these holdings as noncore, but indicated that asset sales could be considered in future, as could a further rights issue should its balance sheet require a rebalancing between debt and equity.