Eskom targeting 975 MW in savings as it restarts DSM schemes 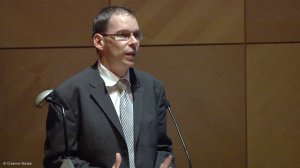 State-owned power utility Eskom, which halted its demand-side management (DSM) interventions last year owing to funding uncertainties, reports that some of the programmes will be restarted this year and that a savings target of 975 MW has been set.

Speaking at a Fossil Fuel Foundation conference on Wednesday, senior GM for integrated demand management Andrew Etzinger reported that R1.7-billion had been set aside for the programme.

The money had been secured through the DSM allocation allowed for by the National Energy Regulator of South Africa for the third multiyear price determination – an approval that was well below the R20.4-billion applied for by Eskom for the five years between 2013 and 2018.

The decision to restart the programmes, Etzinger reported, had received the blessing of the electricity war room, set up by Cabinet in December, and would be supplemented by as-yet-unfunded DSM interventions being considered by government. In fact, DSM was the fifth element of Cabinet’s five-point plan for dealing with the country’s current electricity shortfalls.

Eskom expected to secure savings of around 500 MW from industry and mining on a range of projects promising savings of over 500 kW each, with the balance of the savings to arise from the roll-out of energy-efficient lighting across the country.

“In the area of lighting, we are looking at a phased approach from compact fluorescent lamps to light-emitting diode technology on a national basis.”

In parallel, the Independent Power Producer Office of the Department of Energy was analysing responses to a request for information for near-term demand response, energy efficiency and DSM projects.

Etzinger revealed that a number of demand aggregation proposals had been received and it was “inevitable” that some form of demand-response aggregation would be introduced.

Demand aggregators would contract with businesses and households to lower their normal consumption during times of system constraint in return for a financial incentivise. This reduction in demand would be sold on to Eskom as a unified bloc of electricity savings.

But the utility was also keen to pursue what it termed ‘critical peak pricing’, or a dynamic tariff that offered a real-time pricing signal that either incentivised or disincentivised consumption at various points in the day. The system had already been piloted and an average load reduction of 27% had been achieved.

Etzinger said there was no doubt that previous energy efficiency and DSM programmes worked in South Africa, reporting audited Eskom figures showing savings of over 47 000 GWh since the start of its integrated demand management schemes in 2004/5.

“If we as South African go for this in an aggressive fashion . . . we could get out of this [load-shedding] situation a lot sooner than everyone believes at the moment,” Etzinger concluded.