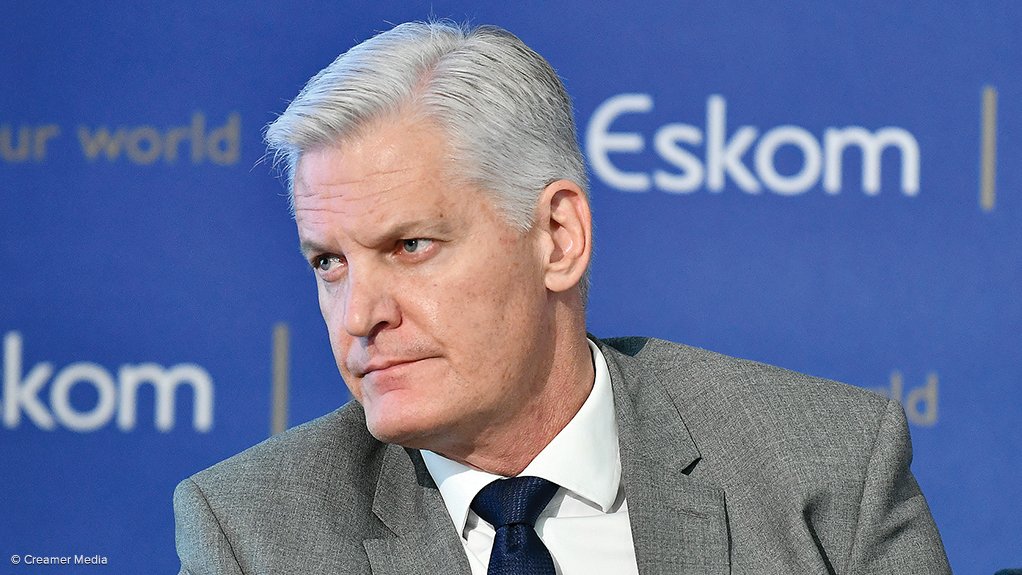 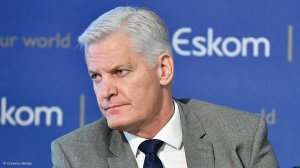 Eskom has suspended its chief procurement officer, Solly Tshitangano, and will be instituting disciplinary action against him, following allegations of poor performance over the last year.

Andre de Ruyter, Eskom's group chief executive officer, confirmed to News24 that Tshitangano had been suspended because of his failure to turn around the company's procurement division. He was tasked with saving Eskom 4% of its annual spend of R140-billion on goods and services, but has been unable to do so.

"We spend R140-billion buying goods and services. We are paying more than what we should be paying. R2-billion savings is not a lot, it's about 4% of R140-billion. That is exceptionally modest, but Solly has not delivered what was asked of him," De Ruyter said.

De Ruyter said the procurement division is battling to implement a turnaround strategy. He said Eskom would have paid R238 000 for a wooden mop had he not intervened, but that it has until recently been paying R28 for a roll of single-ply toilet paper and R56 for a bottle of two litre milk.

Tshitangano, a former senior official at National Treasury's highly regarded procurement office, is well-known in government circles for demanding that the Public Finance Management Act and, in particular, procurement regulations be followed to the letter.

Correspondence sent by Tshitangano to interim Eskom chairperson Professor Malegapuru Makgoba, Public Enterprises Minister Pravin Gordhan and President Cyril Ramaphosa last month show that he and De Ruyter have had disagreements over procurement issues for more than a year.

In the correspondence, Tshitangano requested Gordhan to intervene, accusing De Ruyter and other senior executives of undermining "good corporate governance under the pretence that they want to protect the interests of Eskom".

Tshitangano, who is also the chairperson of Eskom's supplier review committee, accused De Ruyter and legal head Nerina Otto of undermining his authority. Furthermore, he accused senior white colleagues of "using the colour of their skin to undermine his authority".

A source, who spoke on condition of anonymity, told News24 that in response to Tshitangano's letter, the presidency wrote to Gordhan.

"In turn, Gordhan wrote to Eskom's board and the board responded that Eskom's executive was dealing with the matter. De Ruyter has the support of the board on this one," the source said.

De Ruyter said he has a mandate to execute and that his biggest focus is to stop load-shedding and ensure the financial sustainability of Eskom. According to him, Tshitangano has not been able assist the Eskom executive in achieving the necessary savings in order to improve the utility's financial position.

"We have paid R80 000 for a single-padded knee guard. Those things go for R80 each at Builder's Warehouse. Those are the abuses that are still going on in the system. These are the instances we know about and I can only assume that there is a lot more. If you are a functionally responsive leader, you get into your car and sort those issues out."

He blames so-called "free-text procurement", which means Eskom didn't have a catalogue of goods, possible suppliers and spending limits. With free-text procurement, officials simply open the computer, type what they want, and buy it at prices they have determined, he said.

De Ruyter explained he wanted visible leadership from all his executives, and he wasn't getting that from the procurement division. "The (procurement) function doesn't work well."

According to him, he tried to engage Tshitangano several times, and that the impasse was escalated to the human resources department.

Tshitangano was suspended after he failed to attend board subcommittee meetings, as well as a number of meetings with De Ruyter, Eskom's executives for human resources, people management and the company's chief financial officer.

De Ruyter rejected Tshitangano's allegations of racism, arguing that, since his arrival, he has appointed nine black executives.

"There is no buddy club. We have a job to do. Eskom poses a major fiscal, energy and economic risk to South Africa."

On average, the power utility spends between R500-million and R1-billion worth of taxpayers' money every week to pay interest on debt, he said, adding that running Eskom is complex and has "many moving parts".

De Ruyter dismissed all the claims against him, saying he was doing everything in the interest of stabilising Eskom and the power grid.