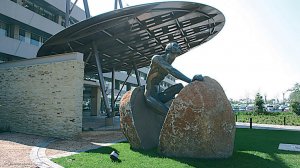 The board at State-owned electricity utility Eskom has approved a process that could result in the retrenchment of senior managers, the company confirmed on Wednesday.

Eskom said in a statement that, despite efforts to curb expenditure, operating costs had continued to increase dramatically, while output had remained largely unchanged.

“As a result, Eskom’s board of directors has decided to review the company’s organisational design to enhance operational and cost efficiencies. As such, Eskom’s board has approved a Section 189 process for its executive structure [F-Bands].”

Eskom did not immediately indicate how many employees could be affected by the process, nor did it indicate what level of cost savings were being targeted.

The notice comes amid renewed fears of load-shedding, following a rise in unplanned outages, which has forced the utility to rely more heavily, in recent weeks, on its expensive open-cycle gas turbines.

It also comes ahead of the National Energy Regulator of South Africa’s adjudication of Eskom’s fourth multiyear price determination submission, through which is has applied for three yearly tariff increases of 15% for the 2019/20, 2020/21 and 2021/22 financial years.

The application has already been heavily criticised as a threat to South Africa’s growth and investment outlook. Part of the criticism has focused on Eskom “bloated” workforce, which has increased to above 48 000, despite the absence, for more than ten years, of demand growth.

However, Eskom has argued that its applications are in line with government policy, which calls for electricity tariffs to be cost reflective.

Earlier in the year, the utility endured a protracted and disruptive standoff with workers after Eskom sought to freeze wage increases and indicated that it would be seeking to reduce its headcount.

The utility eventually backtracked after protesting workers forced the shutdown of generating units, leading to power outages in July and August.