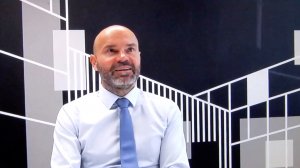 JSE-listed real estate investment trust EPP has reported a loss of €24-million, or €0.027 a share, for the six months ended June 30, owing to lower tenant activities during the lockdown in Poland, where the company owns a portfolio of 25 retail centres and three office developments.

At the end of June, the company’s footfall recorded at its retail centres in Poland was at 69% of that recorded for the same period in 2019. This subsequently improved to 85% as at September.

The Polish lockdown on large retail locations was effective from March 14 to May 4, with further delayed openings of entertainment and restaurant venues beyond that date.

EPP CEO Tomasz Trzósło says the average rental collection rate from March to June was 79%, but that this has since improved to more than 90%. He expects the rental collections to fully recover within the next few weeks as tenants continue to grow sales and recover from restricted trade activity.

According to government guidance on rental obligations, landlords were not allowed to charge rental and maintenance costs during the lockdown period, in return for an extension on lease terms for six months plus the lockdown period.

This impacted about 79% of EPP’s retail portfolio for seven weeks. EPP approached tenant negotiations on a case-by-case basis and considered factors such as tenants’ financial situation, potential government support received, historical sales performance and the type of industry that the tenants operate in, since some industries were more impacted than others.

EPP offered tenants discounts or deferrals accordingly and with the aim of extending lease periods.

The company is in the process of acquiring a portfolio of properties called Metro, which comprises 12 shopping centres – eight M1 branded shopping centres and four Power Parks. The third tranche of this transaction is expected to conclude before the end of the year.

Trzósło believes the Polish government has been quick and efficient in responding to Covid-19, allowing the country to experience a minimised impact of the pandemic.

Poland was one of the first European countries to reopen its economy and even accelerate certain stages of the reopening – with some shopping centres allowed to resume operations earlier than expected.

EPP’s liquidity remains sufficient, with cash on hand of €177-million, which had been boosted by the company’s retention of a second-half dividend for 2019, as well as no dividend declared for the first half of 2020.

During the six months under review, EPP saw a valuation decline in its property portfolio on a like-for-like basis of 3.9%, mainly attributable to market impacts and marginally related to the cash flow impact – largely as a result of temporary rental discounts extended to tenants.

The devaluation had led to an increase in the company’s loan to value ratio from 50% in the prior year to 51.7% currently. The company continues to explore ways of enhancing operational liquidity.

EPP has reported a vacancy rate of 2.64% for the six months under review.

Trzósło, who was appointed CEO from June 25, is confident EPP will deliver on its full-year earnings guidance of between €0.04 and €0.05 apiece, owing to a strong Polish economic recovery expected in the second half of the year, no significant tenant failures having occurred and the successful conclusion of remaining tenant discussions.

The company will consider declaring a dividend for the second half of the year to December 30 when preparing its full-year results, which are expected to be reported in March next year.