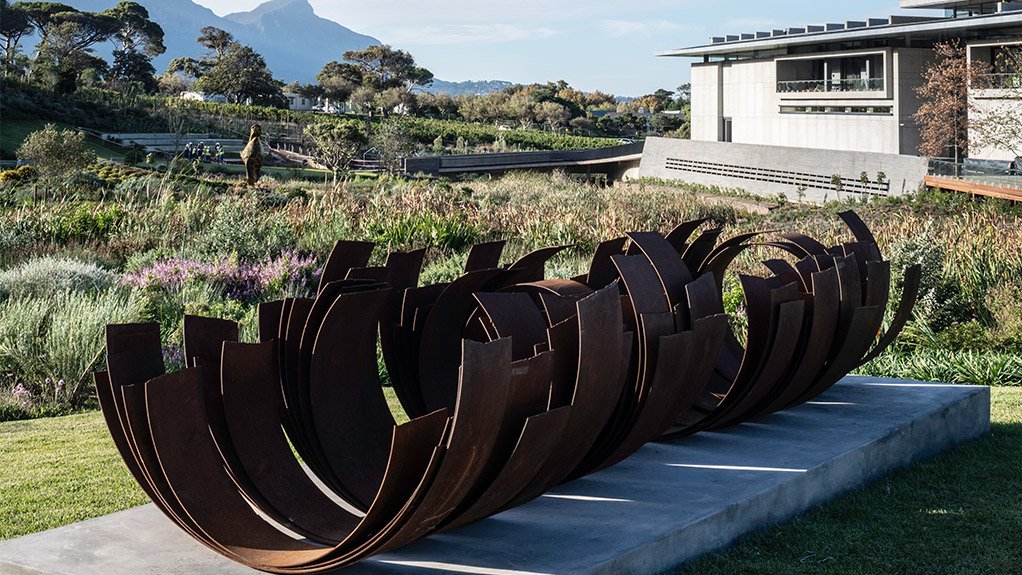 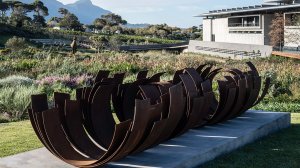 The Norval Foundation art gallery, which was established by the Norval family and opened in Steenberg, in Cape Town, in April, hosts works by a range of South African artists and has architectural and civil engineering features aimed at promoting environment friendliness and sustainability, the foundation says.

The site, which has been used mainly for agriculture since the seventeenth century, includes a sensitive existing wetland ecosystem, which had been neglected.

The wetland has been rehabilitated, with alien species removed and embankments shaped to improve the water course. The wetland and its surrounding buffer zones have been revived and replanted with locally indigenous fynbos, other indigenous plants and naturalised species, and has attracted insects and birds back to the site.

The wetland is one of the breeding sites of the endangered Western Leopard Toad. To allow for the toads’ safe passage, concrete culverts were constructed underneath the road and the slope of embankments has been carefully designed to enable the toads to traverse them. Earth ramps have also been incorporated on the upper reaches of the estate to enable the toads to move easily into the breeding ponds.

“The architectural design is a response to the specific context and the functional requirements of the architectural brief, and strikes a balance between two motivations: to protect the artwork within, and maximise views to the natural landscape outside,” the foundation states.

The technical requirements for the gallery spaces, in terms of environment control, include careful control of light, temperature, humidity and acoustics, as well as fire prevention. To create the minimal spaces required for the display of art, these features are concealed in the wall and ceiling cavities.

In addition to the rehabilitated wetland and indigenous landscaped sculpture park, other sustainability features include solar photovoltaic panels on the roof, a building management system to optimise performance, water-saving measures, a greywater purification system, the return of stormwater to the wetland system, and energy efficient glazing and solar shading on the façade.

“Wherever possible, natural light inside the building has been maximised, with large, full-height windows throughout, apart from certain galleries.”

The building comprises a large, environmentally controlled special-exhibitions space and a series of six small galleries that culminate in a large sculpture gallery, which serves as a dramatic setting for large-scale pieces, with Table Mountain as a backdrop. The gallery spaces are column-free, allowing for flexibility to display all forms of art, and they can be used to create separate experiences or a sequential journey.

The materials palette consists primarily of precast concrete, natural timber, granite and glass, which contrasts in a complementary way with the natural landscape. Clerestory windows allow the roof to appear to float above the heavy walls, like the lid of a box, also allowing soft, indirect natural light to penetrate the interior spaces.