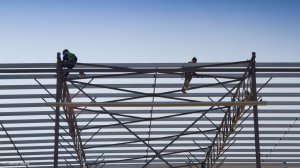 The Association of South African Quantity Surveyors (ASAQS) has urged government to follow Nigeria's example by employing reputable quantity surveyors to stamp out corruption and inflated construction costs in the building industry.

ASAQS executive director Larry Feinberg said in a statement on Wednesday that the Nigeria government, which faced some of the highest building costs in the world – formally asked quantity surveyors in the country to join its campaign against corruption, particularly in the local construction industry.

"The Nigeria government believes that quantity surveyors have a major role to play in achieving value for money and cost efficiency in the implementation of projects both in the public and private sectors of the national economy. It is time that the South African government took note of this contention,” said Feinberg.

He added that Nigeria realised that the expertise of construction economists – particularly quantity surveyors – held the key to unravelling the mystery behind high project costs, often caused by perceived risks that were converted into monetary values added to overall project costs.

He noted that ASAQS had already warned that the tendency to omit cost-controlling quantity surveyors from public-sector projects could lead to spiralling construction costs and encourage corruption.

"The South African Ministry of Finance has included quantity surveyors in the team appointed to investigate costs relating to the recent Constitutional Court finding on the Nkandla project,” he pointed out.

With this in mind, Feinberg added that it was imperative for credible and responsible quantity surveyors to be employed at the outset of any major public-sector project to ensure that costs were controlled and potential corruption avoided.

"South Africa should formally adopt a value-for-money principle to fight corruption in the construction sector,” he concluded.