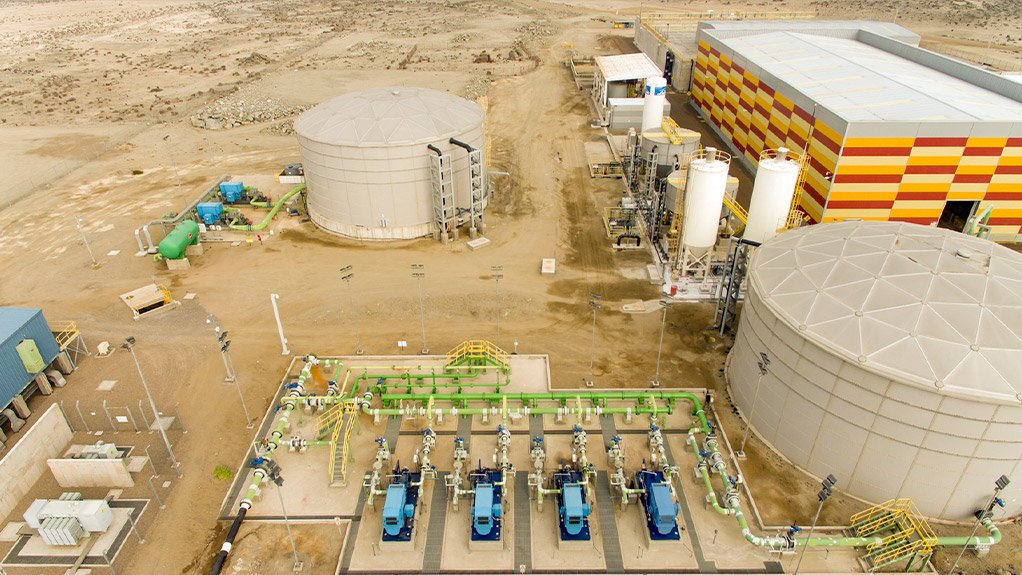 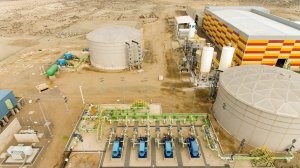 Aerial view of a desalination plant

With concern growing that climate change will exacerbate South Africa’s vulnerability to drought, the country is likely to see more desalination plants being installed along our coastline.

Coastal provinces such as the Western Cape and Eastern Cape have been experiencing intense droughts in recent years, and about 10 desalination plants have already been built. According to Dillon Govender, Zest WEG’s public sector specialist, a key cost factor in these plants is the electrical energy required for the high volumes of water being pumped, as well as the volume and high pressure required for the reverse osmosis process, which is the most commonly used technology these days.

“Desalination plants employ numerous pumps for various functions in the process – all of which need to be driven by electric motors,” says Govender. “The reverse osmosis system also requires relatively high pressures to be maintained, to enable salts to be removed through the use of semi-permeable membranes.”

Reducing the specific energy consumption (kwh/m3) is therefore a strategic requirement underpinning these plants’ viability and performance. WEG’s range of high efficiency motors are being employed across the complete range of desalination plant pump applications, he says.

These include the intake of raw water (sea water) into the pre-treatment section for the first filtering, high pressure pumping through the reverse osmosis phase itself, post-treatment and storage, and the final pumping to distribution networks and facilities.

“Our motors are also used for the pumping of concentrated sea water or brine back into the ocean,” he says. “Only about half or around 45% of the volume of the seawater entering the plant through the intake system actually leaves as potable water.”

To further enhance the efficiency of the pumping circuit, Zest WEG supplies gearboxes and variable speed drives (VSDs) with integrated PLCs. This optimises energy consumption while ensuring the required pressure and flow through the desalination membranes, as well as reliable performance in auxiliary systems such as backwashing, dosing, chemical cleaning and brine pumping systems.

Due to the corrosive coastal environment typically associated with the location of desalination plants, the WEG high efficiency motors have integral IP66 protection, facilitating protection against salt water ingress caused by heavy seas and higher tides. Installation of heaters as well as the epoxy coatings of the motors, helps achieve greater longevity under these arduous conditions. WEG’s Variable Speed Drives (VSD) and soft starters are also available with IP55 ingress protection improving longevity, while all critical components within the VSDs and soft starters are covered with an additional anti-corrosive coating.

He notes that WEG motors and other electrical equipment have been installed in desalination plants in African countries like Namibia, Algeria and Tunisia, and more widely in countries globally including Saudi Arabia, Bahrain, United Arab Emirates, Chile, Peru, Australia and Spain.