Economic growth to improve this year but will remain constrained

Economic growth to improve this year but will remain constrained 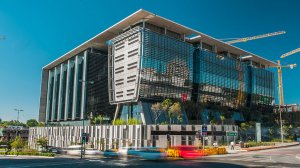 The economic prospects for this year are better than 2020, but the recovery of the global economy will take some time, which will impact on South Africa’s prospects going forward, owing to the country’s dependence on global events, Alexander Forbes Group chief economist Isaah Mhlanga has said.

Speaking during financial services provider Alexander Forbes Investments’ ‘Local and Global Economic Themes and Investment Trends 2021’ webinar, held on February 2, he explained that there was a significant contraction in global economies in 2020, owing to lockdown regulations.

With the number of Covid-19 cases still on the rise, and many countries in their second or third wave of infections, lockdown restrictions would continue to impact on economies for a while to come, until herd immunity was achieved, he noted.

For South Africa, Mhlanga said, there was likely to be a need for stricter restrictions over the winter period, with another wave likely, and again later in the year during summer.

South Africa’s economic recovery depends on several factors, some controllable and others uncontrollable, with the most important one being the logistics of Covid-19 vaccines, Mhlanga said.

This includes the ability to procure Covid-19 vaccines, as well as their effective distribution and wide acceptance.

The country is likely to only have full vaccine roll-out by the second half of 2022, Mhlanga said, which meant that, until then, the country should plan for continued stop-starts to the economy as lockdown levels change.

Mhlanga said such lockdowns, while necessary, limited economic growth and hindered sectors such as the tourism industry, which were meant to be catalysts for job creation.

The economic costs of lockdown restrictions for businesses and individuals are therefore expected to continue throughout this year.

As such, Mhlanga highlighted that there would be pressure for government to extend the Temporary Employer/Employee Relief Scheme, but also to establish a basic income grant. He noted that while the latter was necessary, it would increase the fiscal risk.

It was expected that there would be better revenue outcomes for fiscal year 2020/21, but 2021/22 would likely remain in line within the Medium-Term Budget Policy Statement forecasts, he said.

He noted that fiscal consolidation had become necessary, and while drastic cuts were not expected this year, consolidation would take place for much of this decade.

Mhlanga said it was expected that monetary policy would remain accommodative and would only start normalising in the second half of 2022.

“Global trade volumes show signs of a recovery but the recent resurgence in Covid-19 infections and lockdowns poses a downside risk to the global economic outlook in the medium term.

"Global growth is expected to rebound by 5.5% in 2021 from a revised projected contraction of 3.4% in 2020 on expected vaccine-driven strengthening and additional fiscal policy support,” said Mhlanga.

He noted that global activity would remain well below pre-Covid, January 2020, levels.

“Even with the anticipated recovery in 2021 and 2022, output gaps are not expected to close until after 2022 and inflation is expected to remain subdued.

"Global growth is set to improve but will remain constrained until population immunity is achieved, and South Africa’s growth will rebound from a low base but normalise around 2%. Certainty on land expropriation removes a threat to confidence and there is value in South African asset classes driven by a weakening US dollar cycle that favours emerging markets,” said Mhlanga.

He noted that South Africa’s long-term growth strategies for the economy after the Covid-19 pandemic must consider several factors, such as localising global manufacturing at consumption site through production onshoring.

Moreover, he highlighted the technological leap, which is permanent and presents major benefits to economies, indicating, however, that the digital divide would persist.

Mhlanga also noted the rise of the home office and the online retail market. He indicated that this led to a change in dynamics in the property market, that is, residential improves but commercial is at risk.

He also mentioned the considerations of reduced regional and international travel for business for multinationals; and the mooted transformational effect of the Africa Free Continental Trade Area, albeit with many hurdles still to be overcome.

Alexander Forbes research head Lebo Thubisi, meanwhile, said the market environment had meant that there had been a quickening of the pace of consolidation in 2020, which he expected to continue this year.

This has come as some larger investment managers have used their scale to expand profit margins, while offering products at lower costs.

Investment managers were fast embracing the cloud as this tool and advanced analytics enhanced cost efficiencies. The cloud also brought in on-demand storage and processing capabilities, resulting in new developments such as advanced analytics to process virtually all kinds of structured and unstructured data to improve decision-making, noted Thubisi.

He echoed Boston Consulting Group's view that the alternative fund industry was going to grow significantly over the next five years.

He noted that infrastructure investments offer a myriad of opportunities from which investors could benefit while supporting small investees in developing economies.