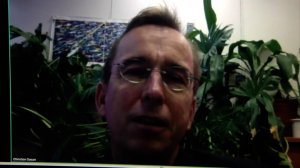 Unido programme manager Christian Susan outlines what an eco-industial park is and what it entails.

He pointed out that the country had already invested R760-million in the IPRP.

The GEIPP is funded by Seco and implemented internationally by Unido. The NCPC-SA will be the implementer of the three-year GEIPP in South Africa, following a successful pilot project in 2018 to 2019.

Ambassador of Switzerland Dr Nicolas Brühl welcomed the launch, which marks the first phase of this project in the country.

He said that, with climate change hindering economic and sustainable development, there needed to be a move away from business as usual in the country.

He acclaimed that eco-industrial park developments had emerged as a means for more sustainable development and that the GEIPP would help to lower South Africa's carbon emissions.

Brühl also mentioned that the Swiss government was strongly focused on competitiveness and resource efficiency and that this programme was an integral element of that.

He noted that competitive economies based on sustainable growth contributed towards economic and community development.

Unido programme manager Christian Susan explained that an eco-industrial park was a community of manufacturing and service businesses located together on common property, with member businesses seeking enhanced environmental, economic and social performance through collaboration in managing environmental resource issues.

For the former, the park is mainstreamed in relevant policy and regulations, and eco-industrial park approaches are implemented in pilot parks. For the latter, eco-industrial tools are developed and capacity is enhanced.

In each country, the programme targets one park as a model park, three to four other parks for technical assistance and six to eight further parks for awareness and training. The parks are chosen using an assessment of 51 indicators in the international framework for industrial parks.

In South Africa, the East London Industrial Development Zone has been chosen to serve as the model park.

GEIPP chief technical adviser Klaus Tyrkko noted that, in the assessment of parks in the country, these showed large improvement potential, reflecting a willingness to change and develop.

The highest identified improvement potential is in park management, followed closely by environment.