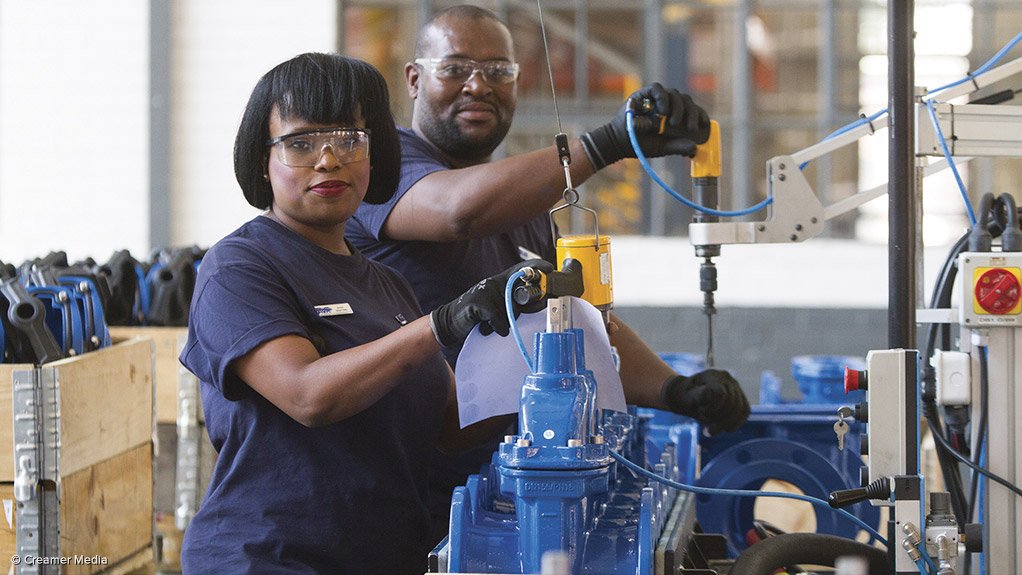 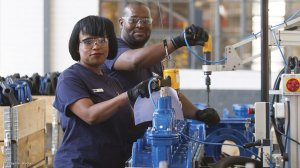 Photo by Creamer Media
CHAMPIONING TRANSFORMATION A transformation study for the valve and actuator manufacturing industry will address the participation of previously disadvantaged groups, including women and youth in the industry

Valves manufacturers body Valve and Actuator Manufacturers Cluster of South Africa (Vamcosa) is lobbying the Department of Trade, Industry and Competition (DTIC) to expand the instruction note that regulates the environment within which government departments and public entities procure valves and actuators to include associated products.

Vamcosa has received tremendous support from government in the form of the DTIC, says Vamcosa champion Kingsley Duba, highlighting that the department has seconded its officials to work closely with the association.

“The DTIC officials attend all our meetings and play a significant and necessary role in all of Vamcosa’s initiatives.”

Adherence to local content and designation still remains a challenge for Vamcosa and other designated industries, confirms Duba, despite the DTIC requiring valves procured for government projects to contain 70% local content.

“It is because of this that the DTIC has joined Vamcosa on a roadshow to conduct workshops on local content and designation,” he says.

This roadshow will target all relevant sectors, including water, power, transport and mining. Thus far, various entities have been visited in two provinces and revealed a general lack of awareness and training about local content.

“Because we realise that the DTIC will never have enough capacity to cover all government entities, it is Vamcosa’s aim to continuously lobby government institutions to train their officials and create more capacity for verification of local content,” explains Duba.

Vamcosa’s membership has declined to 12 manufacturers this year from last year’s 18 because South African manufacturers cannot compete with China on price, says Camphausen.

Duba emphasises that Vamcosa is constantly looking to increase its membership and is on a drive to find more valves and actuators manufacturers.

“However, we are very strict in our criteria of selection. Our members’ products have to be 70% local content at the very least and the quality of their products must be equal to or better than internationally imported products. That is the only way we can make a difference in our local industry and compete globally.”

Camphausen adds that, by procuring local products, the public and private sector will enable valves manufacturers to invest in research and development and, along the value chain, in the implementation of skills development programmes on a larger scale instead of sporadically.

Encouragingly, Vamcosa has partnered with the Industrial Development Corporation and the DTIC to formulate a transformation study for the industry, which will entail the participation of previously disadvantaged groups, including women and youth in the industry. This will also outline Vamcosa’s plans in training and mentoring young and upcoming industrialists, says Duba.

Vamcosa was formed as a cluster within the South African Capital Equipment Export Council (SACEEC) to represent the country’s valves and actuators manufacturers. SACEEC entered into a public–private partnership with the DTIC to promote export trade by South African manufacturers.

“It is through this partnership that Vamcosa members have benefited by participating in trade missions elsewhere in Africa and around the globe. We are now in the process of finalising more partnerships with various other trade promotion entities targeting specific African countries and projects,” concludes Duba.