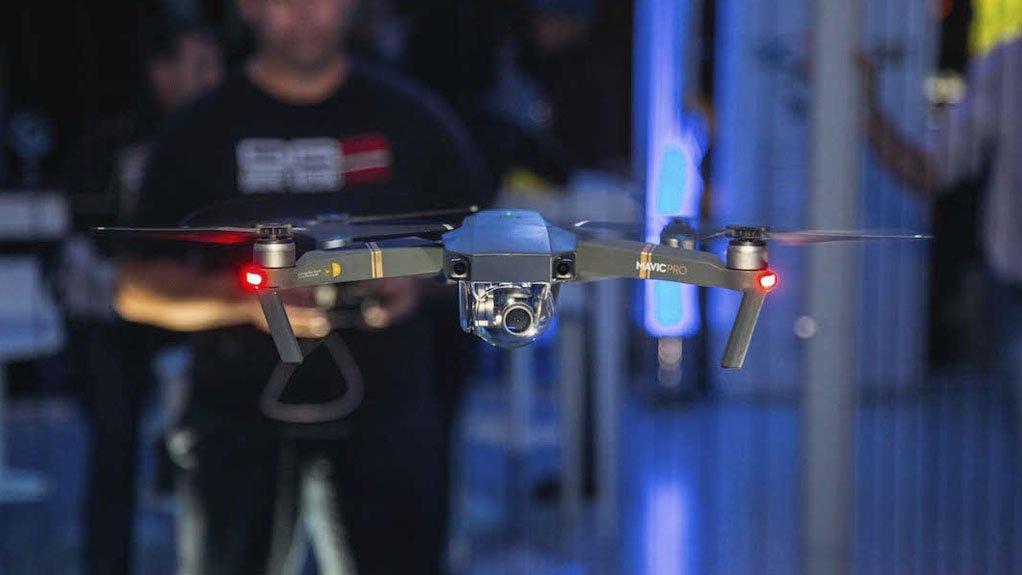 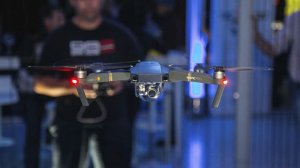 Any sector has the potential to adapt drones to its purposes, owing to drones being versatile, relatively low cost and on an upward trajectory in terms of technological development, says United Drone Holdings CEO Sean Reitz.

“Mines have adopted drones for aerial surveys, which is a cheaper, faster and safer alternative to using traditional methods. It is much quicker and employees are not put into unsafe environments.”

A new area of development in the use of drones on mines is security, as drones are equipped with thermal imaging and can be used to combat copper, battery and diesel theft. “They can also be used to confirm an intrusion alarm after which a tactical team can react,” Reitz explains. As mines are too large to be patrolled by security all the time, drones are an inexpensive method to improve site security, he maintains.

Moreover, environmental-impact studies can be done using drones, and they can help to validate remediation in mining. In construction, they can be used to monitor job sites using thermal imaging to check the temperature of different infrastructure, such as electricity boxes, and in project planning and management.

Although capital investment is a challenge when integrating drones into company operations, the legislation is even more of a challenge, Reitz says. The licensing process is lengthy and can cost a significant amount of money. “Essentially, a commercial drone is seen in the same light as a manned aircraft in the South African Civil Aviation Authority’s (SACAA’s) perspective, but it can be easier to get an operating licence for a manned aircraft than a drone,” he highlights.

Currently, there are 24 companies in South Africa that are licensed to fly drones and, of those, only one is licensed to fly beyond visual line of sight, or BVLOS. There are an estimated 30 000 to 50 000 drones in South Africa at any given time, says Reitz. However, according to the most recent update from the SACAA, there are 340 applicants waiting to have their documents processed and a backlog of more than 500 aircraft waiting for the Remotely Piloted Aircraft Systems letter of approval authority, for airworthiness, which is proving to be a major concern.

“If, since the implementation of the drone regulations in 2015, only 24 companies have been licensed, it is concerning to think how long it will take to process the current 340 applicants,” Reitz points out.

Further, several thousand more applicants could either have given up or do not care to obtain a licence anymore, he highlights. “This bottleneck is affecting development in the industry as well as increasing aviation safety risk, mainly because SACAA is lagging behind in the implementation and enforcement of regulation.”

He mentions that, in South Africa, all commercial drones are viewed in the same light and this is one of the reasons why there are only 24 licensed drone operators in South Africa. There should rather be a distinction between low-risk drone operations and larger, more high-risk operations.

Changes Can Be Made

Reitz says there are a few avenues available to SACAA through which to improve legislation and reduce the backlog. “The authority needs to understand that more resources need to be invested into speeding up the application process, such as digitising the process,” Reitz puts forward.

He adds that another avenue is to create more achievable compliance levels for small operators, such as wedding photographers. “Many countries globally, such as Australia and Holland, have two distinct classifications for drones . . . aircraft that are full industrial versions – 2 kg or larger – and light versions that are less than 2 kg. Each version would have different legislation.”

He explains that the light versions have more open legislation and if similar legislation was implemented in South Africa, it could be a significant boost to the industry.

The Commercial Unmanned Aviation Association of South Africa is working on a dossier that will set out many of the concerns and issues the industry has about the regulations, says Reitz. “They will deliver the dossier to SACAA in the upcoming weeks, and this will hopefully kick-start some changes in drone legislation.”

Reitz believes the drone industry can contribute to South Africa’s economy and job creation, specifically youth employment. An economic-impact assessment completed by GOPA Group SA joint MD Dr Roelof Botha in 2017 highlighted that the South African drone industry could have produced a turnover of R2-billion in 2017, if the industry was able to expand further, in addition to creating another 24 600 formal jobs and 9 700 informal jobs.