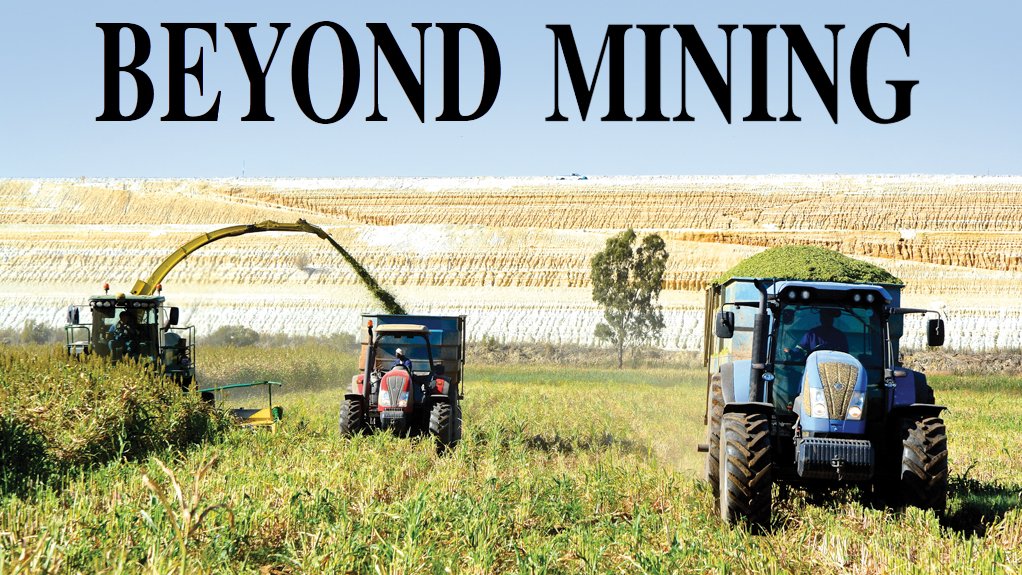 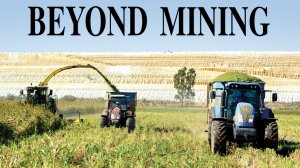 JOHANNESBURG (miningweekly.com) – As the mining industry winds down from the supercycle, thereby coming under increasing budget constraints as markets tighten up and commodity prices fall, more mines are closing and the need for their rehabilitation is coming to the fore.

There is growing debate regarding the use of rehabilitated mine land to produce either a viable crop or pasture for livestock or to rear livestock in a bid to expand South Africa’s fragile economy and help ease the burden caused by the loss of mining-related jobs by creating employment in agriculture.

Farming on rehabilitated mine land would also upskill communities and assist in meeting the growing demand for food and possibly energy and/or fuel as well, as growing biofuel crops on such land is also a possibility.

Mining Weekly spoke to mine rehabilitation company Agreenco and agricultural industry organisation Agri SA about the viability of commercial farming on rehabilitated mine land. Both Agreenco and Agri SA expressed an interest in the matter, stating that this is a new industry in which there is little experience. Nonetheless, they say it holds significant potential for the future of the country.

They also point out that such an undertaking is highly intricate, requiring scientific understanding of site-specific issues. Even in the most basic form, farming on rehabilitated mine land is not always viable. The land needs to be analysed to determine whether any crop, or pasture, can be viably grown and the extent to which this can be done. Following this evaluation, the land will then need to be designed for agricultural purposes.

Agreenco director Fanus van Wyk says the matter is further complicated by having to determine whether the land is suitable for certain crops, based on the rehabilitation culture and practices of previous mine owners, the climate of the area, the levels and health of topsoil at the site, the geometry of the land and the extent of contamination of the soil and water.

He says each mining area is unique, which presents different contexts in which agriculture can be viable. “You need to examine different types of commodities of farming to see which business case fits best . . . and, most importantly, consider the scale thereof.”

Agri SA natural resources head Janse Rabie states that a memorandum of understanding (MoU) was signed in September 2016 between Agri SA and the Chamber of Mines (CoM) to establish a local database of mining and agricultural activities. “The MoU with the CoM aims to develop a joint project based on an online atlas, which will follow and review the impact of agriculture on mining and mining on agriculture.”

Rabie says the atlas will ensure an enhanced understanding of “coexistence” between mining and agriculture. In this regard, Agri SA aims to ensure minimal impact from any external source on highly sought-after agricultural land, with one of the major threats to such land being mining, he points out. However, Rabie notes that Agri SA does not want to oppose all mining operations and projects. “We acknowledge that mining is an enormously significant contributor to the economy and [provides] a lot of jobs. The idea is to cooperate with mining as much as we can.”

Following reviews received since the signing of the MoU, Rabie says work can start on the development of recommendations, including opportunities for mining and agriculture to coexist, rehabilitation best practices and potential post-mine-closure land uses that could support agricultural activities. “These developments are imminent and we hope to have them finalised before the end of the year.”

Van Wyk explains that mine land rehabilitation and agriculture boil down to technical viability, which will result in various degrees of success in returning the land to its original state, and market viability, which depends on whether there is demand for agricultural produce such as food crops, forage crops and meat products, as well as energy crops used for biofuel production.

He says there were no specific commitments historically from mine owners to rehabilitate mines, with the implicit assumption that the land end-use would be agriculture or wilderness, but with no consideration of the investment that would be required to achieve this.

“Mines were never designed to be turned into commercial farms once they closed. There was a commitment to basically return the land to a state of stability and to ensure no net environmental impact, or to achieve a state that will meet the satisfaction of the Department of Mineral Resources.”

According to Van Wyk, the impetus of mine rehabilitation should be to return mined land to a state where viable economic enterprises can be incentivised to stimulate job creation and economic reactivation.

Rabie highlights that the most significant and prevalent land issues pertaining to the planting of crops on rehabilitated mine land are the land-carrying potential, crop yield possibility, the changing of water tables, the decanting of water where water was never present, disturbed geology, soil compaction and a lack of nutrients in the topsoil.

He notes that opencast and above-ground coal mines are notoriously difficult to rehabilitate, owing to the vast amount of topsoil that needs to be replaced once the mines have been back-filled. This is exacerbated by the fact that, when an opencast mine is built, the topsoil cannot simply be stockpiled for later use as covering when the mine closes, as nutrients leach out and compaction of the soil increases, making it difficult for vegetation to grow on it.

In terms of growing a commercially viable crop, Van Wyk points out that adequate topsoil depth is required in instances where the topsoil is placed for the purpose of final rehabilitation of opencast mines and tailings dumps.

Conventional methods of rehabilitating such mines include the layering of about 300 mm of topsoil, on which pasture grass is established. However, this volume of topsoil is often inadequate to produce commercial yields and, therefore, he notes, more effort in topsoil placement design and management is required.

Further, not all crops can grow on any kind of rehabilitated mine land and the type of crop that can be grown needs to be carefully established, with a biological and scientific method applied to determine the potential yield of harvestable material associated with the cultivation of certain crops.

However, Van Wyk and Rabie concur that energy crops used for biofuel production are proving highly viable in most instances in terms of their propagation on rehabilitated mine land.

“I am a big advocate of growing bioenergy crops in feasible scenarios, especially where mines can use the energy themselves. Agreenco is undertaking a couple of bioenergy crop-growing projects to basically create sustainable energy farms on mined land,” he says, adding that, in this way, the rehabilitated mine land can be returned to economically feasible land end-use. The creation of bioenergy farms on rehabilitated mine land will result in opportunities to employ and upskill people, thereby justifying the use of such land as a viable investment, Van Wyk adds.

He points out that a highly positive aspect of growing energy crops is their potential to assist in easing energy deficits and attaining the goal of cleaner energy use in South Africa. “There is also a carbon-reduction advantage in planting energy crops. Planting biofuel crops on rehabilitated mine land also means such crops are not being planted on valuable land that can carry food crops.” He also supports meat and grain production on rehabilitated mined land where technically and economically feasible.

SUCCESSFUL UNDERTAKINGS
Although Van Wyk and Rabie say Australia and Canada have implemented agricultural projects on rehabilitated mine land with great success, one noteworthy example of a similar undertaking in South Africa is diversified mining major Anglo American’s Kriel colliery project, in Mpumalanga, which started in 2014.

Trials began with the establishment of a maize crop on 400 ha of rehabilitated land. Following a successful harvest, soya beans were planted, with the crop sold through regular market channels. Kriel colliery rehabilitation superintendent Wilhelm van Zyl notes that yields on the mine’s old Block 6 operation were about 1 t/ha, whereas an existing arable control strip yielded double the output.

Although the 1 t/ha yield might not seem like much by comparison, Kriel colliery project environmental land manager Jurie Human is encouraged by these results, stating that they prove not only that it is possible for mine land to deliver cash crops of an acceptable standard but also that, with a little more effort, there is huge potential for yields to be further improved.

Rabie states that the potential to transform rehabilitated mines into viable farms is becoming more realisable. “The processes of rehabilitating land are getting better – the result of science becoming a major part of it. I think the degree of liability [placed on] mining companies has also become a lot more stringent, thus encouraging miners to apply better procedures to stabilise the land post mine closure.”