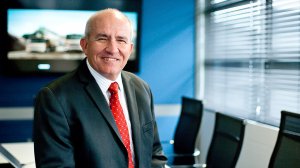 Daimler Trucks & Buses Southern Africa (DTBSA) announced on Thursday that it had expanded its area of responsibility from South Africa, Lesotho, Botswana, Namibia and Lesotho, to also include Malawi, Mozambique, Zimbabwe and Zambia, through the formation of the Regional Centre for Southern Africa.

Before January 1, these markets were the responsibility of Daimler’s office in Stuttgart, Germany, DTBSA executive director Kobus van Zyl said in Pretoria, at the official opening of the centre.

Daimler member of the board responsible for trucks and buses, Dr Wolfgang Bernhard, believed the formation of the centre would drive sales growth for the German manufacturer in the region.

“We look forward to a bright future in the region.”

Bernhard noted that the new centre was more an investment in human capital than in brick and mortar, in terms of training new service technicians, for example.

Van Zyl was optimistic that the economic growth forecast for the new nine-country region would prove more positive than most of the globe up to 2020, with economic growth to stimulate infrastructure expansion, which, in turn, would stimulate truck sales.

He also believed that the centre would benefit from the expansion of South African businesses into Southern Africa, with DTBSA's customers reaping the rewards of the increased availability of parts and service facilities in the region.

Daimler sold around 5 500 trucks, buses and vans in the nine-country region last year, with Van Zyl hopeful of doubling sales in the four new countries in the next two years.

Bernhard said the region could look forward to “a number of new products”, which he described as “robust, affordable and tough”.

The aim was for all of the region’s product requirements to be assembled at DTBSA’s East London plant, even if some trucks might initially enter the market as completely built-up units, he added.

Van Zyl confirmed that the region could expect a “wave of new products in the next five years”, with Daimler’s plant in India providing “huge opportunities” for new product introductions.

The Regional Centre for Southern Africa is the third of six regional Daimler centres to open its doors recently.

Earlier this week, the Regional Centre for East, Central and West Africa started its operations. This centre is based in Nairobi, Kenya.

Similar bases would follow for South Asia, South-East Asia and Latin America within the next few months.

In the past, Daimler had managed all of these regions primarily from Stuttgart.