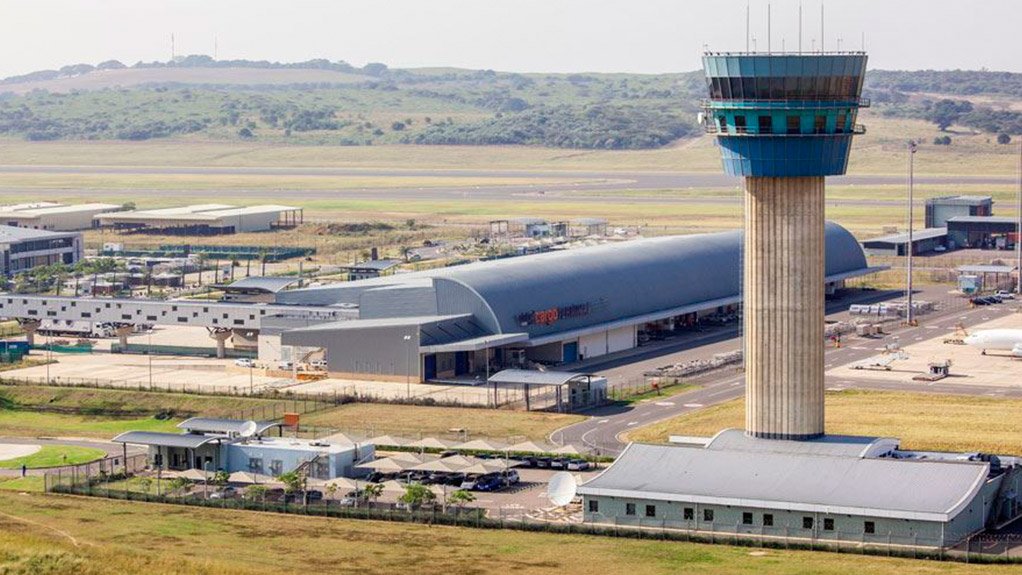 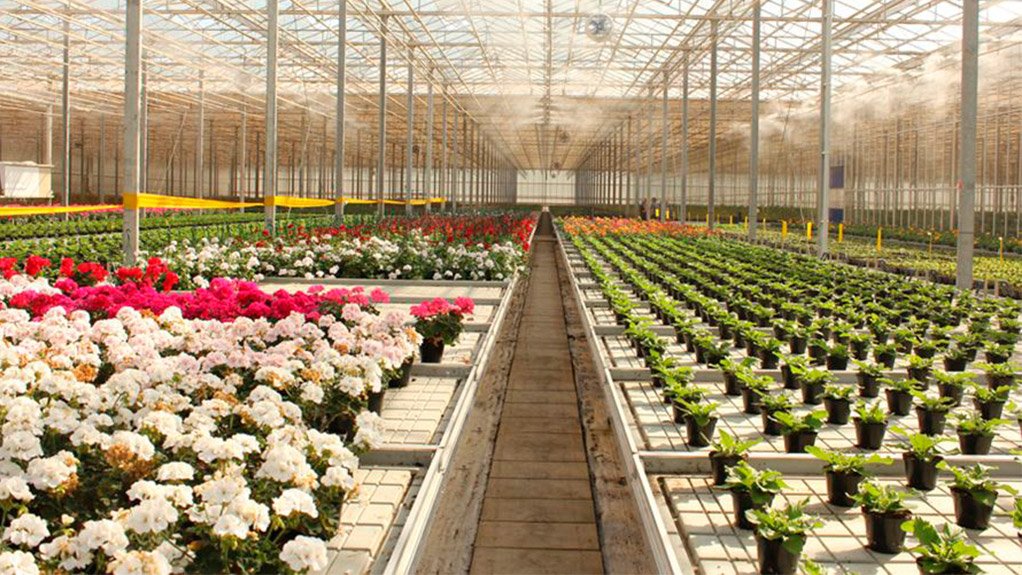 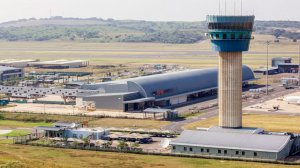 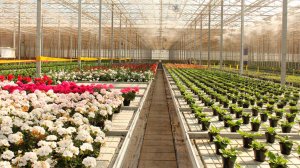 IN THE ZONE Dube TradePort's Cargo Terminal, which safegaurds wares from the Agri and Trade Zones, has maintained 0% cargo loss since 2010
WASTE NOT WANT NOT The Trade Port's AgriZone uses wastewater from the King Shaka International Airport Waste Wtaer Treatment Works

“In each of the greenhouses that are located in the trade port’s agricultural zone (or Dube AgriZone), rainwater harvesting takes place. The precipitation from the greenhouse roofs is captured and then stored in closed-surface storage ponds adjacent to each greenhouse,” Erskine explains, also noting that the storage ponds are at 60% capacity, and that the boreholes within Dube AgriZone supplement the available water within the development.

Once the treated wastewater has reached general limit values or special limit values – as stipulated by the Department of Water Affairs and Sanitation in the Environmental Authorisation – it is pumped to Dube AgriZone, where it undergoes reverse osmosis treatment before it is stored in a closed surface storage pond.

Closed-system irrigation and drip irrigation systems are employed where appropriate while conserving water use, with about two-thirds of the irrigation water being recirculated.

Other green initiatives include a 701 kWp photovoltaic (PV) panel installation, which has been fully operational since 2011. The PV system currently supplies a pack house, distribution centre and the Dube AgriLab, which is a tissue-culture laboratory at the trade port. Also, the trade port has earmarked three other locations for PV panel installations that will have a combined capacity of 225 kWp.

The trade port, in association with the eThekwini municipality, is also involved in ongoing integrated transport planning and will introduce an on-site public transport service during 2016.

Erskine points out that, in addition to reducing carbon emissions, the transport service has the added benefit of addressing the lack of affordable and efficient public transport in the region.

Cargo Terminal The DTPC notes that its cargo facility is regarded as being one of the most technologically advanced cargo terminals in Africa. It contains automated handling equipment and offers one-stop, 24/7, on-site regulatory service that include South African Revenue Service (Sars), Customs, Border Police, the South African Police Service and other agencies.

Solely owned and operated by DTPC, the facility has maintained a 0% cargo loss since its inception in 2010.

Additionally, the DTPC has received Sars and South African Civil Aviation Authority (Sacaa) approval and is also a Part 108-compliant facility, which means that it complies with Sacaa regulations pertaining to the acceptance, forwarding, storage and carriage of cargo by air.

The facility is linked to King Shaka International Airport (airside) and to Dube TradeZone (landside) through an overhead conveyor airbridge. The TradeZone is where the freight-forwarding community, logistics service providers, assemblers, distributors and manufacturers are based.

The AgriZone products are able to be trucked to the cargo terminal’s cold storage facility within minutes of harvesting and exported on the same day. There are 45 airline pallet bays in cold storage, with temperature settings from 2 °C to ambient temperature, offering four different temperature zones. The 1 500 m2 of open cold storage has two build-and-break stations and inline X-ray screening facilities.

Its current capacity is 100 000 t/y, which he indicates is sufficient for the next five years, since the predicted throughput will be at about 70% of capacity in five years. Also, it can expand to two-million tons a year by 2060.

About Dube TradePort The DTPC has assisted in drafting a 50-year master plan to develop an aerotropolis, with King Shaka International Airport acting as a major logistics gateway for Southern Africa.

“Its close proximity to the ports of Durban and Richards Bay, as well as its access to a rich network of road and rail links to the rest of Southern Africa, offers a unique advantage,” explains Erskine, adding that it is a prime location for industrial development, given the industrial development zone status of the Dube TradeZone and AgriZone.

Manufacturers and distributors within the TradeZone are able to access global markets, while the Dube City precinct will cater for retail, hotel, conferencing and entertainment facilities, as well as office and other knowledge-based activities.

Erskine concludes that it is important to note that the Dube TradePort is a long-term project with a strategic objective to create an overall enabling environment for new industrial and commercial sectors in the South African economy.