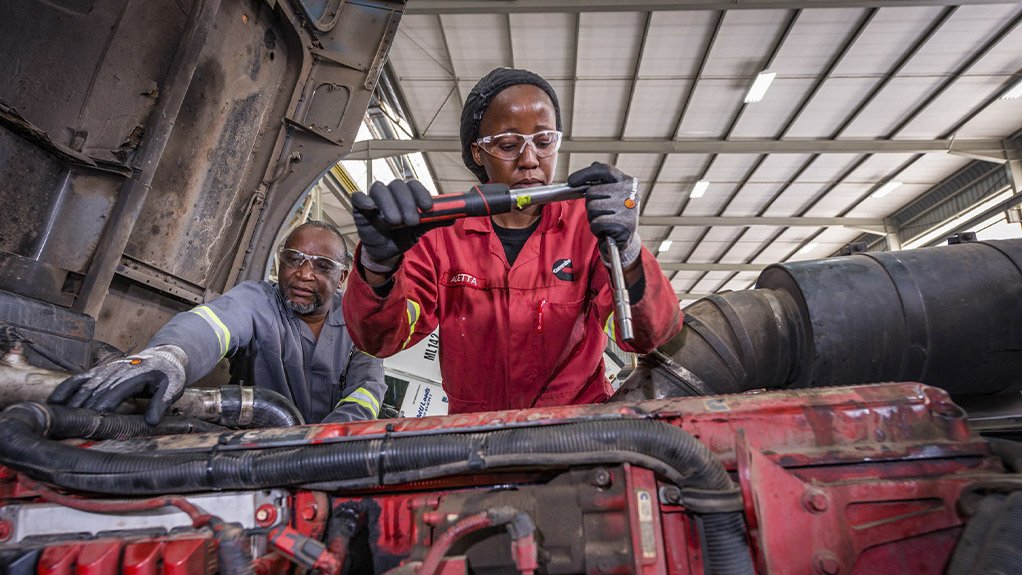 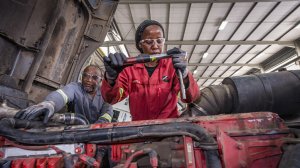 Instead of replacing air filters, maintenance technicians are cleaning them using compressed air or water and using extremely high pressures to do so.

“We don’t advocate anyone cleaning air filters, except in an emergency and at a pressure of less than 0.5 bar. However, technicians are frequently using pressures from 2.5 bar to 9 bar, damaging the filter media. This transforms an air filter into a rock separator, as small particles can now pass through the filter media,” Liversage tells Engineering News.

During the cleaning process, dust particles are also transferred from the dirty side to the clean side of the filter. Subsequently, dust enters the engine on start-up, contaminating the oil and starting the wear process in the engine.

“These inconsistent maintenance practices can be down to cost-cutting or mines being too focused on increasing production to undertake maintenance.”

Testing for contamination on site without specialised laboratory equipment is significantly difficult. Viscosity tests can be undertaken on site, with Cummins testing a sensor-based technology in Africa to measure oil viscosity. However, Liversage says viscosity tests do not provide end-users with the full picture, as only one small element of the oil is being analysed.

Cummins factory divisional field services engineer Louis Haylett says engine oil can get contaminated by external factors such as water and dust that can enter the engine when there is a missing oil filler cap and/or dipstick during normal engine operation, which lead to increased wear.

“Engine oil can also become contaminated if an engine runs beyond its specified oil maintenance interval, as it becomes contaminated by the by-products in the engine,” says Liversage, highlighting that soot is the biggest culprit of degraded engine oil.

Liversage explains that operating engines with contaminated oil will accelerate engine wear and significantly reduce the expected engine life quantified according to the load factors of specific applications.

“If engine oil has degraded, the machine needs to be stopped and the cause must be investigated to determine whether it can continue operating or requires repairs, owing to component wear.”

Using synthetic oils in combination with high sulphur content fuels, which are predominant in Africa, also leads to engine oil contamination, says Haylett, adding that each engine in the Cummins range has a preferred oil grade.

“Oils are formulated specifically for different engine technologies, with factors, such as fuel type and aftertreatment, influencing the type of oil that should be used in an engine. It is critical that the oil being used in an engine meets the performance requirements set by manufacturers such as Cummins.”

As synthetic oils are specified for modern and emission treatment engineered engines, mineral oils are generally used in Africa where older generation engines are in use, owing to the higher sulphur content of diesel available, states Haylett.

The incorrect storage of lubricants also leads to engine oil contamination and is occasionally a problem in Africa, notes Hilscher.

“Lubricants should always be stored under roof, out of the sun and horizontally to ensure that the fluid level is always under the cap, preventing contaminants from entering the container.”