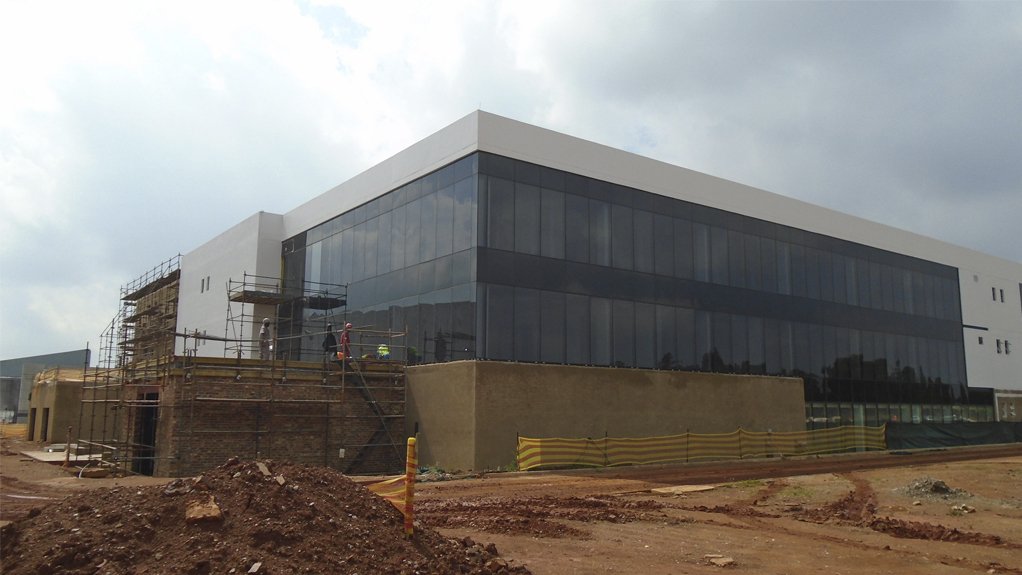 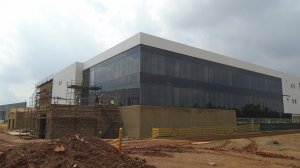 Raubex Building is nearing completion of a high-security block in the Jewellery Manufacturing Precinct (JMP) close to OR Tambo International Airport, east of Johannesburg.

The Covid-19 national lockdown brought the project to a halt for most of April, in line with regulations. Raubex Building, however, remobilised rapidly on site in May after the hard lockdown ended and the necessary permits were obtained.

“We placed a range of health and safety facilities in place including a spray tunnel, screening station and sanitiser tanks – safely phasing staff and subcontractors back into the workplace. This efficient process allowed us to reach full production again by the end of May,” says Raubex Building site manager Dwayne Nunez.

Raubex Building began work on the three-storey, 9 300 m2 building in March 2019 and will complete the project towards year-end. Soft ground at the site meant the structure needed to be based on about 130 concrete piles of 6 m to 8 m deep and finished with cubic-metre-square pile-caps.

Nunez notes that this “super-block” is a key part of a mixed-use master plan incorporating industry-specific facilities for precious metal and gold beneficiation. “The building will be part of a gated and highly-secure customs-controlled area where jewellery manufacturing and beneficiation can take place.”

A project of the Gauteng Growth and Development Agency and part of the Gauteng Industrial Development Zone, the JMP concept supports South Africa’s mineral beneficiation strategy. This strategy identified jewellery manufacturing or fabrication as one of five key value chains to beneficiate and export its mineral products.

The building’s striking design has prioritised the use of extensive glasswork, which hangs from slabs between concrete columns. The airy lobby features a triple-volume atrium complete with scenic glass double elevator from the ground to the first and second floors.

Concrete columns of usually 400 mm x 400 mm were cast on the pile caps, with strip footing of 700 mm wide and 300 mm thick between the columns for those high-security areas of the block that demanded brickwork rather than glass. Standard reinforced concrete slabs of 255 mm thick were poured for the first floor, second floor and roof using a concrete pump.

The atrium features a sheet-metal roof supported by steel trusses.

“The majority of the south-facing, east-facing and west-facing outer facades are glass, which makes up a total surface area of about 1 800 m2,” says Nunez. Glass panels were installed in frames on brackets fixed into the edge of the concrete slabs – a task conducted by a specialised subcontractor.

He notes that a core Raubex Building team of 40 staff has been on site, as part of total complement of between 180 and 200 people including subcontractors at the peak of construction.

A tower crane was erected to assist with materials handling during concrete works including lifting the concrete bucket, formwork, staging and reinforcing. Located in the area of the atrium for best reach, the crane was dismantled using a 300 t mobile crane to make way for the atrium roof construction.

“For a brief period, we also used a couple of telehandlers to move bricks, mortar and dry walling boards to the different floors,” says Nunez. Basic construction plant such as skid steers and tractor-loader-backhoe’s were also used to shorten the construction schedule.

“With its emphasis on security, this was certainly not a conventional project,” he says, adding that Raubex Building’s success to date demonstrates the expertise within the company and its ability to communicate effectively with partners to accommodate projects’ more complex elements.