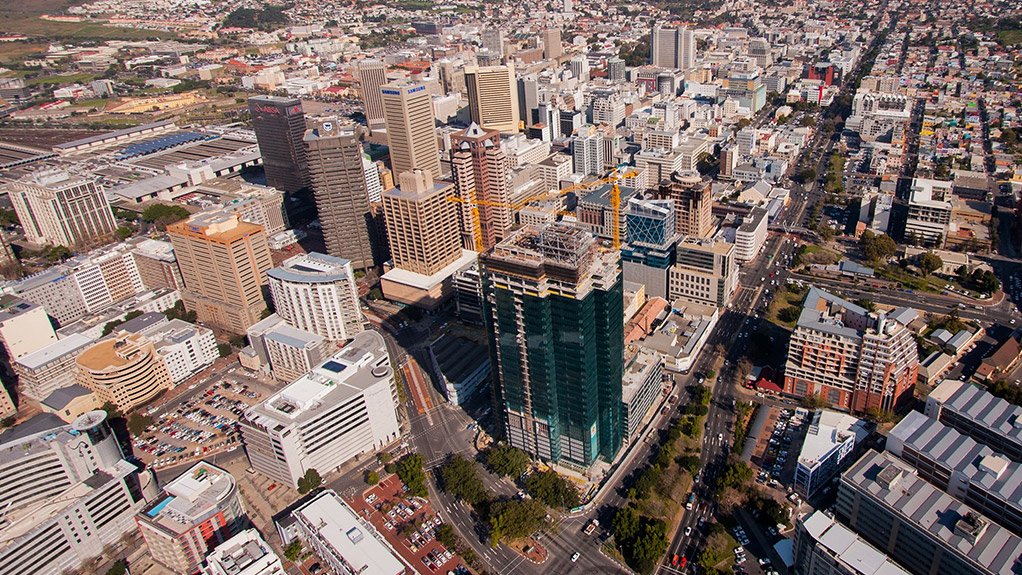 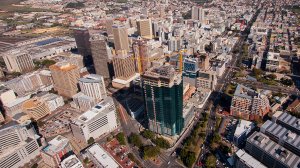 This is caused mainly by a lack of new contracts flowing from government’s purse, as well as increased violence and thuggery on local construction sites.

“Let’s put it in perspective,” says Mfebe, who has been Safcec CEO since 2013. “Public infrastructure spend has been declining. In the 2017/18 financial year government’s infrastructure budget was R947.2-billion. This was reduced to R834.1-billion in 2018/19. This is a whopping 12% nominal decrease.

“Also, in 2018 there was a 15.3% decline in the nominal value of contracts awarded, with the building industry hardest hit.

“Add to the mix that all of this is happening in an industry that is historically a big investor in capital expenditure and skills development.”

Mfebe notes South Africa can ill afford to lose any more depth in its construction industry.

Already, Group Five and Basil Read, among others, have filed for business rescue.

“Once we lose that capacity, it will take years to rebuild,” says Mfebe. “We’ll increasingly see the likes of the Chinese and the French coming to Africa to build infrastructure.”

It is not only the roster of available construction companies becoming smaller.

Many highly skilled engineers and technical staff are in the process of leaving the country. Safcec has identified 110 who have already left, as they flee the low-growth environment and increasing violence on construction sites.

“This has to be attended to. The conditions contractors face are fast deteriorating,” notes Mfebe.

One of the most notable cases in recent times have been the Aveng/Strabag joint venture (JV) quitting the Mtentu bridge project, in the Eastern Cape, owing to continued violent protests within the surrounding communities.

The client, the South African National Roads Agency Limited (Sanral), and the JV are currently doing legal battle regarding the costs involved around the JV’s departure.

“Again, let’s put this in perspective,” says Mfebe. “Sanral is a State-owned institution, therefore, we are talking about the government of the Republic of South Africa.

“It is the government’s constitutional responsibility to maintain law and order. That responsibility cannot be abdicated to private individuals such as contractors. Contractors are trained on how to build infrastructure, not on warfare.

“What does government expect them to do? Outgun the thugs?”

Mfebe says contractors have repeatedly gained interdicts against violent groupings threatening to disrupt construction sites should they not receive some form of benefit.

“People are arrested, yes, but then they are released again and they go back to site with a vengeance.

“It cannot be that the situation is left in the hands of the contractor. What happened to law enforcement agencies’ ability to maintain law and order?

“Both corporate and individual citizens are part of South Africa. Government has a constitutional responsibility towards all of them.”

Mfebe notes that construction projects worth around R27.5-billion have been violently disrupted or halted in South Africa in recent times.

Mafia State
Mfebe believes that the unrest often witnessed at construction sites are driven, to a degree, by the desire of the surrounding communities to become involved in and gain economically from projects in their area.

“We cannot dismiss that. Those expectations are genuine and have to be met.

“On the other hand, you see violence driven by gangs operating mafia style. Even worse, they are often alledged to be linked to local, provincial and national political figures.”

Mfebe says KwaZulu-Natal seems to have been the epicentre for this mafia-like behaviour, which has now assumed a national footprint.

“They have used violence and got what they wanted. What will stop them now? In this we are seeing the building blocks of a mafia state,” he warns.

“In a project in the Western Cape, with a German private investor, the police waited three hours for a public order unit to arrive, while they looked on as private property was destroyed.

“What message are we sending to the international community?”

Letter to Ramaphosa
Mfebe has drafted a letter, explaining the plight of the industry, and sent it to the Minister of Finance, Tito Mboweni, as well as to President Cyril Ramaphosa.

Mboweni’s office has acknowledged receipt, noting that the matter is receiving attention.

There has been no response yet from the President’s office.

Mfebe’s ideal outcome would be for construction industry body heads and company CEOs to meet with the President, in order to “highlight the gravity of the situation and the dire state the industry finds itself in, as well as the impact the industry’s demise is having on the economy”.

“Hate or love Gwede Mantashe, but when there are concerns in the mining industry, he is there. He engages. Something happens in our industry and no intervention takes place – even though it contributes 3.5% to the country’s gross domestic product and 8.3% to total employment numbers.”

“We need to stop this right away.

“While a lot of it happens under the mantra of radical economic transformation,  extortionist behaviour has affected both black- and white-owned companies, which tells you it is all about the money.

“We are teaching our children that they don’t have to work. They just have to carry the biggest gun.”