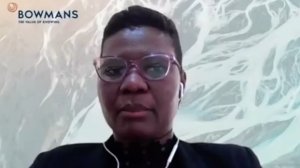 Bowmans competition partner Lebohang Mabidikane provides some background to Competition Commission’s use of public interest assessment, following its recent decision to block a proposed acquisition of Burger King on these grounds.

The Competition Amendment Act, and a recent decision by the Competition Commission of South Africa, have benefits, but also raise questions for companies, speakers indicated during a webinar held by legal adviser Bowmans on September 1.

The commission found that the merger would lead to a significant reduction in the shareholding of historically disadvantaged persons in the target firm, in other words, shareholding held by black individuals, from more than 68% to 0%.

Owing to this, the commission found the transaction would have a significant negative impact on public interest.

This presented the first case in over 20 years of merger control whereby the commission prohibited a merger purely on the basis of the merger being found to result in adverse public interest outcomes.

Therefore, this case raised questions regarding how the competition authorities were likely to approach similar transactions in future, and whether more mergers would be prohibited on this basis.

The case was now before the Competition Tribunal, and awaiting its decision, as the parties had come up with an agreement whereby certain conditions were proposed to mitigate the ownership concerns.

The commission’s powers regarding public interest and black economic empowerment were strengthened by the Competition Amendment Act, which was signed into law in February 2019.

However, she said that one of the biggest issues raised by the Burger King decision and the amendment, was that clarification was needed from the competition authorities about what weighting must be given to each of the different public interest pillars and how these would be cumulatively weighed against each other when assessing mergers.

She said this guidance would be helpful in enabling attorneys to assist clients, as well as for businesses to know what was expected from them when seeking to undertake mergers.

Mabidikane also said guidance was needed on whether the Competition Act could be interpreted by authorities to say that ownership must be used to promote historically disadvantaged people.

Meanwhile, US Embassy Minister Counselor for Economic Affairs Shawn Flatt said the Burger King decision raised some concerns in the US, with the perception being that it is not quite clear how the commission would apply an assessment of public interest in the future.

He, therefore, emphasised that, going forward, business was seeking more transparency and a clearer idea of what the rules of this were, especially in terms of the five principles of public interest and how these were weighted.

Flatt said there was plenty of room for the commission to use its website to provide guidance; there was controversy generated by the Burger King decision, with people still trying to determine through this commotion whether one pillar had more weight.