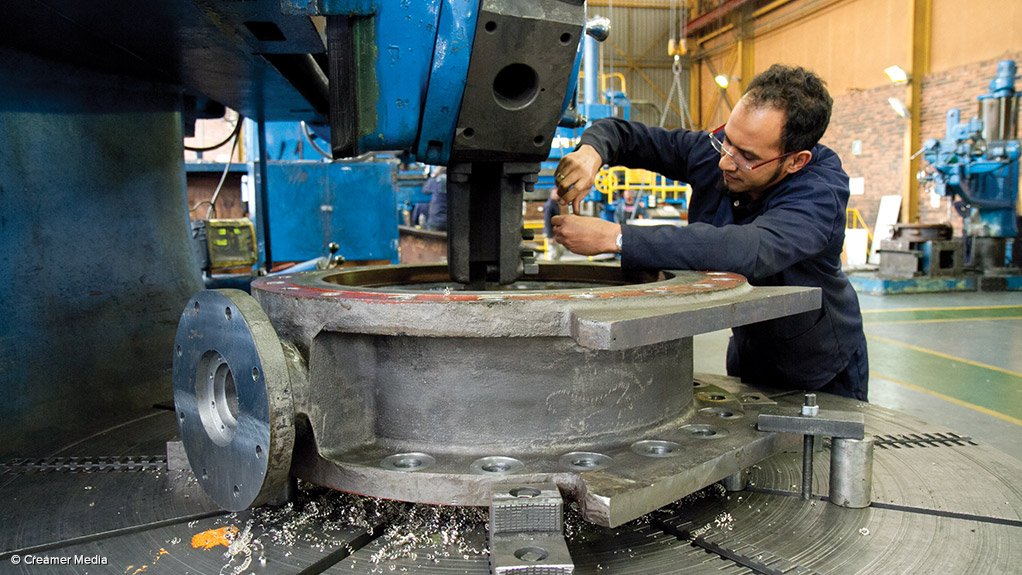 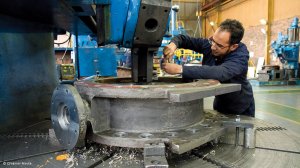 Specialist valves manufacturer Gunric Valves, which celebrates 25 years in business this year, has broken new ground in many industries and markets – both in South Africa and globally – owing to its designs.

Based in Robertville, Florida, on the West Rand, the company has made rapid advances since inception, mainly on the strength of a triple eccentric metal-seated butterfly valve it developed in-house, which has established it as a leading supplier to major industries in South Africa and a force to be reckoned with internationally.

When it started out as a small business in 1988, it was the only manufacturer of triple eccentric metal-seated butterfly valves in Africa – and this is still the case today.

For much of the time, it has also been the sole supplier of these valves into the local market, where only in recent years has it been faced with competition from imports, mainly from South-East Asia. “Even they have not been able to compete with us in more specialised high-end applications, where we are particularly strong and proficient,” comments Gunric Valves joint MD Gunter Schmikal.

Even in the world market – in which it steadily gained ground from the mid-90s up to 2008 when the world recession hit – its flagship product was unique for much of that time, as it was the only triple eccentric metal-seated butterfly valve on offer with a replaceable seat-and-seal combination.

“The big advantage here is that the turnaround time is so much quicker if the seat and seal have to be replaced. With the normal nonreplaceable versions, the seat is part of the body so it has to be remachined, which slows the process down and adds to the expense. We supply our replaceable seat and seal as a kit,” Schmikal explains.

Only in the last few years has one of the international producers of triple eccentric metal-seated butterfly valves begun to offer a similar solution – long after Gunric pioneered the concept.

Despite being hard-hit by the recession as far as its exports were concerned – plunging from 60% of turn-over in 2008 to an average of 15% since – the company has remained profitable and secure by continuing to cater to the needs of the local market, thanks to the near exclusivity of its primary product.

In fact, the trajectory of the success of the company’s triple eccentric metal-seated butterfly valve is one of revolutionising some major industries in South Africa – mining, water and power generation – in their use mainly of water, but also steam, gas and air in some applications.

“Our biggest market locally is the water industry, followed by power generation and mining. But it was in mining that we made our first breakthrough,” says Gunric Valves joint MD Eric Wilson.

“Within the first six months of establishing our company, we produced our first high-pressure valve. Prior to our appearance, the deep-level mines used gate valves, whereas our valve is about half their size and weight, so it offered huge advantages. Within a short time, we became the principal supplier to this market.”

Close on the heels of its first successes in catering to the high-pressure requirements of the deep-level mines, the company scored similar successes in meeting the processing sector’s high- temperature requirements. “Still within the first year of starting business, we delivered our first triple eccentric metal-seated butterfly valve to a platinum smelter in Rustenburg and the orders have kept rolling in,” notes Wilson.

The company’s breakthrough into the water industry came in 1994 and it also entered the power generation industry in the 1990s. “We’ve manufactured thousands of valves, ranging from 100 mm to 2.5 m in diameter and pressures of up to 7 000 kPa for the water industry.

“In power generation, our valves are in nearly every power station. Here the main determining factor is not high pressures but long life without maintenance, which is where the metal seating valve comes into its own. The valve is most often located under the condenser in a generation plant and the power station doesn’t want to have to shut the plant down to gain access to the valve to replace it or have it repaired,” Wilson explained.

The largest metal-seated valve the company produces is 4 m in diameter. Pressure capacities go as high as 250 bar and temperature capacities up to 950 °C, whereas the limits of a conventional nonmetal- seated butterfly valve are around 25 bar and 150 °C.

The entirely South African company started as a small operation based in Ophirton, near Booysens, Johannesburg. Owing to rapid growth it soon had to move into larger premises in the same area and, as it continued to expand, it relocated to its present site in Robertville in 1996.

The company’s management and staff, totalling 46 people, are eagerly awaiting new business opportunities due to arise soon as a result of government initiatives aimed at giving preference to locally manufactured products over equivalent imports in designated industries, including the valves industry. “This is a timely development, as imports have increasingly become a threat in recent years and some companies in our industry, as in others, have gone out of business as a result,” highlights Schmikal.

“According to the new initiatives, government departments, parastatals and municipalities will be obliged to buy locally manufactured products even if these cost a little more than imports, provided such products are available and meet the quality requirements of the customer. Only if these requirements are not met are they free to purchase imported items.

“Part of the thinking behind this is that by encouraging more local manufacture, more employment will become available and skills training will be provided to local citizens, resulting in overall greater prosperity and sustainability of the country as a whole.

We, and other valve manufacturers, fully endorse these objectives,” says Schmikal, highlighting that two years ago the industry formed the Valve and Actuator Manufacturers Cluster of South Africa as a representative body for the industry to liaise with govern- ment and represent its interests in forums relating to its infrastructural plans for the future.