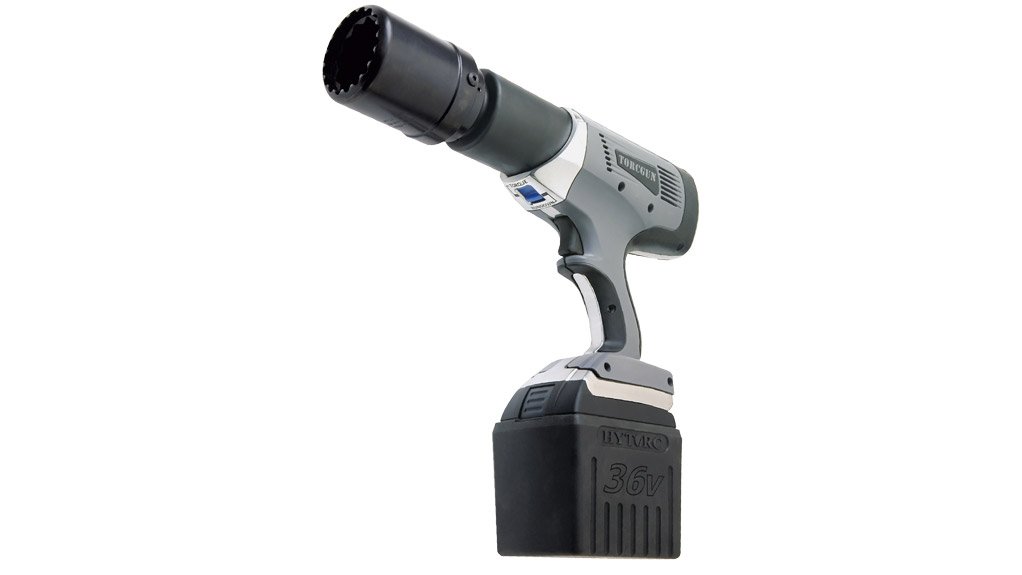 While there are battery-powered bolting solutions for wind turbine maintenance, the general consensus among wind energy industry stakeholders is that these solutions lack battery longevity and often succumb to overheating and bending, says bolting systems manufacturer Hytorc COO Jason Junkers.

With this in mind, Hytorc introduced its own Lithium Torque gun series, battery-powered bolting solution at the Power-Gen International exhibition last year.

The Lithium series tools are the first to use a 36 V lithium-ion battery pack, which increases battery life. Available in multiple sizes with a torque range of up to 4 067 nm, these tools are capable of handling torque checks and other maintenance tasks on most wind turbines.

Junkers adds that the compact and lightweight design is preferable to the heavier hydraulic pumps and that the custom hardware and software ensure maximum torque while allowing for regular torque and angle bolting methods.

He says that, when combined with the Hytorc washer, the Lithiums series is the “safest, fastest and most convenient industrial bolting system available today”.

“This addition to our current pro- duct line-up will continue to posi- tion the Hytorc brand as a powerhouse in the field,” says Hytorc presi-dent Eric Junkers.

“The battery gun was a highly anticipated product; it had been in development for several years but we refused to release it until it could provide [better] power and reliability. I’m proud to say that we have accomplished that.”