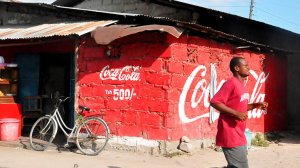 Global beverage company Coca-Cola’s Project Last Mile (PLM) has made significant progress in transforming the delivery of lifesaving medicines and increasing the demand for health services across Africa.

“In examining access to healthcare in Africa, PLM’s donor partners asked the key question, “If you can find a Coca-Cola product almost anywhere in Africa, why not lifesaving medicines? And Coca-Cola responded by freely sharing its business models over the last ten years through the unique global partnership, PLM,” Coca-Cola explains.

PLM leverages Coca-Cola’s private-sector solutions in supply chain and marketing to support health ministries across Africa with the work it is already doing to make lifesaving medicines and health services available wherever and whenever needed.

During 2018, PLM strengthened its established programmes in South Africa, Mozambique and Tanzania, while also focusing on developing stronger relationships with health ministries and kick-starting pilot projects in newer countries, including Liberia, Sierre Leone, eSwatini and Nigeria.

In South Africa, the project worked with USAid and the South African Department of Health to revolutionise access to chronic medication and antiretroviral treatment for more than two-million people through the development of patient-friendly, alternative pick-up points.

In Mozambique, where over 70% of the population lives in rural and remote areas, often cut off from essential public infrastructure and health services, programmes to optimise distribution routes for lifesaving medication were rolled out to seven more provinces. The organisation’s work in Mozambique was also featured in a short documentary “The Last Mile” celebrating the progress made in the fight against HIV/Aids since the release of the iconic movie Philadelphia 25 years ago.

Meanwhile in Tanzania, PLM deepened its partnership with the Medical Stores Department to improve the distribution of medicines to hard-to-reach communities through knowledge-sharing opportunities with the bottler in Dar es Salaam.

In another exciting development, PLM delivered its first medicines to Liberia as part of a pilot to redesign and improve medicine delivery systems after the 2014 to 2016 Ebola epidemics. In Nigeria, work continued with government to improve the maintenance and reliability of the cold chain for vaccines.

The organisation’s programme in Sierra Leone launched a project to work directly with the Ministry of Health and Sanitation and the National Medical Supplies Agency to design an effective and cost-efficient Last Mile Delivery model that will ensure full availability of essential medicines across all of Sierra Leone’s 1 269 peripheral health units.

Recognising the importance of health awareness and education, the first strategic marketing campaign was launched in eSwatini. GirlChamp was designed in partnership with Coca-Cola company advertising agency Foote, Cone & Belding to increase demand and the use of HIV services for adolescent girls and young women. In 2017, eSwatini had the highest HIV prevalence among adults globally, with 27.4% of those between 15 and 49 years infected.