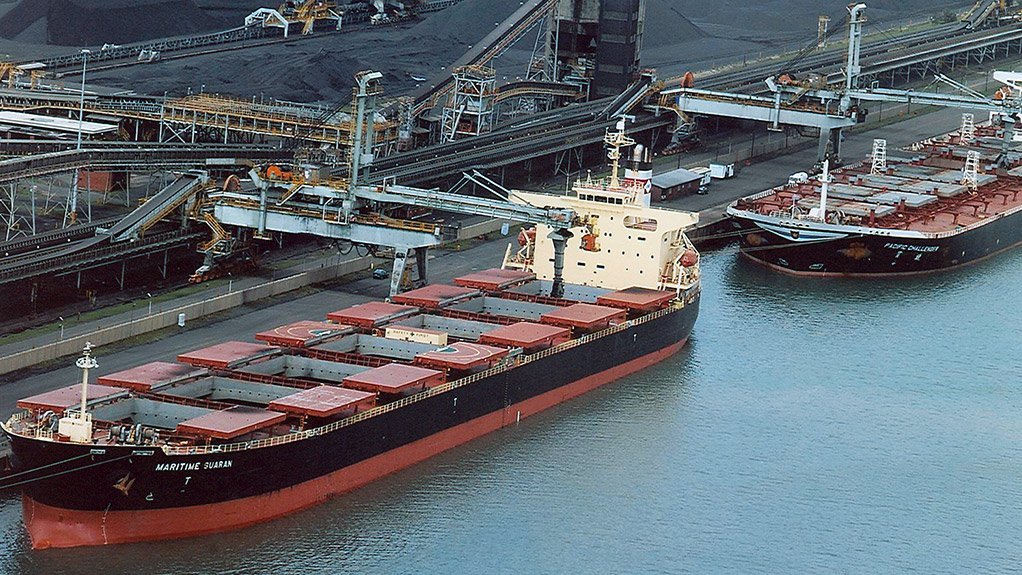 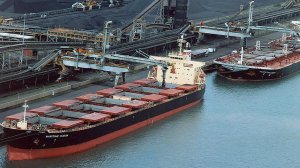 JOHANNESBURG (miningweekly.com ) – China is buying South African coal at a time when analysts are forecasting a buoyant average coal price of $100/t for the first half (H1) of 2021.

The purchase of South African coal by China follows Australia's relations with China deteriorating last year and imports of coal from Australia being restricted.

On Friday, Australia’s Sydney Morning Herald reported that more than 70 vessels carrying Australian coal have been unable to unload in China since October and quoted industry leaders as warning on Thursday that China appeared to be taking an even firmer position against Australian coal.

The publication stated that there was now a risk that the coal restrictions could extend for all of 2021.

“There does not appear to be an obvious solution to Australian-China relations, with both sides doubling down on their positions. However, on the off-chance that they do reconcile, the current arbitrage would see prices jump to over $100/t,” Liberum mining analysts Ben Davis and Max Kaye state in a 39-page in-depth company analysis dated January 14.

As reported by Mining Weekly on Thursday, about 600 000 t to 700 000 t of South African coal have already moved to China since the Asian giant ceased accepting coal from Australia and traders see more H1 South African coal sales to China, which bought $4-billion worth of Australian thermal coal in 2019.

“China is doing what it can to boost the local coal output, particularly in the higher-quality areas like Shanxi or lower-cost areas like Xinjiang,” the Liberum analysts report, but a coal trader Mining Weekly interviewed does not expect this to affect ongoing imports by China of non-Australian coal.

After hovering at a marginal cost of $60/t until November last year owing to import demand from power stations remaining weak in key markets, the Liberum analysts report that coal prices have recovered remarkably well and that import demand looks set to recover in the months ahead. Long-term price forecasts for coal are around $75/t, according to Consensus Economics.

“Whilst we saw supply drop off during the year, particularly in Colombia, which has suffered from strikes and very low prices, it was the cuts to Indonesian export volumes in the last quarter that helped prices pull back up.

“Indonesian export cuts helped to propel prices higher in the last quarter of 2020 and have yet to recover with prices. We do expect volumes to China to recover as the annual quotas are renewed, particularly with Australia still being side-lined. However, with local demand set to recover in 2021, the pressure on seaborne prices may not be that significant,” the analysts state.

“We can say with a fairly high degree of certainty that coal demand will decline in the long term as major consumers around the world commit to minimising CO2 emissions. This will particularly affect the seaborne market as key consumers seek to use their own resources (China, India). The number of operating power plants declined for the first time globally last year, although the trend was likely accelerated in part due to the Covid-19 outbreak.

“Coal plants are still in construction, but finance is becoming less available, particularly Japan and South Korea pulling out of overseas investments, leaving China as the lender of last resort.

“Unless there are huge advances in carbon capture technology that make it economically viable, demand will decline in the long term and seaborne supply will have to respond or prices will fall below marginal costs. We are unlikely to see any sustained price rises in this environment, but because the long-term demand outlook is so poor, there is no new seaborne mine supply being added to the market,” the analysts add.

Is it true that China refrained from buying South African coal in the past because of the suspected, but in actual fact minimal, presence of tiny potentially pollution-prone particles?

I would say, it depends on the point of view. These tiny particles, depending on their nature, can create havoc in humans, for instance, Hg (mercury), anything about 1microgr/gr is too much. It’s not about pollution, some heavy metals are very poisonous.

Yes, there is a difference, although both coals are similar, some components, like fixed carbon, are higher in South Africa than in Australia, volatiles also. Chinese (according to a major trader), are very concerned about the control of the specs (quality), therefore they don’t want any blended (mixed) coals, only single origin.

Has this realisation of minimum difference between South African and Australian coal led to China’s recent decision to purchase South African coal?

I think, at that point in time (when China purchased 3 SA Capes, last month, 350-360kt) they were looking for a quick replacement of the coal they couldn’t take from Australia. They bought Colombian, Russian and Indonesian. They would rather buy Colombian than South African, because of the cost.

In what volumes is the purchase of South African coal by China now taking place?

Is there anything to suggest at this stage that the purchase of South African coal by China will not be ongoing?

Right now, it depends on many things. Russia and Indonesia will sell first. If they don’t have enough coal, then Colombia, and if more is needed, then South Africa.

Actually not, Richards Bay Coal Terminal (RBCT) prices today are higher than any other hub. We only sell to India, for sponge iron, and Pakistan, when we can. Equivalent coal in Australia, Queensland, is $7.73/t cheaper than RBCT coal.

Could South Africa’s distance from China be offset by exporting the coal in larger vessels?

No, distance is not a problem, never has been.

What was the volume of thermal coal that Australia sold to China in 2019 that generated revenue for Australia in that year of $4-billion?