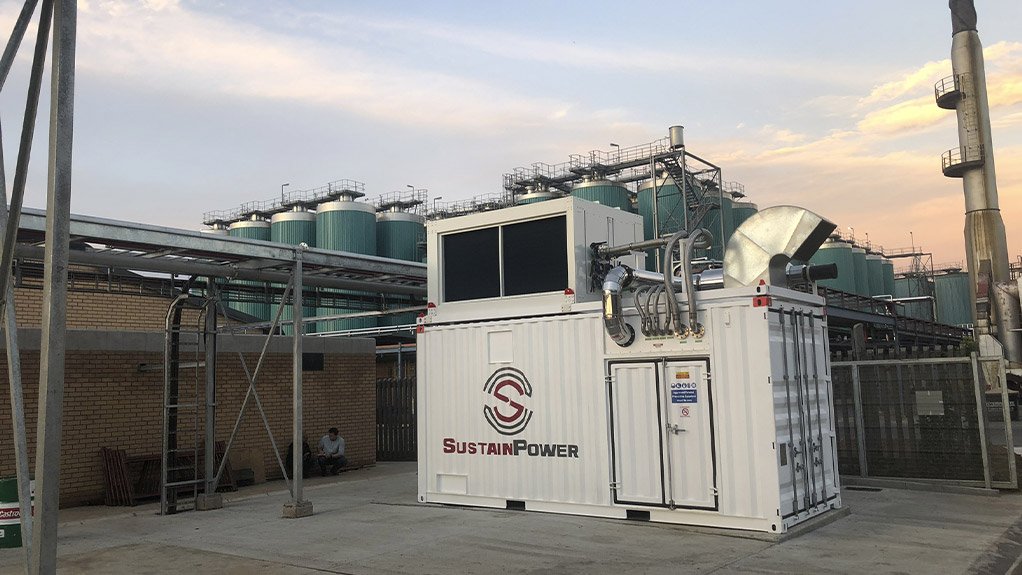 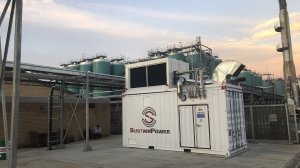 The partnership was announced at the Africa Utility Week and POWERGEN Africa conference and exhibition, which was held at the Cape Town International Convention Centre, in Cape Town, in May.

Subsequently, the first shipment of LPG and NG generators is due to reach the Port of Cape Town in the next six to eight weeks, with further orders having been placed since the announcement.

SustainPower COO Ames Martin says adding a small, quiet gas generator to its product line – ranging from 8 kVA to 500 kVA – is a simple process. “The residential and commercial generators use small, air-cooled engines made by backup power provider Generac, in the US, so maintenance is minimal, and much cleaner than a liquid-cooled diesel engine.”

An important difference between gas generators and other diesel counterparts is that, if a Pramac NG generator is installed as a replacement to an existing diesel generator, the NG generator can also be run during peak utility times to significantly reduce a company’s peak demand charges. With diesel generators, one cannot do that because the fuel is too expensive. “So with the natural gas option, not only are you covered during blackouts, but you are also covered during the most expensive times of the day to be on the utility grid. This means that a real pay-back can be calculated,” enthuses Martin.

However, the operation of this small, air-cooled generator is also cleaner – other than the occasional oil change, one does not need to deal with liquids on site and, therefore, there is no chance of fuel spills, Martin adds.

Further, in relation to acceptable noise levels, which need to be maintained in rural areas, the environment in which the generator is being installed needs to be considered.

Martin explains that, in general residential and small business backups, a 10 kVA diesel generator usually registers 72 dB to 73 dB(A) at 7 m, while the gas generator records a diminished noise level of about 67 dB(A) at 7 m.

He says the containerised solutions of SustainPower are fully transportable, with an easy infrastructure setup, which is valuable in remote applications, as the company can test the entire system in the SustainPower factory, in Cape Town, making site integration much simpler.

“Fixed gas solutions – or permanent installations – offer the same benefits in terms of performance; however, installing the infrastructure takes place on site, and the connections and tests will have to take place there,” illustrates Martin.

He says SustainPower is working on building several channel partnerships with gas component installers who have expressed interest in a gas solution for themselves and their clients.

Martin alleges that the most pertinent challenge that the gas-to-power industry faces is the high gas prices for relatively low NG consumption. These prices cause the energy to often be produced at a much higher price than what is available from State-owned power utility Eskom, even when current and pending electricity price increases are taken into account.

SustainPower is actively working on finding the projects that are conducive to gas but also ensuring that the industry is provided with the correct information to understand and embrace the use of gas as an alternative energy supply for their business.

Martin concludes by noting that, at some point, all countries must commit to the inevitable renewables push, with cleaner burning gas as the baseload to enable people to transition to the future.