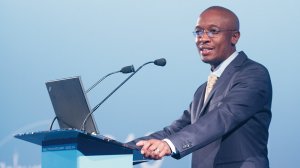 The City of Johannesburg has confirmed it has opened its Smart City Portal – a collection of resources, standards, best practices and in-house discussions to support the development of smart city implementation frameworks – to smaller municipalities that do not have the same level of access to expertise as the city does, says City Power data and process governance GM Rachel Seabela.

Small and rural municipalities are expected to buy and install equipment that will eventually be used to support smart systems, but they do not always have the requisite access and expertise to assess the compatibility of equipment with smart systems.

“We have noted interest from many municipalities and we have opened our portal to smaller and nontechnical municipalities to assist them in developing smart city implementation frameworks,” she says.

Thus far, the City of Johannesburg has been the primary test case in South Africa for systems that will enable smart city functionality; these systems integrate and automate many routine functions, such as communications, electricity supply and maintenance services.

The city and the SABS, through City Power, are participating in the IEC Systems Evaluation Group 1: Working Group 7 (SEG-1), which aims to summarise and evaluate the status of standardisation of electrotechnical infrastructure for use in smart systems, which is important to the city and other municipalities.

SEG-1 aims to use existing information and standards, where possible, as they often pertain to smart cities, and take a system-of-systems approach, which considers the holistic interaction of various technology platforms and standards.

This work is valuable to the city and South Africa because it uses international standards and evaluations of smart systems to provide a foundation for rolling out robust smart systems. The work also enables the city to determine a roadmap to roll out infrastructure that can eventually be used in smart systems.

The Working Group 7 has established a framework for smart cities implementation. A summary has been presented to the City of Johannesburg executive mayor Parks Tau on how it can be used to inform the city’s smart city initiatives, says Seabela.

The economic sustainability of smart city initiatives must then be ascertained, and a centralised coordinating office established to support the initiatives and enable citizen engagement, says Seabela.