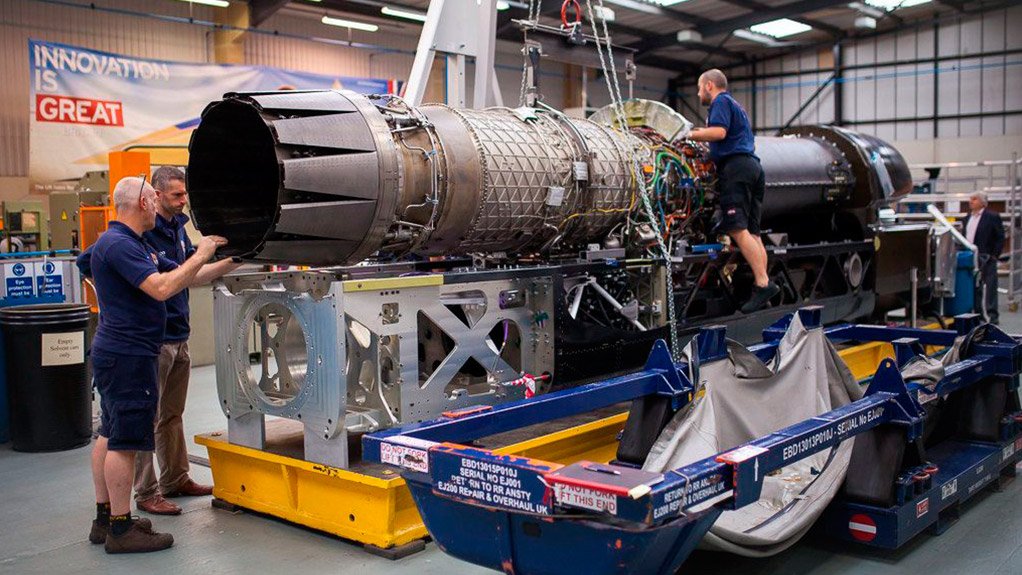 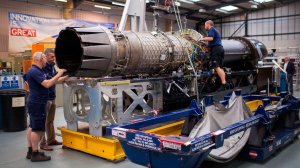 Global industrial and automotive lubricants brand Castrol will be on the forefront of innovation when the Bloodhound Supersonic Car (SSC) attempts to break the land speed record by reaching 1 609 km/h this year.

The British Pangbourne- based oil company, which announced its participation in the project in 2014, will supply all the lubricants for the car that will match speeds near to Mach 1.4. The Bloodhound SSC will be piloted by Royal Air Force Wing Commander Andy Green, who holds the current land speed record and will attempt to better his record on the 20-km-long flat surface of Hakskeenpan, in the Northern Cape.

“Should the Bloodhound reach 1 609 km/h, it will be the twenty-second time that the land speed record has been set with Castrol as a lubricants partner,” fuel and lubricants supplier BP Lubricants Africa marketing head Shren Moodley tells Engineering News.

He adds that the record attempts are part of Castrol’s heritage, as it has been involved in 22 of the 30 record attempts since Sir Malcom Campbell’s attempt in the Sunbeam in 1924 at Pendine Sands, in Wales.

Castrol will supply six unique lubricants to the Bloodhound SSC, which will emit a combined 210 kN, or 21 t of thrust, during its attempt.

“This is the ultimate test, as success with Bloodhound will take us to the next level,” Moodley states.

Although there are extreme levels of pressure beyond the norm during and while achieving Bloodhound’s top speed, the company knows that, despite there being in excess of 10 t of pressure on the valve train components, Castrol Edge will ensure there is sufficient protection under these regimes.

“The titanium additives can withstand extreme types of pressure and, as we have seen, Castrol Edge can retain its lubricity and load-carrying capabilities for the duration of the Bloodhound’s run,” Bowen highlights.

The hybrid rocket’s function on a combination of H2O2, which is pumped through a silver nickel catalyst to form a mixture of steam and oxygen. The steam and oxygen then ignite the solid rocket fuel to accelerate the car from 563 km/h to 1 600 km/h.

“As we know, friction is the enemy of speed, so to insure that the Bloodhound will achieve its desired speed, we have to ensure that we can protect the car from any damage by keeping tempe- ratures as low as possible,” Bowen points out.

As rubber will tear from the wheels at about 800 km/h, the Bloodhound has been fitted with solid aluminum wheels that stand 91 cm high and weigh 105 kg. These will revolve 10 200 times a minute when the Bloodhound reaches top speed.

To keep the wheel hubs from turning into liquid steel, Castrol’s synthetic lubricant, a polyalpha-olefin and sulphur antiwear technology, called Alphasyn T32, will be used.

“We have had to pay special attention to the wheels and brakes. Apart from the rocket engine, they take the most strain and record the highest temperatures,” Bowen states.

While Green will use airbrakes to reduce most of the speed, steel disc brakes will bring the Bloodhound to standstill from 257 km/h. Even at these relatively low speeds, the weight of the car will add the substantial force of 263 kW upon the brakes, heating them to temperatures higher than 850 °C. Castrol’s React SRF brake fluid will be used to circumvent any possible problems when stopping the 7 t SSC.

“React SRF has an exceptionally high dry boiling point which exceeds 300 °C, making Castrol React SRF ideal for use under arduous braking conditions, such as rallying or racing, and will be perfect to safely get the Bloodhound to stop,” Bowen notes.

Moodley is confident that, should Green achieve the monumental feat of breaking a land speed record with Castrol products in the Bloodhound’s system, it will be a prestigious testament to the company’s lubricants: “It’s proof that we can deliver on the highest level.”