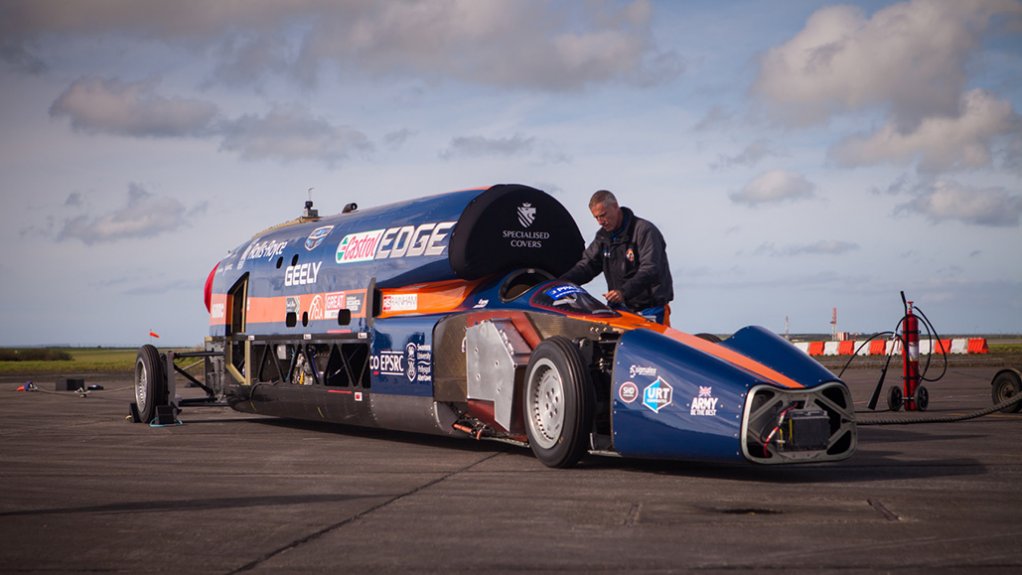 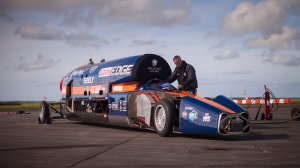 In 2019, the Bloodhound team deployed to South Africa to conduct high speed testing, with the car hitting a peak speed of 1 011 km/h, thereby proving that Bloodhound has real record-breaking capability, says the team.

The Bloodhound team now needs to install the Nammo monopropellant rocket, giving the car a top speed of more than 1 287 km/h.

Following this, the car may then again run on its specially prepared 19.2-km-long dry lake bed race track at Hakskeen Pan, in the Northern Cape, in an attempt to break the land-speed record.

Completing the Bloodhound’s rocket installation and taking the car to South Africa to exceed 1 287 km/h will cost £8-million, based on the costs of the test programme to date.

Current Bloodhound owner and CE Ian Warhurst bought the car at the end of 2018.

He says he has achieved his original objectives of rescuing Bloodhound from the scrap heap and ensuring the team deployed to South Africa in 2019 to complete the high-speed test programme.

However, the current economic climate brought on by the global Covid-19 pandemic has severely impacted the search for fundraising, as well as the project timeline.

As a result, Warhurst is inviting a new owner to take over Grafton LSR, the holding company which owns the Bloodhound LSR project.

“It has been a privilege to lead this team of world-class engineers over the past two years. I was spellbound – along with a huge audience around the world – as we tested the car up to 600-plus mph in South Africa.

“When I committed to take the car high-speed testing in 2019, I allocated enough funding to achieve this goal on the basis that alternative funding would then allow us to continue to the record attempts.

“Along with many other things, the global pandemic wrecked this opportunity in 2020, which has left the project unfunded and delayed by a further 12 months,” says Warhurst.

“At this stage, in absence of further, immediate funding, the only options remaining are to close down the programme or put the project up for sale to allow me to pass on the baton and allow the team to continue the project.”

The alternative would be to put the car into long-term storage, with no certainty of being able to restart the project.