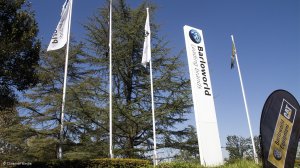 Barloworld has entered into an agreement with NMI Durban South Motors (NMI-DSM) to dispose of its Motor Retail business as a going concern for R947-million.

NMI-DSM is a joint venture of the Barloworld group, in which Barloworld holds a 50% interest alongside the Akoo family.

Post the proposed disposal, Barloworld’s entire motor retail interests will be housed within NMI-DSM, and Barloworld will retain its 50% interest in NMI-DSM.

Barloworld and the Akoo family are long-standing shareholders of NMI-DSM.

Barloworld says it has had several discussions with the Akoo family in the past on how to grow the NMI-DSM business by expanding its brands and dealer footprint.

Business ventures include the sale of new and used vehicles with supporting finance insurance products, and aftermarket services, including parts sales.

Complementing the dealer footprint is Barloworld Fleet Marketing and its range of corporate customers.

Digital Disposal Solutions and the used-vehicles operations of Avis Budget Rental and Fleet have been excluded from the transaction.

The Akoo family, which holds a 50% interest in NMI-DSM, have been agents of Mercedes-Benz since 1991 and partners of the Barloworld Group since 2003.

Barloworld says it believes that its stakeholders will best be served by consolidating its motor-retail and related services under a single ownership structure under NMI-DSM.

“Motor Retail is better served under a single entity that is dedicated to all motor-retail-related management, activities and dealerships.

“The Akoo family are excellent partners to Barloworld and have driven an entrepreneurial approach by being hands-on in NMI-DSM and supporting overall corporate governance.

“Through restructuring Motor Retail into the NMI-DSM joint venture, Barloworld believes it is able to create a larger motor retail business with a focus on growth through a diversified brand portfolio.”