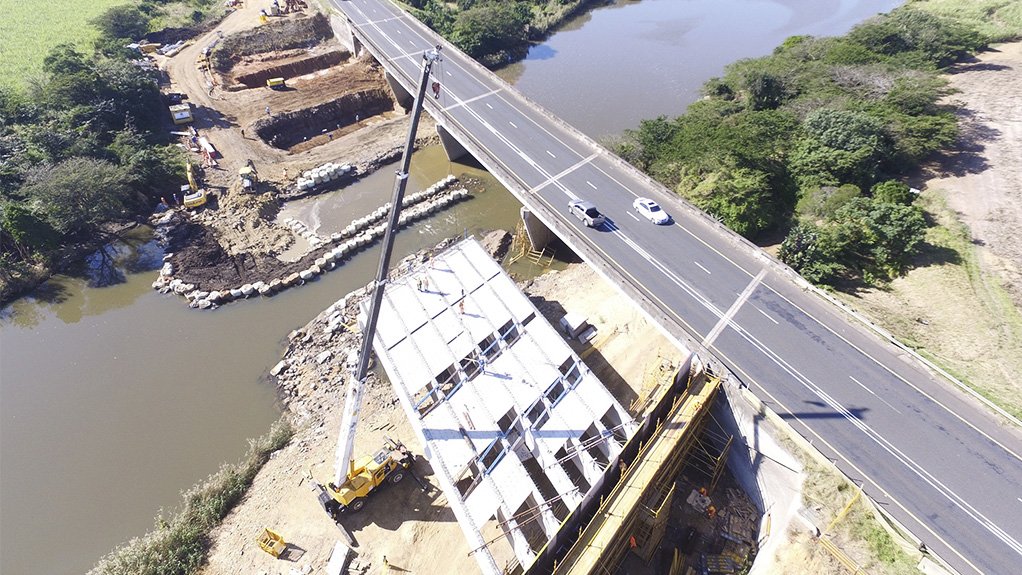 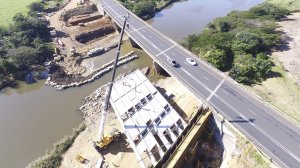 The Covid-19 pandemic has had a worrying impact on the outlook for infrastructure projects, with the expected “backed-up pipeline” a growing concern, says engineering and infrastructure consultancy company SMEC South Africa structures functional GM John Anderson.

“While there are obvious short-term negative effects of Covid-19 on the industry, the possible medium- to long-term consequences are of concern. Funds for future infrastructure may be curtailed, owing to funds being expended on fighting the pandemic and supporting ailing businesses,” he tells Engineering News.

Although much has been promised in terms of infrastructure spend under President Cyril Ramaphosa’s Economic Reconstruction and Recovery Plan, Anderson points out that it could take years for such major projects to undergo the many phases – including conceptualisation, award, design, tender and construction – leading up to completion.

“I do think that we’ll be seeing the effects of the pandemic in the years to come.”

Despite Covid-19 challenges, he adds that SMEC fared relatively well, primarily because of the long lead times involved in infrastructure projects, which has enabled the company to keep working on projects that were already well under way when the pandemic hit.

He notes that, over the past few months, there has been an uptick in the number of tenders put out by State-owned entities (SOEs) – such as the South African National Roads Agency, the Passenger Rail Association of South Africa and majority State-owned freight company Transnet – as well as by various municipalities such as the City of Cape Town.

In addition to large new project tenders, many smaller maintenance tenders have been put out as well.

“Although there has been a decrease in the number of new projects being awarded, there is definitely a positive approach towards creating more work in the infrastructure space,” says Engelbrecht.

SMEC South Africa is involved in several major transportation infrastructure projects, which were subjected to short-lived site closures during Alert Level 5 of the lockdown last year, but has otherwise continued unabated.

“The engineering and construction sector has slowed – there’s no doubt about it – but most of our clients have managed to keep the momentum going by working from home or by adapting their systems and processes to cope with the changes brought about by Covid-19,” Anderson says.

Anderson attributes SMEC’s continued success, in part, to the company’s efforts to “crest the digital transformation wave that is sweeping the engineering and construction sector” globally.

“We are highly conscious of the digital transformation and the way that we deliver our work,” he says, citing it as key to remaining competitive among consulting engineers.

In the transportation infrastructure sector, for example, Anderson says there is a concerted shift away from relying on two-dimensional (2D) drawings towards using large-scale and complex Federated Models (FMs) as a product of solid BIM workflows. A Federated Model is an assembly of distinct discipline models to create one complete model of the entire project.

FMs are useful for design coordination, clash avoidance and detection, approvals processes, design development and estimating, among other functions, but the individual models do not interact, retaining clear authorship and remaining separate.

“It’s a new science. It’s no longer just computer-aided design (CAD) production work. It’s about managing multiple workflows and delivering a single coherent product that has value for the client, the contractor and the designers,” Anderson explains.

He notes that, although such technology has been used in the building sector for well over a decade, it is still in its infancy in the infrastructure sector. SMEC uses Autodesk’s BIM 360 cloud solutions as a collaboration platform.

“We’ve been very conscious of this shift towards FMs. Because SMEC is a multinational consulting firm, we were fortunate enough to work on some projects in Australia where our team was involved in the digital delivery and in creating multi-disciplinary FMs,” he reveals, adding that this helps in getting ahead of the learning curve.

For example, the transition towards FMs means that CAD production staff need to move from working in 2D to working with three-dimensional models, whereas some digital production staff are transitioning to project management and workflow management roles, and engineering staff are learning to not only work with design models but also create models that can be used for the drawings at a later stage.

Anderson says some of the major South African transportation SOEs are considering implementing BIM workflows and the use of FMs as a formal part of delivery requirements.

Engelbrecht explains that one of the most important reasons for the shift towards FMs in the infrastructure space is that it makes for much more accurate cost and time predictions than before.

Moreover, clashes and conflicts get resolved before construction begins, thereby reducing requests for information and confusion.

“With such a collaborative process, you have a single source of information, since everyone is working on the current project files. Therefore, the data is more timely, and everything is always up to date,” Anderson concludes.