Audi unveils an electric rally car to compete in Dakar 2022

Audi unveils an electric rally car to compete in Dakar 2022 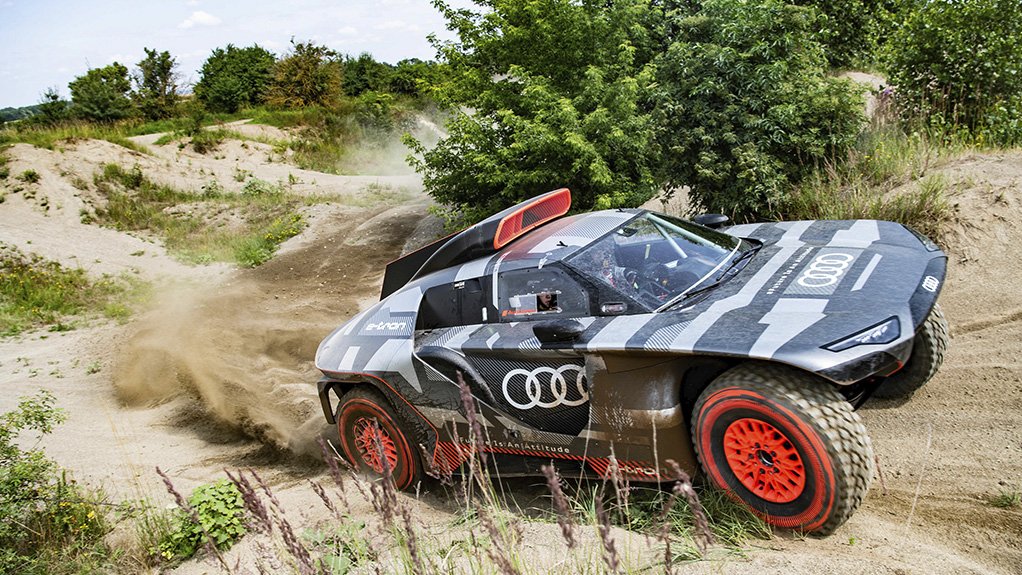 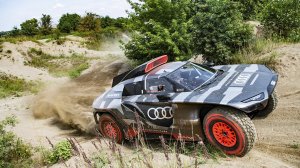 Audi Sport has started testing the new Audi RS Q e-tron, which it plans to enter in the 2022 Dakar Rally.

Audi says it wants to be the first car manufacturer to use an electrified drivetrain in combination with an efficient energy converter to compete for overall victory against conventionally-powered competitors in the world’s toughest rally.

“The quattro was a gamechanger for the World Rally Championship,” says Audi Sport MD Julius Seebach, who is also responsible for motorsport at the German premium car maker.

“Audi was the first brand to win the Le Mans 24 Hours with an electrified drivetrain.

“Now, we want to usher in a new era at the Dakar Rally, while testing and further developing our e-tron technology under extreme conditions.”

The characteristics of the Dakar Rally, however, present a number of challenges.

The marathon event lasts two weeks and the daily stages are up to 800 km long.

“What we are trying to do has never been done before. This is the ultimate challenge for an electric drivetrain.”

Because there are no charging opportunities in the desert, Audi has placed a TFSI engine onboard the RS Q e-tron.

This is part of an energy converter that charges the high-voltage battery while driving.

Since the combustion engine is operated in the efficient range of between 4 500 rpm and 6 000 rpm, the specific consumption is well below 200 grams per kWh, says Audi.

The drivetrain of the Audi RS Q e-tron is pure electric.

The front and rear axles are both fitted with a motor-generator unit (MGU) from the current Audi e-tron FE07 Formula E car which has been developed by Audi Sport for the 2021 season.

Only minor modifications had to be made to use the MGU in the Dakar Rally.

A third MGU, of identical design, is part of the energy converter and serves to recharge the high-voltage battery while driving.

In addition, energy is recuperated during braking.

The e-tron’s battery weighs about 370 kg and has a capacity of around 50 kWh.

“The battery is a proprietary development that we have realised together with a partner,” says Audi Sports motorsport projects head of development Stefan Dreyer.

“As engineers, we basically see development potential in every component. But, in terms of the drivetrain system, we have already achieved a system efficiency of over 97% in Formula E.

“There’s not much more room for improvement.

“The situation is quite different with the battery and energy management. This is where the greatest development potential lies in electromobility in general,” notes Dreyer.

“What we learn from the extremely challenging Dakar project will flow into future production models. As always, we are also working closely with our colleagues from road-car development on this project.”

The maximum system power of the e-drivetrain is 500 kW.

How much of this may be used during the Dakar Rally is still being finalised by the organisers.

The electric motors can be controlled precisely and can, thus, ensure good drivability.

In addition, braking energy can be recovered.

The Audi RS Q e-tron only needs one forward gear.

The front and rear axles are not mechanically connected, as is also common in electric vehicles.

The software developed by Audi takes over the torque distribution between the axles and thus creates a virtual and freely configurable centre differential, which has the positive side-effect of being able to save the weight and space that would have been required by propshafts and a mechanical differential.

The Dakar Rally entry is being run in conjunction with Q Motorsport.

“Audi has always chosen new and bold paths in racing, but I think this is one of the most complex cars I have ever seen,” says team principal Sven Quandt.

“The electric drivetrain means that a lot of different systems have to communicate with each other. Besides reliability, which is paramount in the Dakar Rally, that’s our biggest challenge in the coming months.”

“Back then, the engineers didn’t really know what was coming. It’s similar with us. If we finish the first Dakar event, that’s already a success.”

The prototype of the Audi RS Q e-tron had its first roll-out in Neuburg at the beginning of July.

The rest of the year will see an intensive test programme and the first test entries at cross-country rallies.