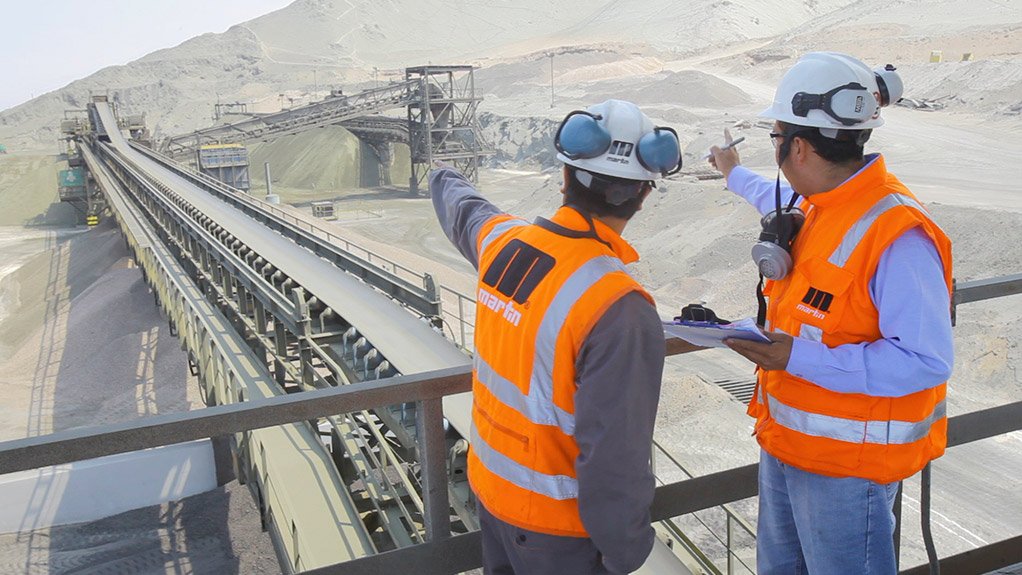 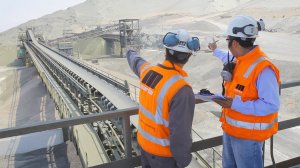 While safety around conveyors has always been stressed by suppliers and users alike, they note that, following an incident in June at a coal mine, in Mpumalanga – during which a worker died because of an accident involving a conveyor belt – this is an aspect of production that is in urgent need of attention.

“Despite companies’ producing comprehensive codes of practice and safety manuals, the wisdom contained therein is not always transferred to the operators or workers who . . . actually . . . interface with the equipment,” says Nel.

With the entire belt under tension during operation and when the conveyor is stationary, conveyors pose a risk to personnel, he adds. This is too often ignored when maintenance crews replace lagging, clamp the belt to splice or replace idlers. Nel notes that, during the incident at the coal mine, the conveyor was stopped and locked out in accordance with standard practice, but the worker then got on top of the belt to do some work, while his coworker raised the take-up mass. The belt, being an elastic member and in tension, contracted, resulting in the worker on top of the belt getting caught between the belt and a bend pulley.

“Even if the conveyor is locked out, the belt is still a tension member, best described as an elastic band on steroids.”

Nel notes that another often-accepted, but problematic, practice is the clamping of belts to a structure, or pulling belts using clamps.

Belt clamps are typically designed to hold a belt in position while being spliced or while other work is done to it. However, should a belt be clamped on a structure in two places, for example, and then cut in between the clamps, all the belt tension is transferred into the clamps. The efficiency of the clamp relies on the surface area of the clamp and the pressure applied by the clamp, both of which are limited. If the belt is clamped on an incline and is heavy enough, there is a possibility that the belt will simply slide out of the clamp and land at the bottom of the incline.

Of equal importance to remember is that incline gantry structures are typically not designed for belt tension, as the structure is exposed to forces that it was not designed to withstand, which, in extreme cases, can result in buckling the structure or pulling it over.

Nel adds that using a belt clamp to pull belting poses a risk – if pulled by hand, the clamp could slip and injure the operator or damage equipment; if a winch is used to pull the clamp, forces are once again exerted onto a structure that it was not designed to withstand.

“With so many potential risks, it is imperative that a comprehensive risk assessment be performed prior to working on conveyors. All learning points are clearly reflected in the company’s code of practice and operators are adequately educated on these points,” says Nel.

While Dunlop does not offer such risk assessments, it can assist customers in identifying potential risks and conceptualising operating safety codes of practice. “Ultimately, however, the responsibility for ensuring employee safety lies with the operating company and this needs to be taken on earnestly,” Nel adds.

Design Diligence In addition to being adequately trained in terms of safety, Pitcher highlights, it is imperative that conveyor users have a thorough understanding of rubber properties and wear dynamics to ensure that equipment functions optimally.

He says abrasive, mechanical impact, cohesive, interfacial, erosive, fatigue and frictional wear can all cause conveyor belts to wear. “Understanding which mechanisms play a role in any particular application is, thus, critical in designing a conveyor system that will attain the desired wear life.”

Pitcher notes that, while the Deutsches Institut für Normung abrasion testing standard provides a means of accurately comparing the wear resistance of different rubber qualities under abrasive conditions, a challenge in bulk materials handling applications is determining the relevant types of wear, as the conveyor belt, chutes, idler rollers and cleaning equipment are generally exposed to different types of wear.

Pitcher adds that the type of rubber cover, the thickness of the cover and the design of the load point all influence the wear rate. Designing a conveyor, thus, requires determining the angle that would be beneficial to material throughput and belt cover wear life, with the belt cover type and thickness chosen to withstand the impact of the lumps of material. “The importance of each type of wear factor then needs to be determined for the range of material that will strike the belt, and that’s where the real challenge lies.”

Dunlop aims to help its customers understand these factors and achieve optimal design for their operation. The company manufactures a complete range of rubber products and conveyor belting at its facilities in Benoni, in Gauteng, and Howick, in KwaZulu-Natal.