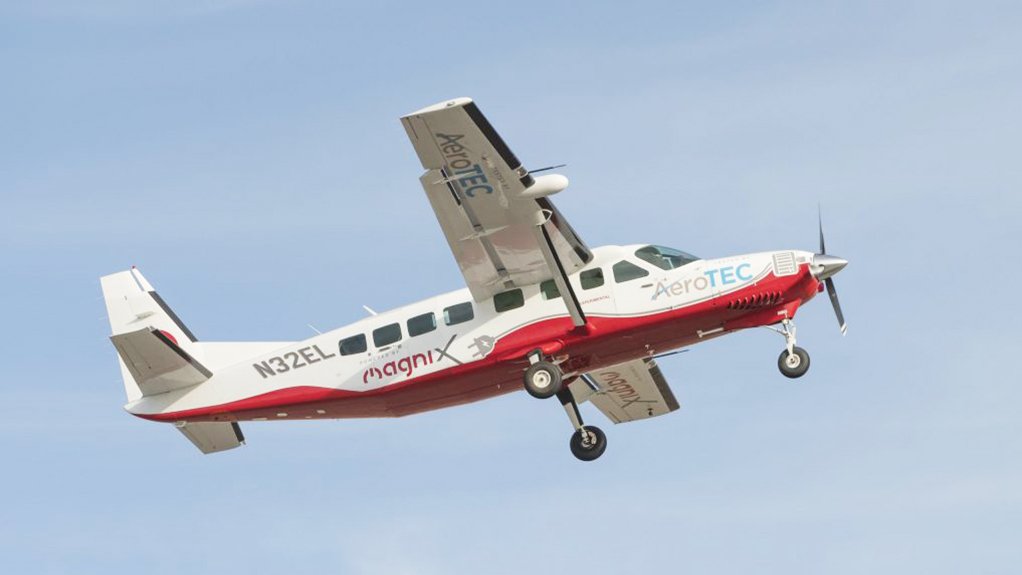 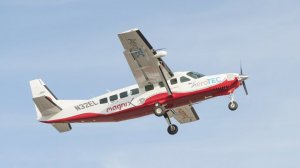 Two US companies, based in Seattle in Washington state, have successfully flown a Cessna 208B Grand Caravan utility aircraft which they had modified, replacing its standard single turboprop engine an electric motor. The companies are electric aeroengine development company magniX and independent aerospace engineering, testing and certification company AeroTEC. The first flight of the all-electric powered Caravan, or eCaravan, took place at AeroTEC’s Flight Test Centre at Grant County International Airport in Moses Lake, Washington, on May 28.

The standard Grand Caravan can, in passenger configuration, carry up to 14 people (two pilots and 12 passengers) and has a 647 kW Pratt & Whitney Canada PT6A-140 turboprop as its standard power plant. It has a maximum range of 912 nautical miles (1 689 km).

The eCaravan is powered by a 560 kW magni500 power unit, which turns at 1 900 RPM and directly drives the propellor without the need for a reduction gearbox. The magni500 can, however, reach 2 600 RPM if required. It weighs 135 kg and has an efficiency of more than 93%. (MagniX can also offer the 280 kW magni250 electric aeroengine.) The two companies, in their joint press release, described the eCaravan as the biggest all-electric commercial aircraft in the world.

“The iconic Caravan has been a workhorse of industry moving people and transporting goods on short routes for decades,” observed magniX CEO Roei Ganzarski. “This first flight of the eCaravan is yet another step on the road to operating these middle-mile aircraft at a fraction of the cost, with zero emissions, from and to smaller airports. These electric commercial aircraft will enable the offering of flying services of people and packages in a way previously not possible.”

“I’m proud of the pioneering work performed by our engineers, technicians and flight test team,” highlighted AeroTEC president and CEO Lee Human. “There’s no roadmap for testing and certifying electric aircraft – this is a new frontier and AeroTEC is on the frontlines developing the processes and best practices that will pave the way for electric aviation.”

The first flight of the eCaravan also marked a further essential step in the process of certification and approval of the magni500 motor. Such certification will allow the conversion of other aircraft types to all-electric propulsion using magniX’s technology. MagniX was founded in 2009 and, as well as its Seattle facility, it also has an engineering centre in the Gold Coast, Queensland, Australia. AeroTEC was founded in 2003. In addition to its Flight Test Centre at Moses Lake, it has an engineering centre in Seattle.