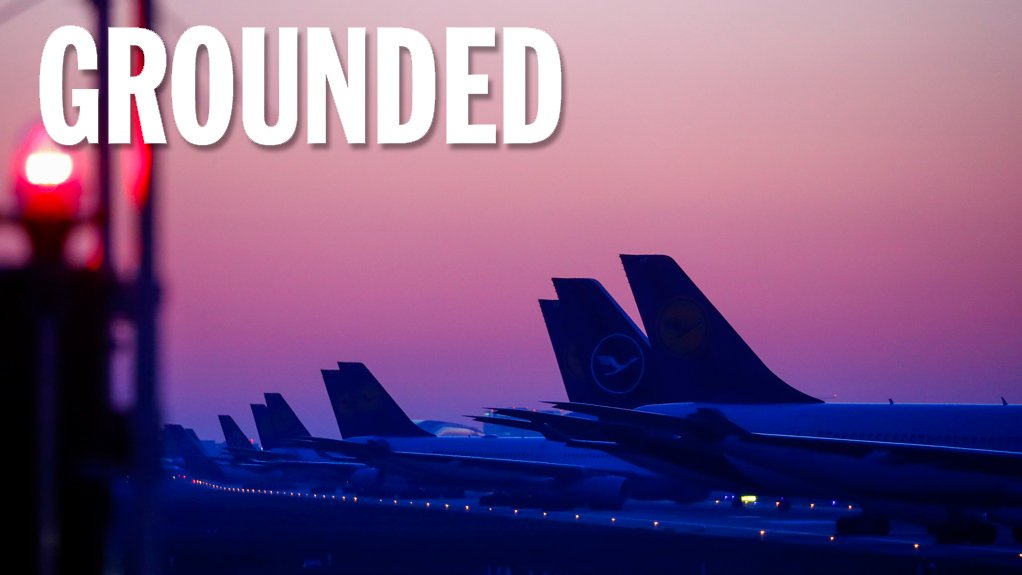 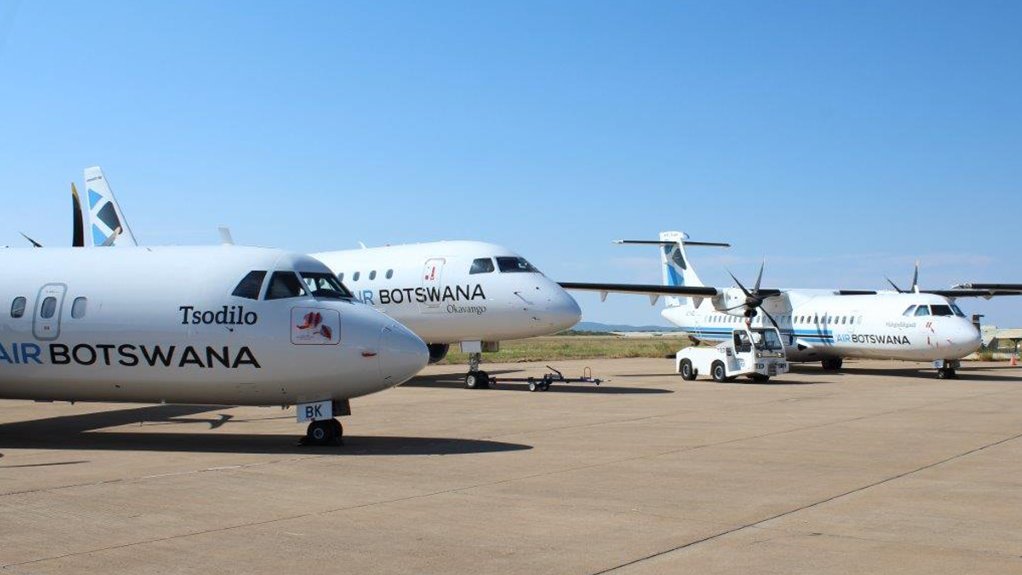 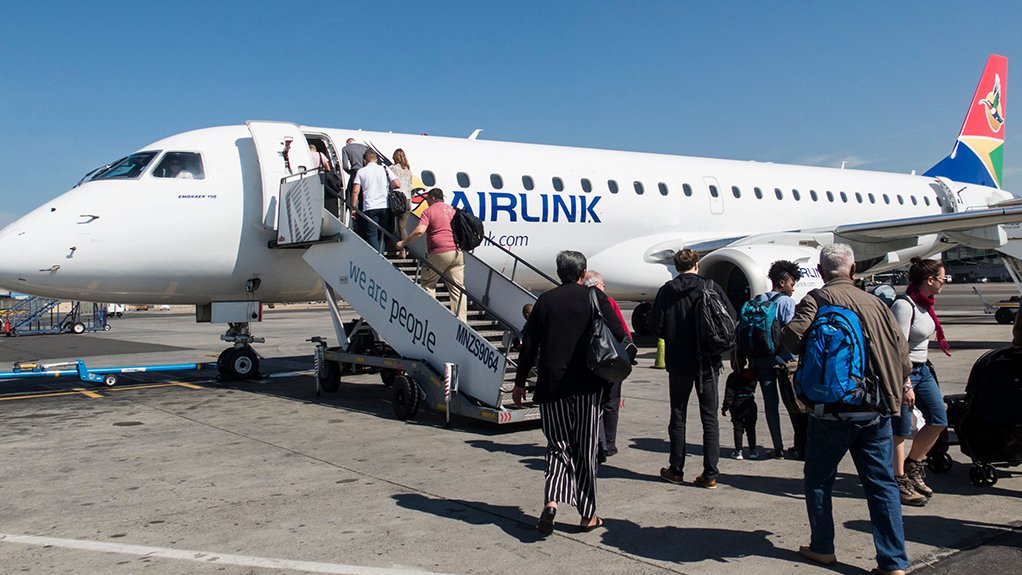 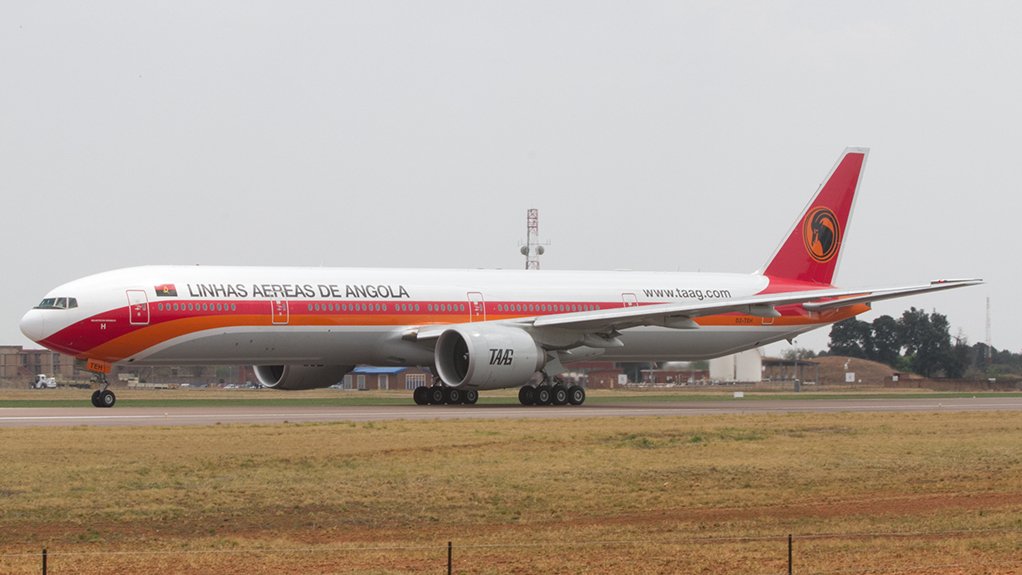 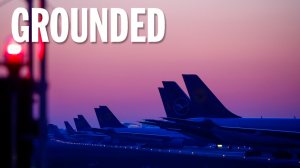 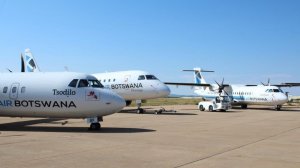 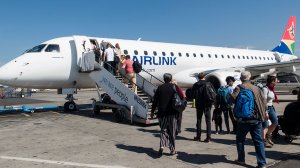 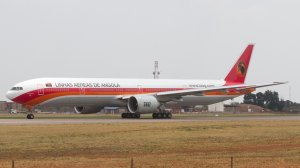 The impact of the Covid-19 pandemic and the measures taken by most governments to contain it, including national lockdowns, severe travel restrictions and even total flight bans, have had an incredibly severe impact of the commercial aviation industry worldwide. At the end of last month, the International Air Transport Association (Iata – the representative body for the world’s airlines) reported that global air passenger traffic, measured in revenue passenger kilometres (RPKs), had collapsed by 52.9%, compared with March 2019. Capacity fell by 36.2% and the load factor by 21.4 percentage points to 60.6%.

“March was a disastrous month for aviation,” highlighted Iata director-general and CEO Alexandre de Juniac. “Airlines progressively felt the growing impact of the Covid-19-related border closings and restrictions on mobility, including in domestic markets. Demand was at the same level it was in 2006 but we have the fleets and employees for double that. Worse, we know that the situation deteriorated even more in April and most signs point to a slow recovery.”

The region that saw the worst collapse in RPKs was unsurprisingly Asia-Pacific, where the fall was 59.9%. The second-worst was Europe, with a drop of 51.8%, then North America, with 49.8%, the Middle East with a decline of 46%, Africa, with 44.6% and lastly Latin America, with a drop of 39.3%. “The industry is in free fall and we have not hit bottom,” he warned.

Air cargo (defined by Iata as freight plus mail) has also been badly hit, with demand also falling sharply in March, year-on-year. But air cargo capacity fell even more. “At present, we don’t have enough capacity to meet the remaining demand for air cargo,” he stressed. “Volumes fell by over 15% in March, compared with the previous year. But capacity plummeted by almost 23%. The gap must be addressed quickly because vital supplies must get to where they are needed most. For example, there is a doubling of demand for pharmaceutical shipments that are critical to this crisis.

“With most of the passenger fleet sitting idle, airlines are doing their best to meet demand by adding freighter services, including adapting passenger aircraft to all-cargo activity,” he reported. “But mounting these special operations continues to face bureaucratic hurdles. Governments must cut the red tape needed to approve special flights and ensure safe and efficient facilitation of crew.”

Regarding the future, Iata now forecasts that global RPKs next year will be 32% to 41% lower than expected before the pandemic. By 2025 they will be 10%, or perhaps a bit more, down on pre-pandemic predictions. RPKs will likely regain 2019 levels only in 2023. Domestic air travel will recover sooner than international air travel, with short-haul flights initially being preferred by passengers. Air travel could recover more slowly than the wider economy. But the long-term drivers for growing air travel will remain – large- population emerging markets will probably still desire more air services.

“Air transport is critical for the economic development and integration of the African continent,” highlighted African Airlines Association secretary-general Abdérahmane Berthé. “An end of operations by African airlines would trigger a host of serious financial consequences, while replacing the air service provided by the airlines would be a challenging and costly process. Urgent, immediate and consistent measures need to be taken for the survival and rebound of the industry.”

Aviation is particularly critical for Africa’s large tourism industry, which is heavily dependent on foreign visitors. The continent’s travel and tourism sector employs about 24.6-million people. It contributes $169-billion to the continent’s economy, amounting to 7.1% of Africa’s gross domestic product. It has been calculated that the disruption of international air travel has already caused the loss of nearly eight-million jobs across the continent. “Travel and tourism is the backbone of many economies across Africa and its collapse will lead to hundreds of millions of livelihoods being impacted and enormous financial pressure for years to come,” warned World Travel and Tourism Council president and CEO Gloria Guevara.

Southern Africa is not exempt. “To be honest, the halting of scheduled airline flights has been devastating,” Airlines Association of Southern Africa (AASA) CEO Chris Zweigentahl tells Engineering News & Mining Weekly. “Apart from ad hoc flights, revenues have gone down to zero. Those flights that are allowed generate revenues that are insufficient to cover our member airlines’ fixed costs. It has created a liquidity crisis, with finances very constrained.”

“Air cargo is definitely now moving,” he adds. “However, it’s on special authority. It restarted first in South Africa, originally just for medical and essential service supplies, but that proved impractical and inefficient, so South Africa authorised the air transport of any and all cargo. But these flights remain ad hoc, non-scheduled operations. The other Southern African countries have followed suit.”

Already, South African operators SAA and Comair are under business rescue. Air Mauritius has gone into voluntary administration (the Mauritian equivalent of business rescue). Back in South Africa, SAX is under provisional liquidation. Objections to this step can still be lodged with the court, which will decide on June 9 whether or not to finally liquidate the airline.

“The longer that our member airlines can’t get back into the air, the more likely it is that more will go under,” he warns. “In South Africa, we’re trying to get the resumption of airline operations reassigned to Level 3 of the lockdown and not, as is the situation at present, Level 1.” (South Africa has five levels of national lockdown, with Level 5 being the strictest and Level 1 being minimal.) “I’m hoping we can persuade governments to restart aviation sooner rather than later.”

Restarting would happen in phases, commencing with the restoration of scheduled domestic services in the various countries. The AASA believes that, once domestic flights are restarted, passenger demand will probably increase by about 10% a month. Should such operations restart in June, (which is what the AASA hopes and desires), the initial demand would reach 60% of the pre-Covid-19 demand by December 2020. So, it would be towards mid- to late-2021 that demand will again match the pre-Covid-19 figures projected for December 2019. As for international flights, he cautions that these will also have to restart almost from a zero base, and could take anything from two to four years to recover to pre-Covid-19 demand levels.

“I do believe that the airline sector in Southern Africa will change, even though most of the region’s airlines are State-owned,” he affirms. “The level of demand will be less and will take some time to recover. Business travel could be reduced due to the success and now routine nature of teleconferencing. Airlines could change their operating model, streamlining their operations, changing their offerings, adjusting their networks. I think things could be very different.”

“Regarding South Africa, the impact of the almost total disruption of air traffic could be the loss of 252 000 jobs in travel and tourism,” highlights Zweigenthal. “The loss to the gross domestic product could be R97-billion. These figures were calculated by Iata and are based on the assumption of no airline operations for three months.”

For South African airlines, the situation is absolutely unprecedented. “The travel ban and ultimately the total prohibition of all domestic and international flights has all but destroyed the airline industry in South Africa,” Airlink CEO Roger Foster asserts to Engineering News & Mining Weekly. (Airlink is a private-sector airline that, until recently, had a franchise agreement with State-owned SAA.) “As far as I am aware, this is the first time in history that the entire domestic airline industry has been grounded, and what’s worse is that it is for an indefinite period.”

He points out that, while some local airlines had been in difficulty before the Covid-19 pandemic – notably SAA and SAX – others had been in good shape, even though the placing of SAA into business rescue in December had caused “collateral damage” to the rest of the sector. But the country’s lockdown and air travel ban had “collapsed” the industry and could significantly slow economic recovery. Commercial aviation is essential to ensure the recovery of South Africa’s and Southern Africa’s economies.

“People need to commute to and from work, businesses need to deploy personnel between their offices and their remote sites, and all forms of tourism (including business, leisure and visiting friends and relatives) depend almost entirely on accessibility by air,” he points out. “The current situation of uncertainty as to when air travel will resume presents an extremely high risk of a total collapse of air transportation in South Africa, especially domestic and regional air transportation.”

Depending on how long the local ban on air travel is maintained, other South African airlines could be forced into business rescue or even liquidation. Yet, as Iata recently pointed out (with supporting evidence), the airline industry is able to mitigate the Covid-19 transmission risk, along its entire value chain, more than any other form of public transport (such as buses, taxis or trains).

“It is tough to predict what the new post-Covid-19 market will look like,” admits Foster. “Our local industry has been shut down entirely for a prolonged and indefinite period and many countries have closed their borders temporarily. I have never been a pessimist, but I am sceptical about a bounce-back. I prefer a more cautious approach to recovery expectation, and I sense that it will take quite a while before international air travel reaches its new norm. I believe that the market will be far less than the pre-Covid-19 pandemic levels and therefore far less capacity will be required. A gradual recovery implies that there will be fewer airlines offering less frequency and capacity than before, especially at the outset of the recovery period. I expect that all routes will be served but most likely with smaller-gauge aircraft than before.”

Regarding international flights, he also expects that there will be changes in this segment. The big long-haul airlines are likely to concentrate on the region’s stronger air travel hubs such as Johannesburg. Rather than serve smaller Southern African centres, such as Gaborone, Harare, Lusaka, Maputo and Windhoek, directly from their Middle Eastern home bases, they would take passengers to and from South Africa’s main airport, and let local airlines act as regional feeders into and out of this hub. This could present opportunities for South African and other regional airlines to develop close cooperation with the world’s top intercontinental airlines.