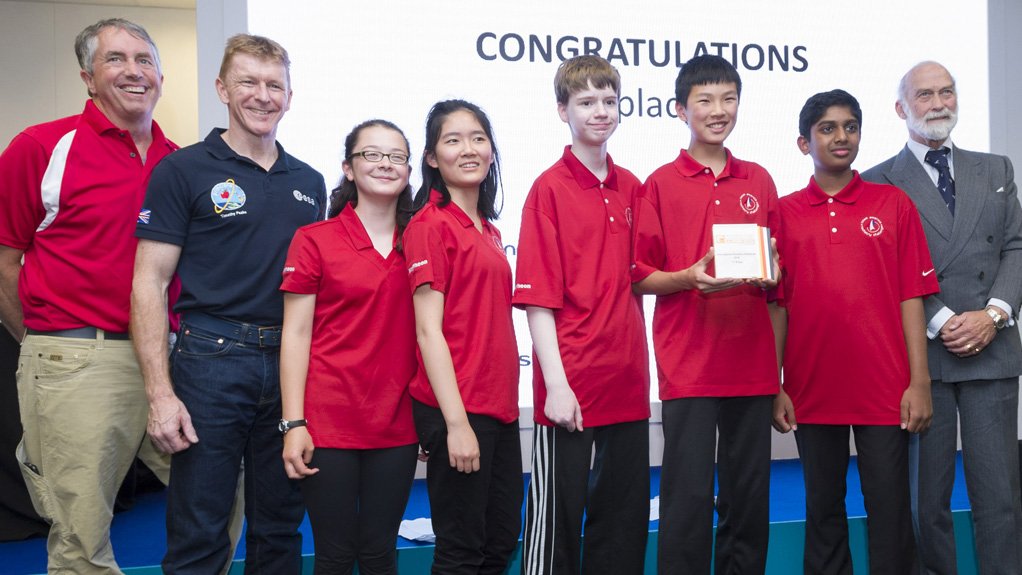 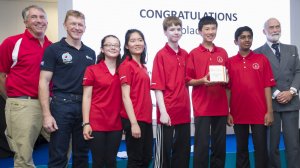 Five students from Odle Middle School, in Bellevue, Washington, took first place in the International Rocketry Challenge (IRC) at the 2016 Farnborough International Airshow in July. The US team, sponsored by American defence contractor the Raytheon Company, beat teams from the UK, France and Japan.

This is the second year in a row in which a team from the US claims the international title.

“The IRC brings together students from around the world and is a great example of the Aerospace Industries Association’s (AIA’s) global partnership to improve the interest of youth in aerospace and science, technology, engineering and mathematics (STEM) education. Congratulations to the winning team and all of the IRC participants. Your hard work and ingenuity proves the future of our industry is bright,” says AIA president and CEO David Melcher.

The teams designed, built and launched rockets with a goal of reaching an altitude of exactly 259 m within a 44- to 46-second flight window. The 2016 contest required rockets to carry two raw eggs, placed perpendicular to each other in the rocket’s body, a task that complicated rocket design. Scores were determined by how close the rockets approached the required height and time, and cracked eggs would disqualify the flight.

“Representing the entire country was really intimidating. Luckily, we had each other for support and everyone did their jobs perfectly!” says Odle Middle School ‘Space Potatoes’ rocketry team captain Mikaela Ikeda.

The students presented their rocket design to a panel of international judges at Raytheon’s Farnborough International Airshow headquarters. The contest, which is intended to build communication and presentation skills, made up 40% of their total competition score. The US took first place in this portion of the challenge.

Each contest brings together teams of middle and high school students to design, build and launch model rockets with the goal of inspiring young minds to become engaged in STEM.

For more than a decade, Raytheon has supported the winners of the Team America Rocketry Challenge as they compete at international airshows. The programme is part of the company’s broad-based MathMovesU initiative to encourage students to pursue careers in STEM.