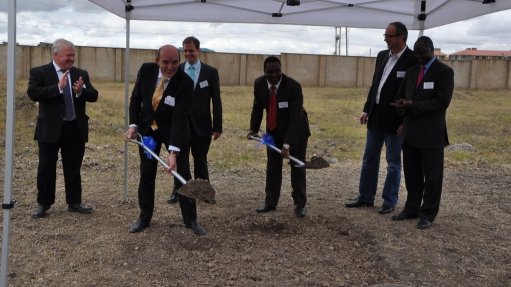 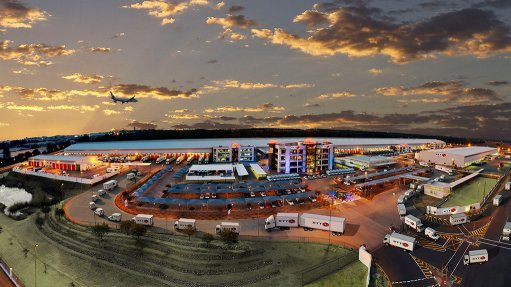 By: David Oliveira     25th October 2013 Greater efficiency outputs from lighting in warehousing applications are becoming more important, owing to the intense lighting demands of warehouses. Improved lighting systems offer warehouses and clients that use them the potential for significant savings on electricity, says Philips Lighting... →

By: Gia Costella     26th October 2012 Mobility solutions provider and integrator Zetes South Africa (SA), part of the global Zetes group, carried out a national series of supply chain showcase events in August, to highlight the group’s 3i Innovation and Competence Centres across Europe, as well as its solutions and technology... →

Technologist points out importance of understanding all phases of construction

26th October 2012 Employment solutions provider Kempston Employment Solutions has identified the encouragement of staff to achieve maximum productivity, in spite of unchallenging and repetitive tasks, and the changing of the negative reputation labour brokers have in the market, as two of the biggest challenges it... →

21st October 2011 Industrial curtain and door manufacturer and supplier Apex Strip Curtains & Doors has designed a smart reset door, which it says is in huge and growing demand in the industry, owing to features that streamline operations and boost safety. →

21st October 2011 Engineering solutions company Bearing Man Group (BMG) has extended its range of Webb conveyor systems to include automatic guided carts, which are suitable for moving products on an assembly line and for transporting goods around a plant, distribution centre or warehouse. →

By: Henry Lazenby     29th October 2010 Access control is fast developing into a source of intelligence for employers, thanks to the biometric analysis of fingerprints, technology and services company Ideco Biometric Security Solutions COO Marius Coetzee reports.  →

By: Henry Lazenby     29th October 2010 Supply chain specialist UTi reports that many companies have emerged from the recession in a much leaner state, often necessitating them to make use of an outsourced warehousing and logistics services provider. →

By: Henry Lazenby     29th October 2010 Independent black economically empowered Manitou machine dealer, Dezzo Equipment, reports that it has converted a Manitou CD25P forklift for use by disabled drivers. The conventional controls of the forklift, such as the pedals and other hand-operated equipment, have been replaced by a single... →

By: Megan van Wyngaardt     30th October 2009 Warehousing and storage marketing and management company Storage Genie has introduced an innovative container, that aims to improve on the traditional methods of storing goods. →

By: Megan van Wyngaardt     30th October 2009 Corrugated pallet manufacturer CX Pallets, located in Johannesburg, reports that there is ever increasing pressure on companies to reduce their carbon footprint and incorporate more environment-friendly products in the supply chain. →

By: Dennis Ndaba     16th January 2009 Logistics and supply-chain management company Imperial Logistics says that it is “doing well in Zimbabwe”, but is worried that has to rely on upfront payments because of high inflation of 231-million percent. →

By: Loni Prinsloo     31st October 2008 A division of the APC Group of companies, APC Storage Solutions, will introduce an automated drive-in storage system, the Satellite Pallet Mole Racking System, to the South African market in January 2009. →

By: Loni Prinsloo     31st October 2008 SA Self Storage Investments (SASSI) is in the process of rolling out a number of new self storage facilities throughout South Africa. →