Serco invests in renewable energy for its Durban factory

By: Marleny Arnoldi     8th November 2019 Truck body manufacturer Serco Industries has invested R5-million in a solar rooftop plant for its Durban factory. A total 1 029 solar panels have been installed on the roof of the truck and trailer building factory, allowing the premises to be off the grid during the day.  → 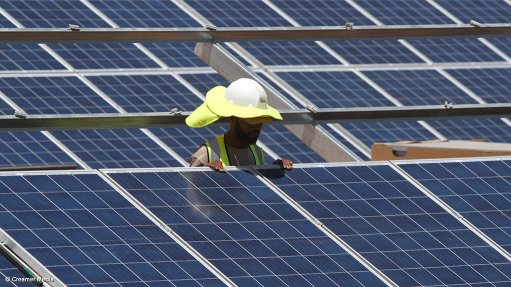 By: Marleny Arnoldi     8th November 2019 The South African Wind Energy Association says South Africa will need to produce about 640 wind turbines a year up to 2029 to meet the energy goals outlined in the Integrated Resource Plan (IRP) 2019. Fortunately, the capacity already exists in the country to produce 150 steel wind towers and... → 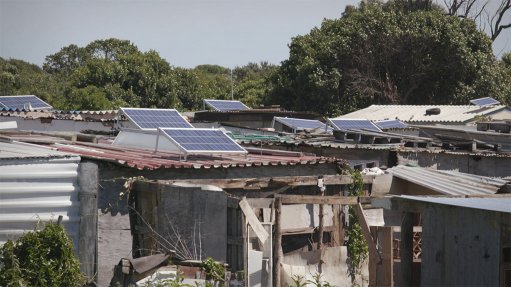 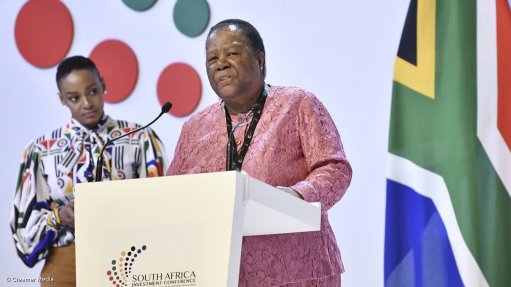 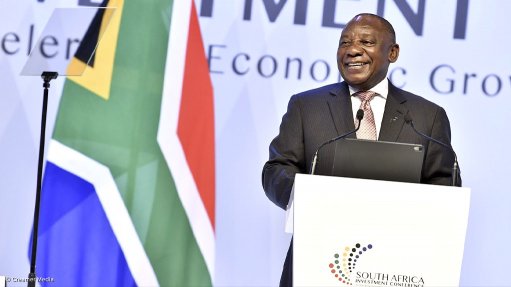 By: Simone Liedtke     5th November 2019 Natural gas distribution company Enel, through its renewable energy subsidiary Enel Green Power, has started construction on its Karusa and Soetwater wind farms, in the Northern Cape. The plants, each with an installed capacity of 140 MW, are expected to be completed by the end of 2021 at a cost... →

By: , Bloomberg     4th November 2019 The World Bank could provide as much as $5-billion to Democratic Republic of Congo over the next five years if its new government commits to raising more revenue, fighting corruption and opening up its economy. The financing would be a welcome boost for Congo’s new President, Felix Tshisekedi,... → 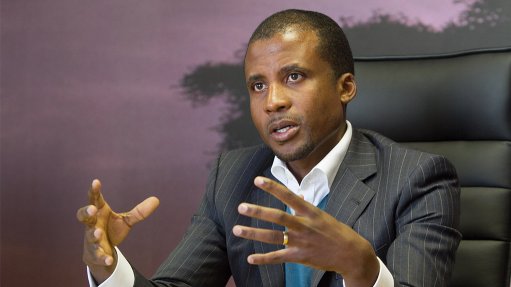 By: , Bloomberg     1st November 2019 The Democratic Republic of Congo remains committed to building a $14-billion dam on the Congo River, even as the project is bogged down in disagreements between its developers, according to the government agency overseeing the project. Congo envisages an 11 050 MW facility that can export 5 000... →

By: , Bloomberg     1st November 2019 The flow at the Africa’s biggest waterfall is at its lowest since 1995, highlighting the threat posed by a drought to tourism and electricity generation in Zimbabwe and Zambia. Flow has slumped to 109 m3/s at Victoria Falls, a 1.7 km curtain of falling water at the peak of a normal wet season,... → 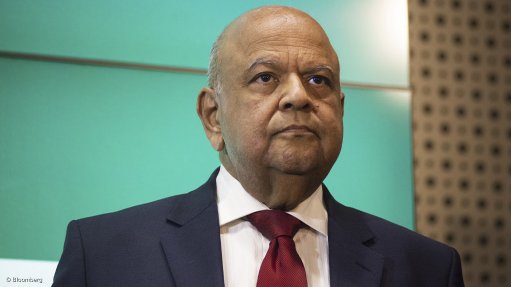 By: Simone Liedtke     28th October 2019 South Africa’s renewable energy sector has revealed that it is preparing a “just transition” roadmap that seeks to speed up and assist the mobilisation of wind and solar energy in regions where gold and coal mining are on the decline. By incorporating employment and industrialisation in the... →

By: , Bloomberg     28th October 2019 Serious disagreements between groups of Spanish and Chinese developers that want to build a 11 000 MW hydropower plant in the Democratic Republic of Congo (DRC) may scuttle plans for the $14-billion project, according to a report. The Inga III dam would be the biggest hydroelectric power station... →

By: Marleny Arnoldi     25th October 2019 The South African Institute of Electrical Engineers (SAIEE) will host its inaugural National Conference, in Johannesburg, from November 27 to 29. The conference will discuss how South Africa can “Engineer an Africa for the Future” by bringing together local and international thought leaders to... →

24th October 2019 Creamer Media’s Chanel de Bruyn speaks to Engineering News Editor Terence Creamer about the country’s general acceptance of the IRP 2019, the short-term gap in electricity supply that needs to be filled and what the next steps will be for implementing the plan.   → 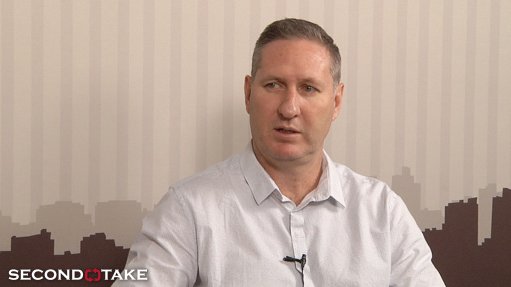 By: , Bloomberg     23rd October 2019 Ethiopian authorities are probing missing funds a military contractor already accused of graft was meant to spend on a showpiece dam on a Nile tributary that’s raised tensions with Egypt. Military-linked Metals & Engineering Corp, which was replaced as a contractor on the Grand Ethiopian... →

By: Creamer Media Reporter      23rd October 2019 Egypt-focused gold miner Centamin still expects to reach the lower end of its full-year production guidance, at 490 000 oz, despite having reported lower production for the third quarter. The LSE- and TSX-listed company's Sukari mine, in Egypt, produced 98 045 oz of gold in the quarter ended... →

By: Martin Zhuwakinyu     22nd October 2019 Germany-headquartered multinational Siemens foresees countries in the Middle East increasing renewables’ share of their hydrocarbons-heavy energy mix by five percentage points in the coming decade. In 2014, natural gas accounted for 61% of energy provision in the region, a figure that is forecast... →

By: Marleny Arnoldi     22nd October 2019 It makes economic and technical sense for electricity utilities such as Eskom to source as much new wind and solar photovoltaic (PV) energy as possible, says EE Publishers MD Chris Yelland. Speaking at a seminar hosted by EE Publishers and Nedbank, on Tuesday, he said the only limitations were... → 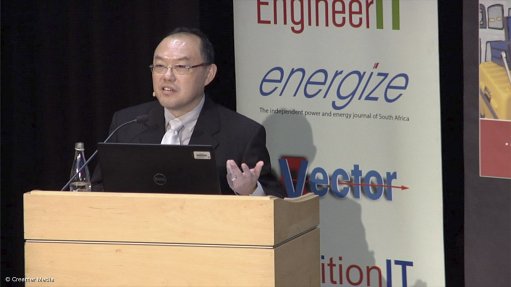 By: Martin Zhuwakinyu     22nd October 2019 Technology and engineering multinational Siemens has been contracted to conduct an industrial-scale green hydrogen pilot project in Dubai – the first in the Middle East – which it aims to be producing the gas by the October 20, 2020, start date of Expo 2020 Dubai, a six-month-long global showcase... →

By: , Bloomberg     22nd October 2019 Ethiopian Prime Minister Abiy Ahmed will meet President Abdel-Fattah El-Sisi of Egypt to discuss a 5 150 MW dam that has strained relations between the two nations over access to water. Egypt is concerned that the Grand Ethiopian Renaissance Dam being built 3 200 km upstream will restrict the... → 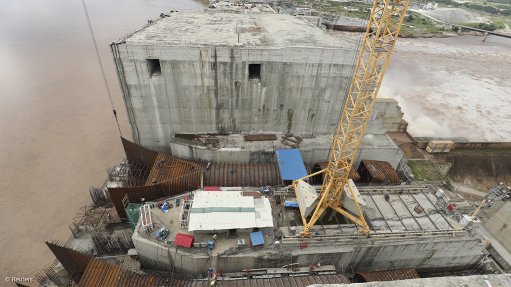 By: Terence Creamer     21st October 2019 The decision of government to increase the allocation for distributed generation in the Cabinet-approved Integrated Resource Plan (IRP2019) comes as the International Energy Agency (IEA) is forecasting a strong acceleration in the installation of distributed solar photovoltaic (PV) systems across... → 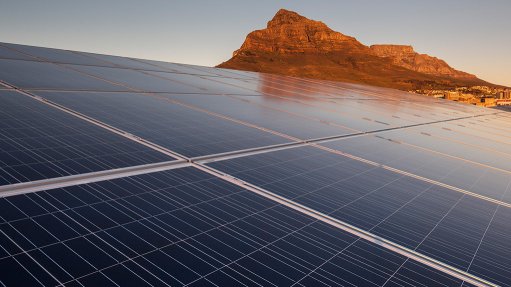