By: Schalk Burger     23rd November 2012 South Africa should embrace skilled immigrants and should be actively campaigning to attract talent from those economies that are currently struggling, Manufacturing Circle chairperson Stewart Jennings argues. →

By: Creamer Media Reporter      19th November 2012 The Department of Trade and Industry (DTI) reported on Monday that 187 projects, involving cumulative grant requests of R2.3-billion, had been received since applications opened in May for the newly created Manufacturing Competitiveness Enhancement Programme (MCEP). A total of 60 projects had... →

By: Megan van Wyngaardt     19th November 2012 JSE- and LSE-listed packaging and paper group Mondi has entered into consultations with employees and their representatives about the proposed closure of the 100 000 t recycled containerboard mill in Ceske Budejovice, Czech Republic. In a statement, the company said that the decision came as a... →

By: Terence Creamer     16th November 2012 South Africa’s ports authority reported on Friday that it had extended discounts of more than R500-million to South African exporters by the end of October and that the full R1-billion promised by President Jacob Zuma in his State of the Nation address would be delivered by the end of March... →

By: Chantelle Kotze     16th November 2012 The world's second-largest brewer SABMiller has invested $16-million over the last 18 months in the expansion of its 50-year-old African beer brand, Chibuku, into six other countries on the African continent. This investment has enabled the brand to be sold in more than double the number of... →

By: Terence Creamer     15th November 2012 The wave of unprotected mining strikes, which finally appear to be ending, were likely to remain a drag on South Africa’s already embattled manufacturing sector for at least the coming quarter and possibly beyond, the Manufacturing Circle warned on Thursday. In releasing its third-quarter... →

By: Schalk Burger     9th November 2012 Multinational technology conglomerate Siemens will focus on training and support for customers and partners, as well as excellence in customer service worldwide and in Africa, says Siemens Industry Middle East and Africa VP Raymond Padayachee. →

By: Terence Creamer     9th November 2012 The South African electricity transmission system will need to change materially over the next 30 years if the country is to have any realistic hope of moving ahead with its current plan to diversify its generation mix away from coal to the integration of more renewable energy, imported... →

By: Megan van Wyngaardt     8th November 2012 JSE-listed Sappi is increasingly turning its focus to investing in higher margin and higher growth businesses such as chemical cellulose, moving away from its traditional pulp and paper focus, CEO Ralph Boëttger said on Thursday. Reporting September quarterly net profit of $107-million, from a... →

By: Terence Creamer     5th November 2012 There was an overwhelmingly positive reaction from developers, investors, financiers and suppliers on Monday, November 5, to the eventual signing of the agreements needed to facilitate the entry of the first large-scale renewable-energy projects into South Africa, some of which should begin... →

By: Sapa     2nd November 2012 Municipalities make too much money from electricity sales, which could have dire consequences for industry, national electricity regulator Nersa warned on Friday. Nersa regulatory specialist Charles Geldard said National Treasury had been informed that the practice of cross subsidisation from... →

Mittal now expects SIOC arbitration only in second half of 2013

By: Idéle Esterhuizen     31st October 2012 JSE-listed Arcelor Mittal South Africa (Mittal) was anticipating the long-awaited arbitration hearing between itself and the Sishen Iron Ore Company (SIOC), regarding the status of an iron-ore supply agreement, to take place during the second half of 2013. However, CEO Nonkululeko Nyembezi-Heita... →

By: Terence Creamer     31st October 2012 The award of two tenders issued by Transnet for the procurement of 1 064 locomotives to be introduced into its general-freight-business fleet between 2014 and 2019 have been delayed to enable the freight logistics group and the National Treasury to work out the finer localisation details.... →

By: Megan van Wyngaardt     31st October 2012 Packaging and paper group Mondi on Wednesday reported underlying operating profit of €135-million for the third quarter ended September, in line with the 2011 third quarter profit of €136-million, but below the prior quarter’s €150-million. “This reflects a stable trading environment considering... →

By: Idéle Esterhuizen     31st October 2012 Instead of completing the R230-million dust-extraction system at its Vanderbijlpark plant to abate fugitive emissions that escaped from electric arc furnaces, steel producer ArcelorMittal South Africa (Mittal) had taken the decision to close its furnaces indefinitely, CEO Nonkululeko... →

By: Terence Creamer     25th October 2012 A total of 144 applications, collectively valued at R1.8-billion, had been received for the South African government’s Manufacturing Competitiveness Enhancement Programme, Finance Minister Pravin Gordhan announced on Thursday. The scheme, which was unveiled in 2011, formed part of a R25-billion... →

19th October 2012 Plastic packaging company Astrapak has appointed Robin Moore as its new group CEO, effective November 5. Prior to the appointment, Moore was the MD of packaging manufacturer Nampak’s flexible cluster, where he was involved in restructuring a number of its operations. →

By: Sashnee Moodley     19th October 2012 The South African machine tools industry is slowing down in certain areas, particularly in terms of supplying products and services to the steel industry, which has been significantly affected by the economic recession; therefore, many companies shift their focus from quality to pricing, says... →

By: Joanne Taylor     19th October 2012 Shipyard company DCD Marine has been awarded a contract by Saipem to upgrade and repair the Saipem-owned semi-submersible rig, Scarabeo 3. →

By: Sashnee Moodley     19th October 2012 Tool, die and mould-making (TDM) companies in South Africa will benefit directly from the Department of Trade and Industry’s (DTI’s) Manufacturing Competitiveness Enhancement Programme’s (MCEP’s) cost-sharing grants for activities undertaken within their operations, DTI chief director of the... →

By: Terence Creamer     12th October 2012 It is not in the interest of South Africa’s embattled manufacturing industry to allow the trade unions in the sector to lose their “control and authority”, Steel and Engineering Industries Federation of South Africa (Seifsa) Henk Duys said on Friday. Delivering the federation’s yearly... →

By: Megan van Wyngaardt     12th October 2012 State-owned entity Coega Development Corporation (CDC) has unveiled plans to build a tooling cluster in zone 2 of the Coega Industrial Development Zone (IDZ). The proposed cluster would provide a “pull factor” for tooling investors, aimed at providing jobs for trainees from the National Tooling... →

By: Keith Campbell     5th October 2012 Major European airliner group Airbus is happy with how South African private-sector aeronautics company Aerosud has responded to the challenges posed by the A350XWB airliner programme. The local company manufactures small, but key, parts of the aircraft, known as frame clips and track cans.  →

By: Megan van Wyngaardt     2nd October 2012 The Department of Trade and Industry (DTI) on Tuesday opened a 60-day period for comment on the revised broad-based black economic-empowerment (BBBEE) codes of good practice. Speaking at the launch of the revised BBBEE codes, Minister Rob Davies said BEE remained an imperative in South Africa.  → 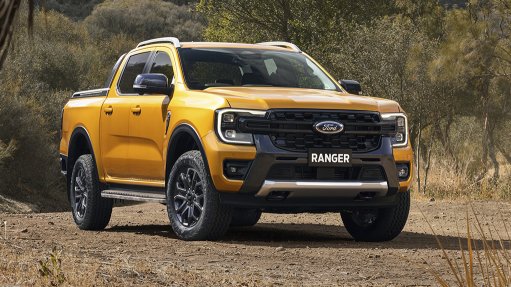 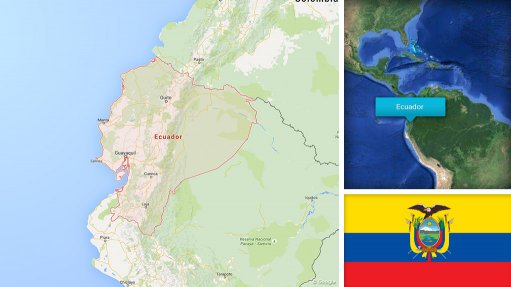