By: David Oliveira     24th July 2015 Motors, controls and electrical products supplier and solutions provider Zest WEG Group has thus far donated equipment and finances to the value of R3.7-million this year and, through its various learnership programmes currently give 18 individuals the opportunity to improve their technical... → 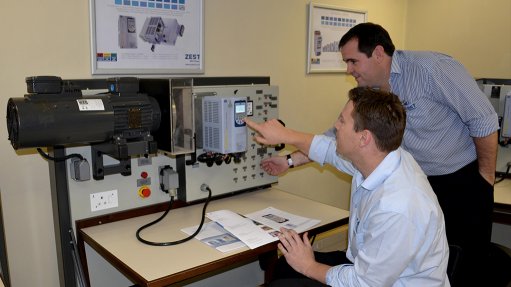 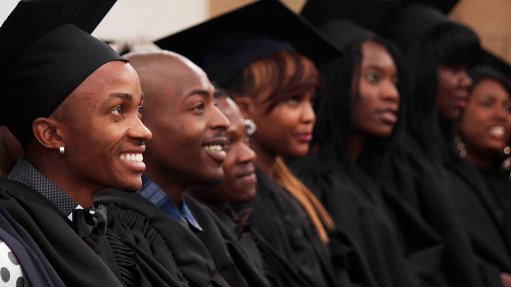 By: David Oliveira     24th July 2015 South Africa’s education system is facing a major dilemma, with one of the dominant problems being the industry’s focus on increasing the number of tertiary students, instead of improving the quality of education, says black-empowered training company the Artisan Training Institute (ATI) CEO Sean... → 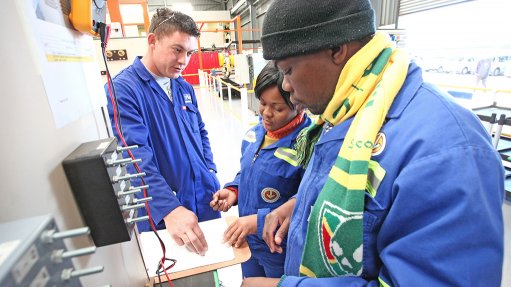 By: Bruce Montiea     25th July 2014 Educational solutions supplier Sangari South Africa reports that the Soldamatic simulator, which it uses to assist in the training of apprentices, has won top honours at this year’s Worlddidac Awards, held in Berne, Switzerland, last month, for the most innovative educational product of 2014. The... → 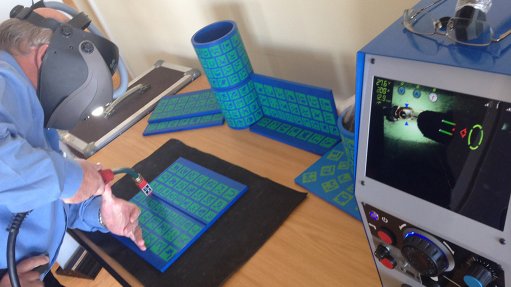 By: Bruce Montiea     25th July 2014 Schoolchildren need to be introduced to subjects such as mathematics and science at an early age to spark interest in eventual careers in industries such as engineering. This will play a role in increasing the number of engineers and scientists that South Africa has, says educational nonprofit... → 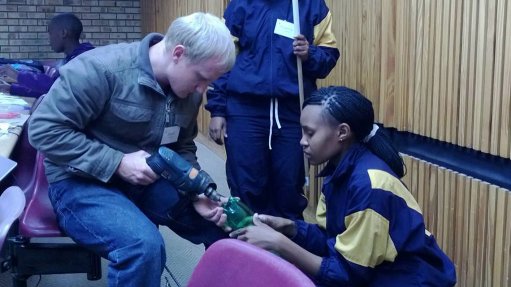 DRILLING It SciExplo trains engineers and scientists from an early age

25th July 2014 For theoretical training from tertiary institutions to be effective, it must be  accompanied by work experience opportunities, drive automation company SEW-Eurodrive reports. This is embodied in its engineering student design competition the PneuDrive Challenge, which it co-sponsors with... → 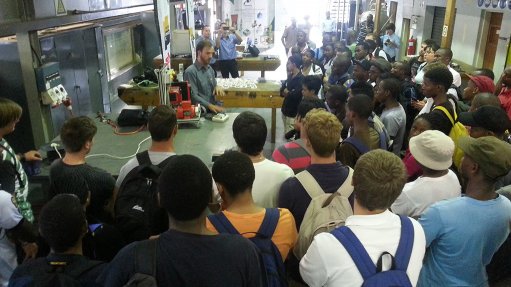 WIDE EYED The competition aims to engage students and keep them interested in engineering. 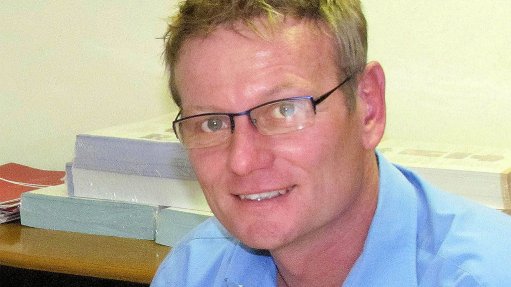 By: Bruce Montiea     25th July 2014 A 2013 survey of South African engineers, carried out by financial services company the Professional Provident Society of South Africa, showed that 43% of the engineers believe that the engineering qualifications currently on offer by tertiary institutions are inadequate. In addition, training... → 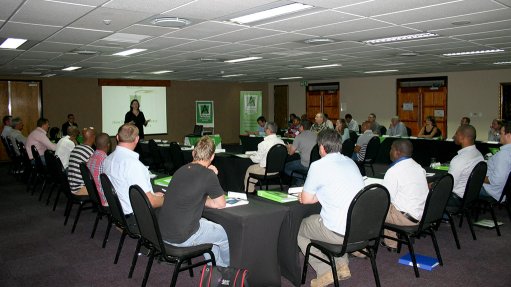 By: Anine Kilian     26th July 2013 Education creates active citizens who know their rights, and are empowered to use these rights to hold their government accountable and are able to fully participate in their economy, says newly established political party Agang SA leader Dr Mamphela Ramphele. However, she notes that education... →

Soft skills lacking in the workplace 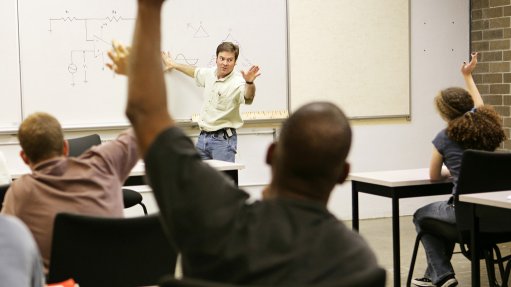 IT company invests in development of South Africa’s ICT skills

By: Anine Kilian     26th July 2013 Global IT services and consulting company T-Systems will launch the new phase of its training programme at its information and communication technology (ICT) Academy in January next year. “ICT skills are lacking in the country. There is a definite gap in the market, and we are working towards... →

By: Anine Kilian     26th July 2013 Several initiatives have been launched to further train or develop unskilled and unemployed individuals through the Fluor Training Centre (FTC), in Secunda, Mpumulanga. →

26th July 2013 From its base of operations at the southern tip of Africa, German car manufacturer, Mercedes-Benz South Africa (MBSA), has entrenched itself as a force to be reckoned with on the global stage, producing vehicles of exceptional quality, class-leading technological distinction and timeless style. →

26th July 2013 Nuclear technology for electricity production has received increased attention in South Africa, especially after the South African government published the Integrated Resource Plan (IRP) 2010. A slight growth in the nuclear power industry is expected, owing to the amplified focus on depleting... →

By: Anine Kilian     26th July 2013 The second instalment of a multimillion-rand project to bridge the knowledge gap between industry and academia with regard to information and communication technology (ICT) was launched as part of the ICT programme last month. The Nelson Mandela Metropolitan University (NMMU), the University of... →

By: Sashnee Moodley     27th July 2012 Training provider Alusani Skills & Training Network reports that it has an offering of over 150 courses in 19 different topic areas to assist various industries in improving the skills of their staff. →

By: Sashnee Moodley     27th July 2012 To improve and expand the medical skills base in sub-Saharan Africa, medical technology provider Medtronic Africa has opened a new medical training facility, in Johannesburg.  →

By: Tracy Hancock     15th July 2011 Global project management education company Davis & Dean will expand its local service offering in the next two months when it introduces a computer-based simulation focused on the financial aspect of project management. →

By: Tracy Hancock     15th July 2011 Work-at-height training provider Height Wise Training Academy has invested about R60 000 in the infrastructure and equipment of a training facility, in Midrand, Gauteng, which is equipped to train fall arrest technicians and level 1 to 3 rope access technicians.  →

By: Tracy Hancock     15th July 2011 The difficulties further education and training (FET) college graduates are experiencing in obtaining credits for overlapping courses from universities of technology and traditional universities is creating a dilemma in government's focus on education and skills development, says consulting... →

Job shadow month to expose learners to the engineering environment

Quality council for education should be operational by 2010

17th July 2009 The global union federation Education International (EI) has launched a new campaign and website that aims to assist its 400 member organisations in their efforts to ensure that funding for public education is enhanced. →

By: Petronel Smit     17th July 2009 Independent statutory advisory body the Council on Higher Education (CHE), which advises to the Minister of Higher Education and Training and is responsible for quality assurance and promotion in higher education, CEO Dr Cheryl de la Rey tells Engineering News that opportunities for attaining a... →

Striking a balance between industry needs and training

By: Petronel Smit     17th July 2009 The Graduate School of Technology Management (GSTM) reports that there is incongruity between the needs of industry and the training and education that students receive at tertiary institutions.   →

17th July 2009 Business simulations designers Business Today has developed a range of experiential board-based business simulations, named the Business Laboratory, that are used worldwide as a vehicle for providing staff with a working knowledge of business and finance. →

By: Loni Prinsloo     18th July 2008 Supplier of submerged arc furnaces, Tenova Pyromet, is responding to the call for skilled personnel in a sector beset by skills shortages, through the implementation of its internship and training programmes. →